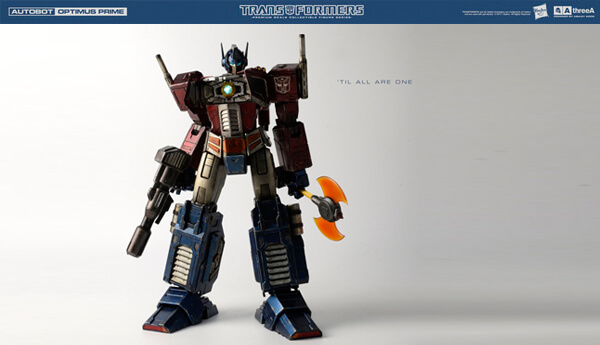 Transformer fans! can you handle Hasbro x ThreeA’s Transformers Generation One OPTIMUS PRIME CLASSIC EDITION? Just when you thought you had enough of ThreeA they pull something off like THIS. Being a Transformers fanboy doesn’t help in wanting this so badly! DAM YOU ThreeA. From the promo photos, which you can see below it looks f-ing fantastic, personally love that washes out paint application with crazy articulation too (non-transforming function, I can hear you cry). Look a little deeper and it might really be “MORE THAN MEETS THE EYE”. 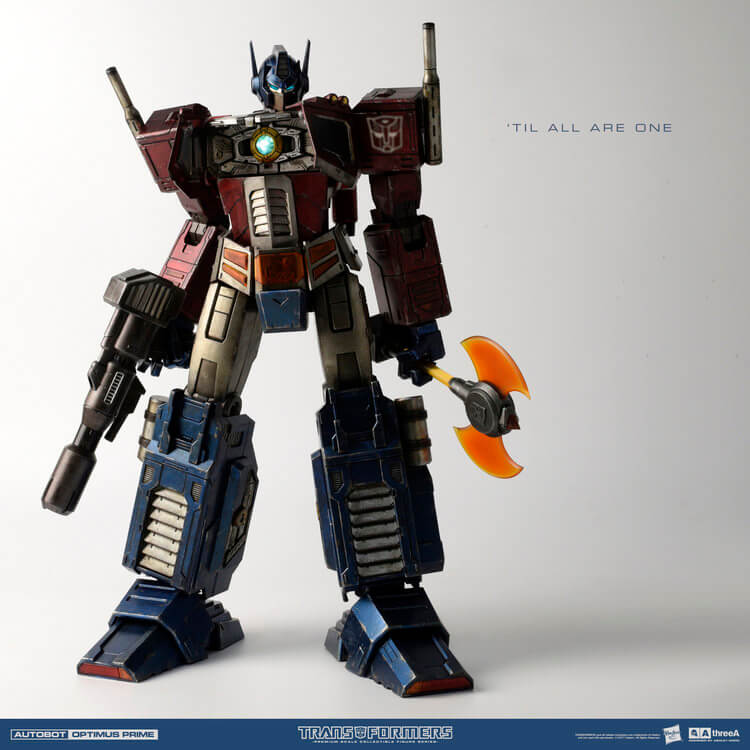 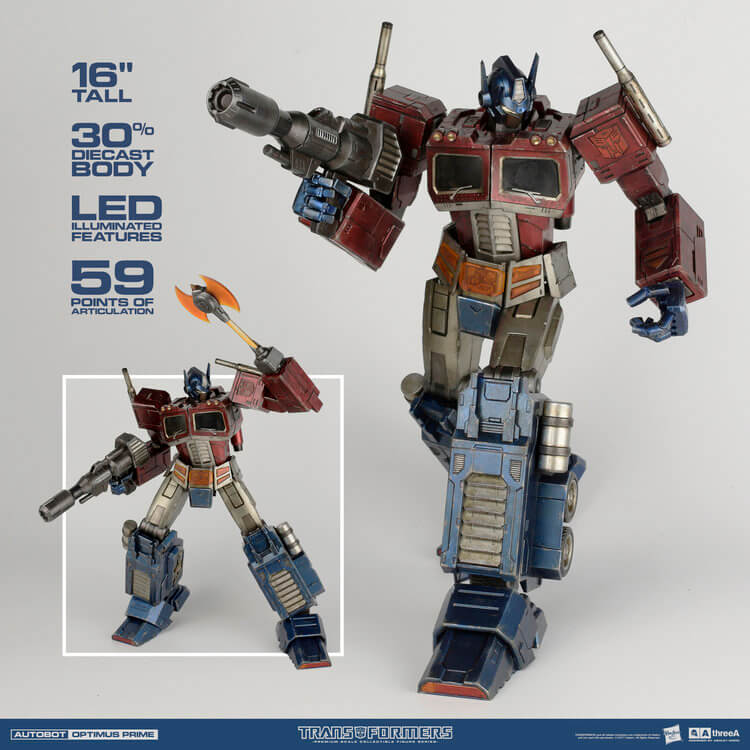 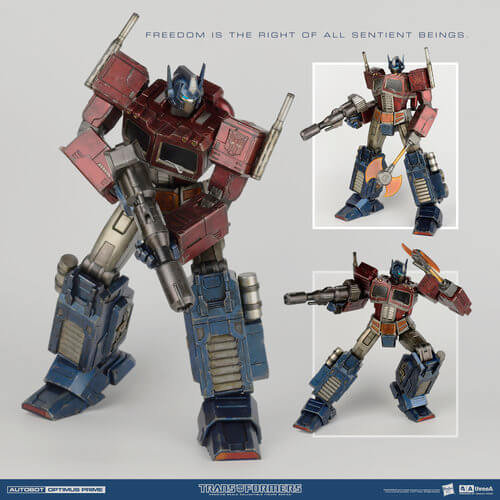 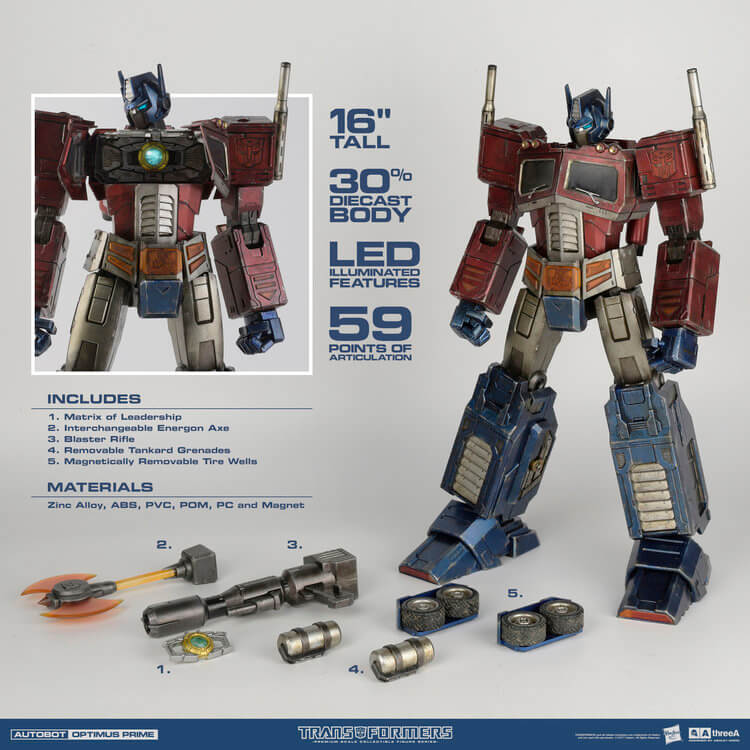 Question to myself is will it be worth the long wait, which ThreeA is known for. Will it be worth the price tag compared to whats on offer from other companies? Don’t get me wrong it does stand at approximately 16inches Tall (40.64cm with 59 points of Articulation. LED Illuminated Optics, Autobot Badge, Blaster Rifle, and Matrix Chamber and 30% Die-cast metal detailing so alot of bang for your buck but the waiting game is sometimes too long. I’ll have to see if I can resist when it’s up for pre-order JANUARY 26TH at BAMBALAND.COM AND 3A STOCKISTS WORLDWIDE!

Hasbro and 3A proudly present the first release in the epic Transformers Generation One (TFG1) Premium Scale Collectible Series: the heroic Leader of the Autobots, OPTIMUS PRIME! Taking direct inspiration from the 1980s toy and animated series character model, Ashley Wood and the development team at ThreeA have taken a remixed approach that blends their uniquely stylized aesthetics while retaining Optimus Prime’s original iconic look. 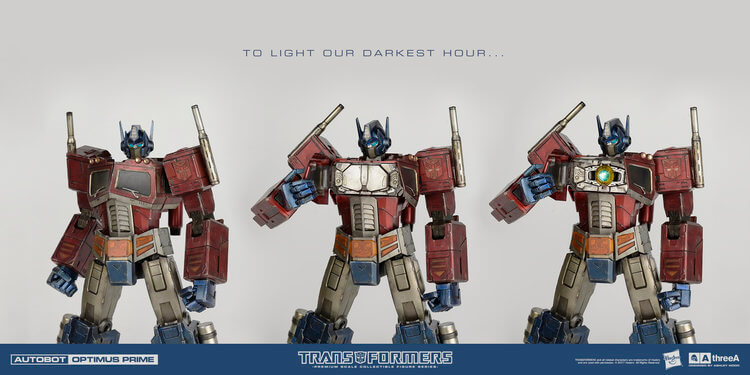 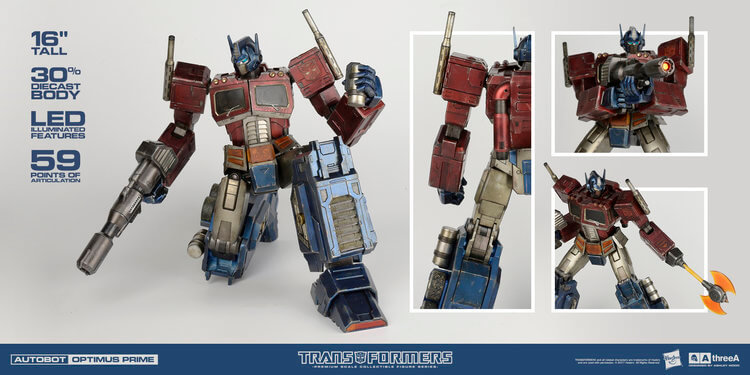 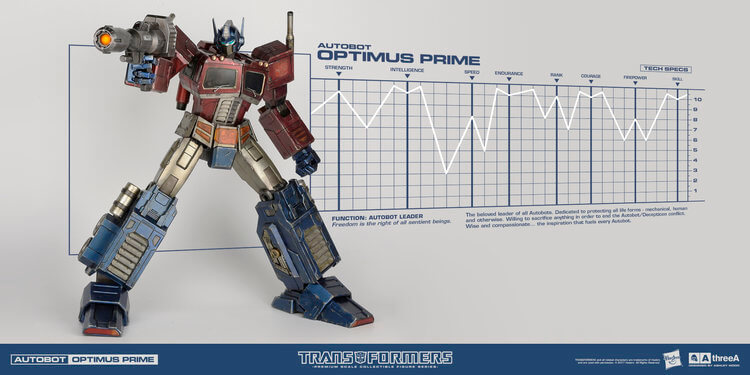