I’ve featured a whole bunch of amazing international ToyCon UK exhibitors in my previous blogs (part I & II), but there are so many great exhibitors left! I don’t even know where to begin, so let’s just start at the top of the exhibitors list.

And ofcourse you all know these lovely fellows, it’s the one and only TTC! While I was trying to take pictures of everybody’s work, Andy and Gary worked their magic shooting live footage, holding an auction for charity and giving (bearded) hugs. With The Toy Chronicle still going strong after so many years, I truly hope this will continue for many more so I can hug my TTC brothers every ToyCon.

Next to TTC was Monster Ego Studios. They brought a fantastic variety of work that had a whole background story behind it. I always love it when artists develop an entire universe around their characters and that’s exactly what Monster Ego Studios did. Their world houses Glooms, Grimms, Knoxes, Lacunas and other interesting characters that are sometimes cute, sometimes slightly creepy and everything in between. Looking forward to see how this world will develop!

Thorns & Horns / Juan Blu definitely brought the cute to ToyCon. And as anyone who knows me knows, I love cute. You could find a whole variety of adorable mushrooms in both painted and unpainted versions. The painted versions had very pretty colours and the unpainted mushrooms came in different base colours that you could mix and match. So you could have a white base with a pink top or any other colour combination you liked. Besides 3D mushrooms, they also brought several beautiful mushroom pins. Definitely liking this theme!

Fhloston Paradise had a nice variety of toys available. Like Monster Ego Studios, they’ve created a lovely universe for their character: Duck Boy. At ToyCon, they officially released the first series of 4,5″ action figures that are part of Duck Boy’s story including Duck Boy himself, Knoxter, The Assassin and Flightless. There was a preview of Duck Boy’s comic, the release of the official Duck Boy Fan Club and an 8″ deluxe collectors Duck Boy plush. Besides Duck Boy they also brought other toys including several kinds of mini figures. A great booth with a nice background story.

RYCA / Trap Toys had a wonderful display with great figures including Holy Shit and the Golden Idol of Reality. Especially the Holy Shit figure made me laugh. I’m not religious so I don’t see any harm in it and I thought it was a funny take on a phrase that almost everybody uses every now and then. With several other items for sale, they brought a nice mix of fun and cool high quality art toys.

At the Green Chimera booth you could find the work of the lovely Rachael Hayes and Verity Filipow. It was so difficult not to buy everything! Rachael brought a lovely bunch of Cosplaying Foxes including Pokémon and Star Wars themed foxes (how did I not get Pikachu?!), fox stickers, super detailed Mandrakes and Stagletts & Skellies. But this wasn’t all, Verity had some seriously awesome dragon busts and beautiful blank Vulturettes with absolutely amazing details. Other blanks that were a bit more on the cute side were the Boids that came in several different colours. Verity also brought several types of Candy Critter magnets including aluminium and iron cold casted versions that looked seriously fantastic. Okay, I’ll just admit it. I’m a fan of their work!

I’m ending this post with Toy Trash, who definitely didn’t bring trash! Toy Trash is an online store selling exclusive designer toys from around the world. They had so many cool toys that I’d never seen before AND they had an assembly table where you could create your own mini figures. How cool is that?!

There are many more amazing exhibitors to post about so prepare yourself because I’m not done yet O:). 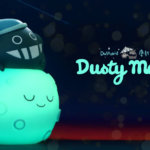 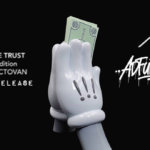