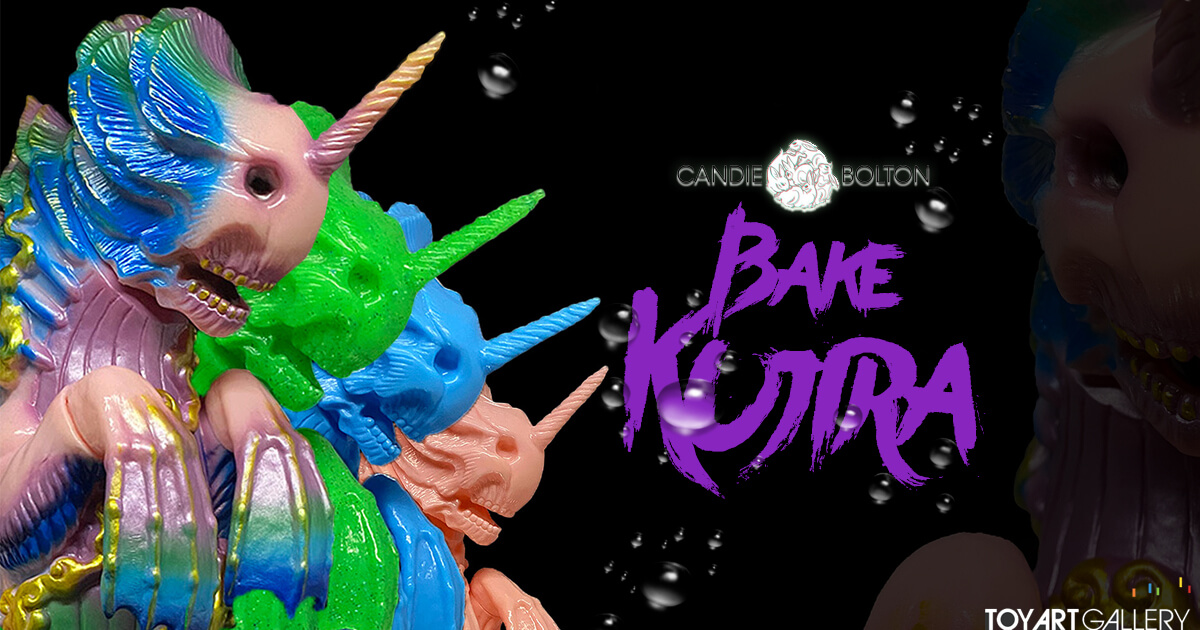 This week will see the return of Toy Art Gallery x Candie Bolton’s BAKE-KUJIRA The Phantom Whale! from the deepest oceans comes not one but four BAKE-KUJIRA’s! Toy Art Gallery x Candie Bolton has summoned the BAKE-KUJIR’s, Pink, Blue, Green Glitter and the Painted Pink. Toy Art Gallery is proud to present four new editions of Candie Bolton’s Bake-Kujira: The Phantom Whale! The Bake-Kujira is the reanimated corpse of a vengeful whale spirit. It brings a curse of famine, plague and natural disasters to the village that caused its demise. They can be found on rainy nights near the coast with a host of strange birds and fish swarming around them.

The BAKE-KUJIRA stands 11″ tall and is articulated at the head and hands. The BAKE-KUJIRA editions are available this Friday 7/24 at 12PM PST, only at shop.toyartgallery.com.