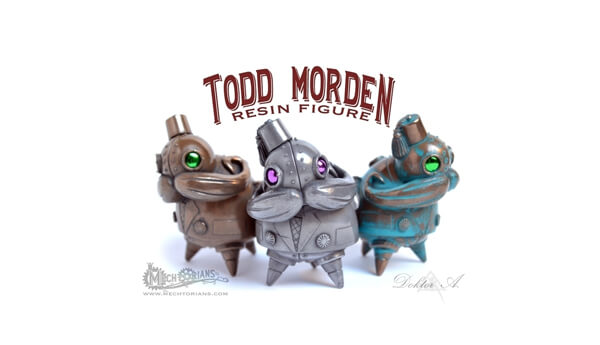 The countdown to Designer Con 2015 is underway and it’s not long left! Doktor A has just released his new “Coldcast” metal resin figures Todd Morden which will be available to all the lucky folks who’s going to Dcon.  Just look how well sculpted they are. We dig Todd’s pose. 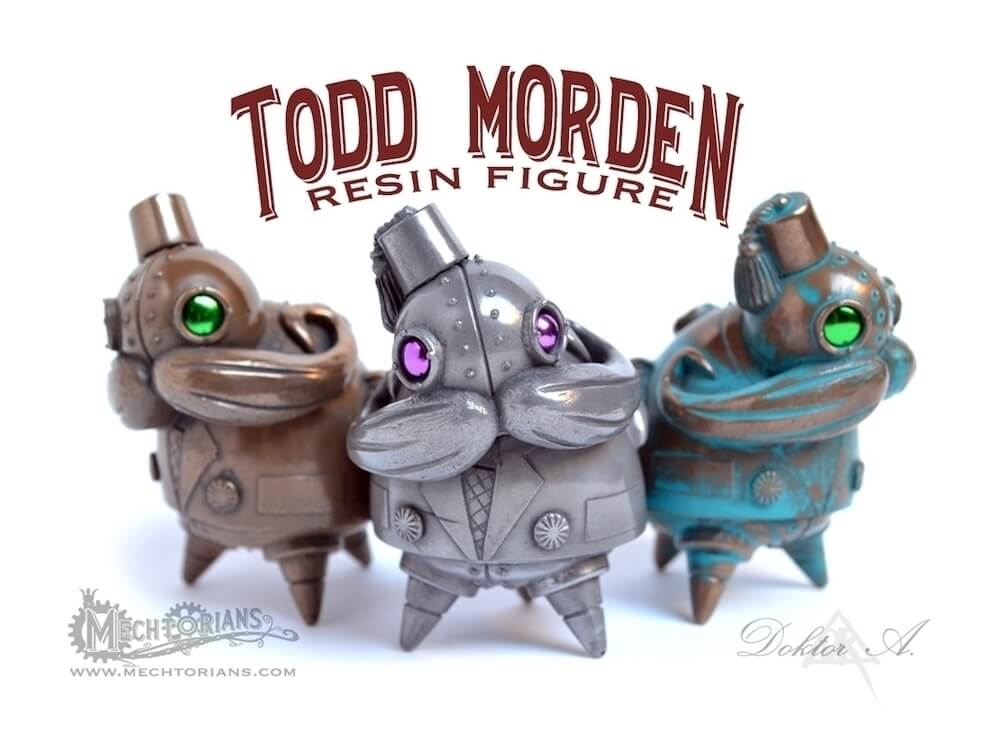 “Todd grew up in the shadow of his popular sister Heb.
Some people called him odd. But really he is simply unique.
Artistic, quirky, friendly and mostly Vegan.
He dwells in a lovely valley and quietly effects the world.”

This new Mini Mechtorian 3″ tall resin figure will debut at Designer Con in Pasadena on the21st & 22nd of November..
Sculpted by Doktor A and handmade in England Todd comes in three “Coldcast” metal editions of 100 pieces, Pewter, Brass and Verdigris.
Only 10 of each will be available at Designer Con for $45 each. Doktor A‘s Booth at Dcon will be #114. Regarding information about after sales stay tuned for an update.

For more information about Doktor A and his other toys visit www.mechtorians.com

Need a custom? hit Doktor A at