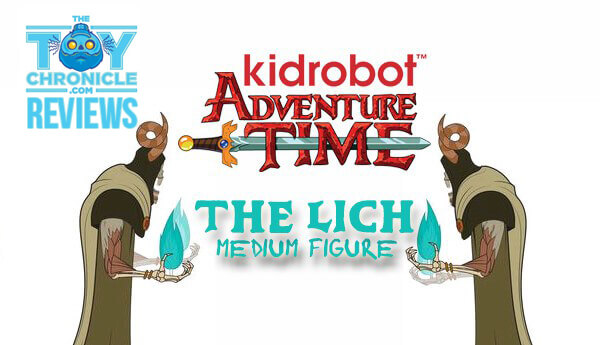 Kidrobot announced in 2015 that they were collaborating with Cartoon Network to bring us an Adventure Time series. From chains, a blind box series and Medium figures we had it all. We’re so glad they did it. Adventure time is one of our favourite franchises, not only for the show itself but also for the way the characters are designed. They translate very well to 3d, the “rounded” designs and charismatic characters. With a soft spot for bad guys we we’re excited to know that The Lich was coming to fill Kidrobot ranks, and we finally have it. Is it cool?
The Lich formerly named the Lich King is the major antagonist in Adventure Time, the master of the undead, evil himself.

“Dragging sadness in the edges of his cape, and towering over those who approach him, the Lich leaves a trail of sadness wherever he may go. Slowly reaching out his bare boned fingers to capture you in a spell, the flames of the Lich will burn in fury in any room. Standing coldly with his pitch black eye sockets that hold no love, no understanding and no mercy, his green eyes dimly glow in the pitch black of night. He is the end, he is ancient darkness and he is ready to be yours. Not knowing the real truth of the Lich and the creation of his existence, we only know he is a true monster.”

“So yea TTC, how about figure? Does it rock?” We’re getting there my child. 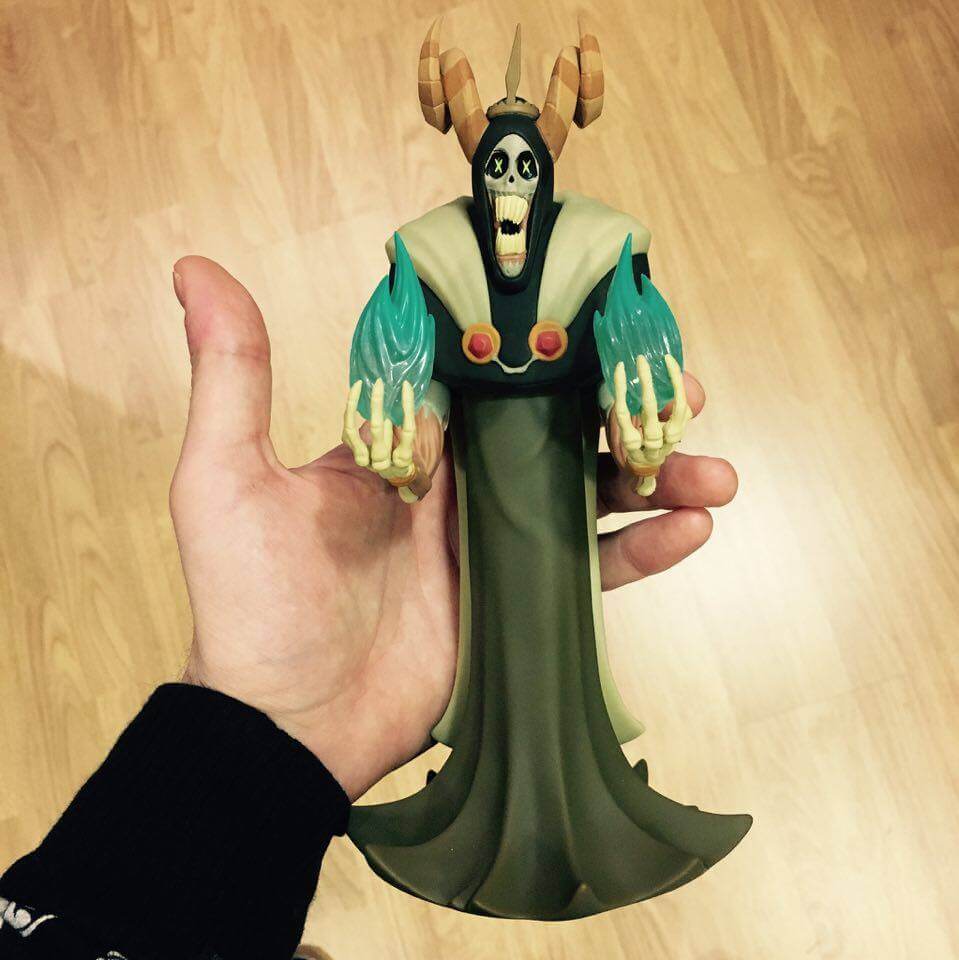 Here we are, holding the master of evil. The Lich stands 8 inches tall and we’re holding the main line colorway, there’s a limited edition of 150 glow in the dark, kidrobot.com exclusive (just for reference).

Comes in a nice box, a window box like companies are making nowadays, no problems there, we still have conceptual art on the sides and back.

Actually extra points on that package, the blue flames on the sides head to the box front and make for a nice frame for the figure;

On the back the full conceptual art for the figure, that’s a good box right there. It’s very important that they show you the original figure design, specially in a rendition of a known character from an animated series. 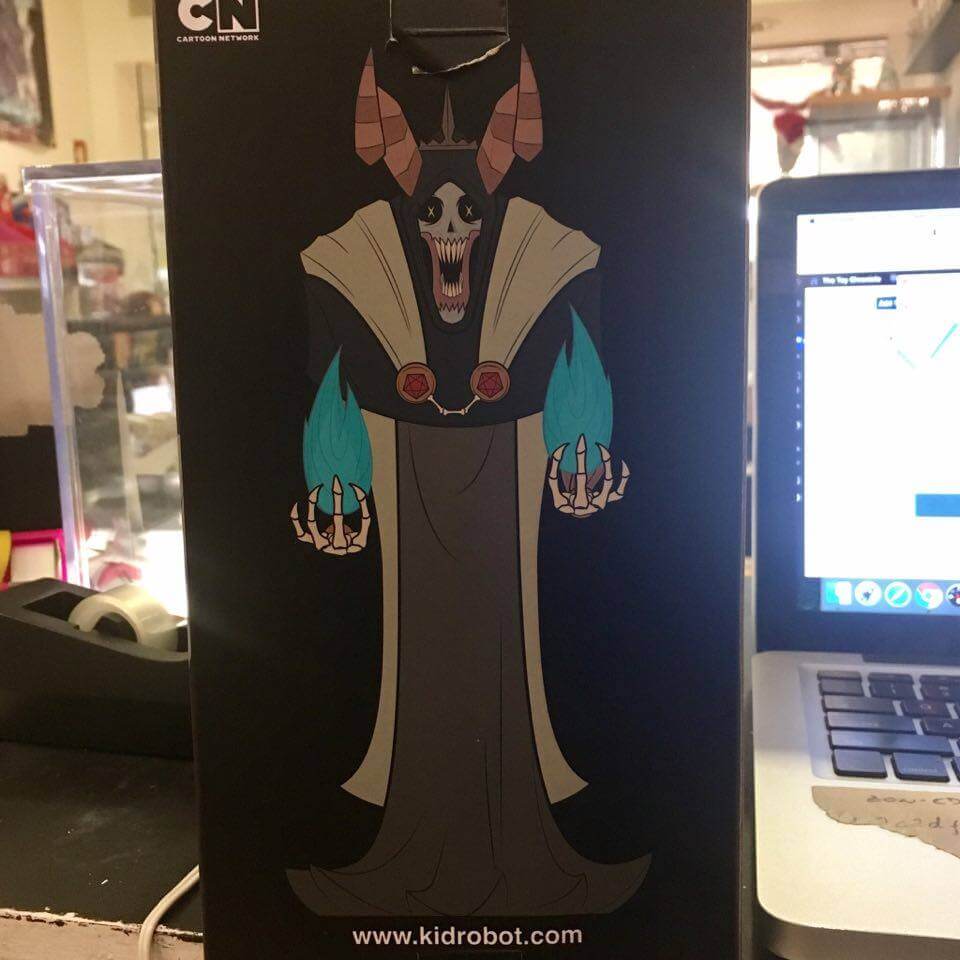 Also, quotes from The Lich are featured on the box flaps;

This makes for a nice experience when you are unboxing it!

And now for the figure itself. 8″ of quality Vinyl, you can smell it right out of the box. Being that tall and slim (almost 2 inches on the waist) it was a nice surprise to realise how robust it is. Feels solid with a decent weight.

Sculpt in on point with clothing textures very well designed, giving “phantasmagoric” look to The Lich. Also, the way they transition from “slim” to shoulder wide makes for that “powerful creature” effect;

The slight head tilt o the left gives the impression of asymmetry  in a rather symmetric piece; 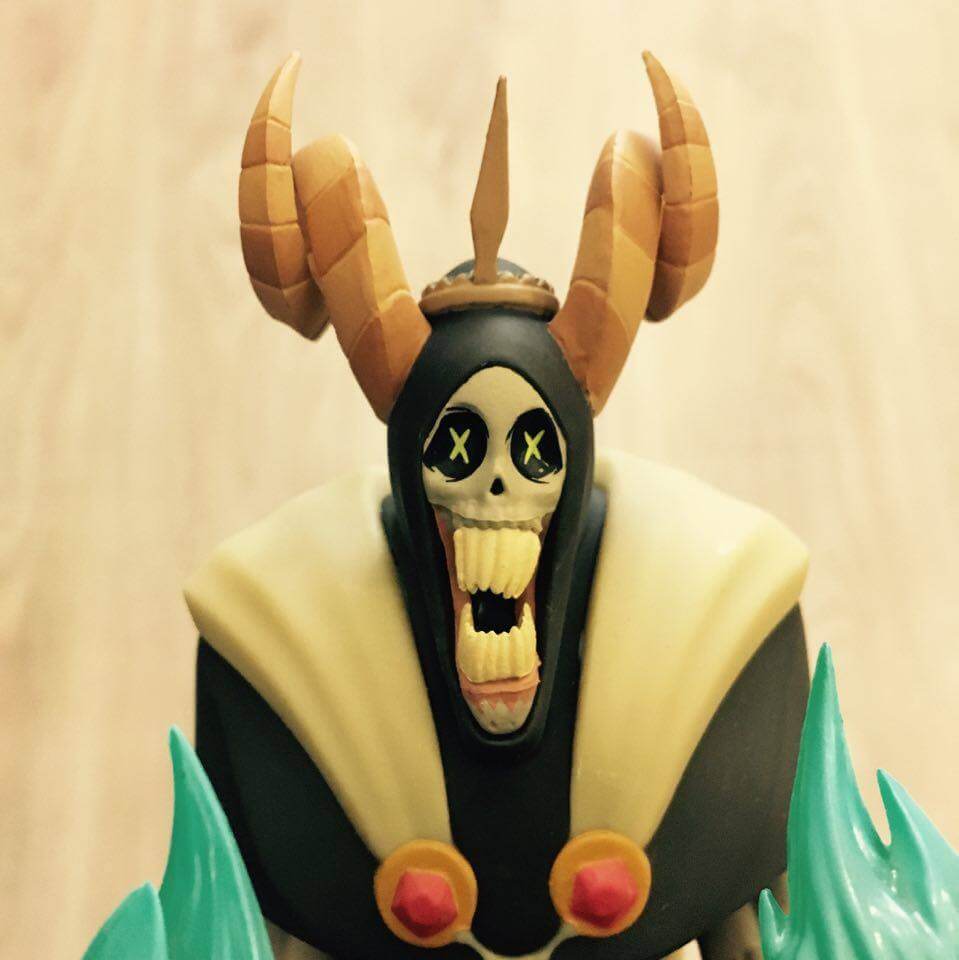 The arms and hands sculpt and details are very consistent with adventuretime.wikia.com description of The Lich’s physical traits; “…The arms of the Lich are bare bones with various decayed tissues, and his skeletal hands burn with an eerie fire when casting spells...“;

But the thing that we really liked about the sculpt is the wait it’s leaning forward, impression of movement and again a superior being; 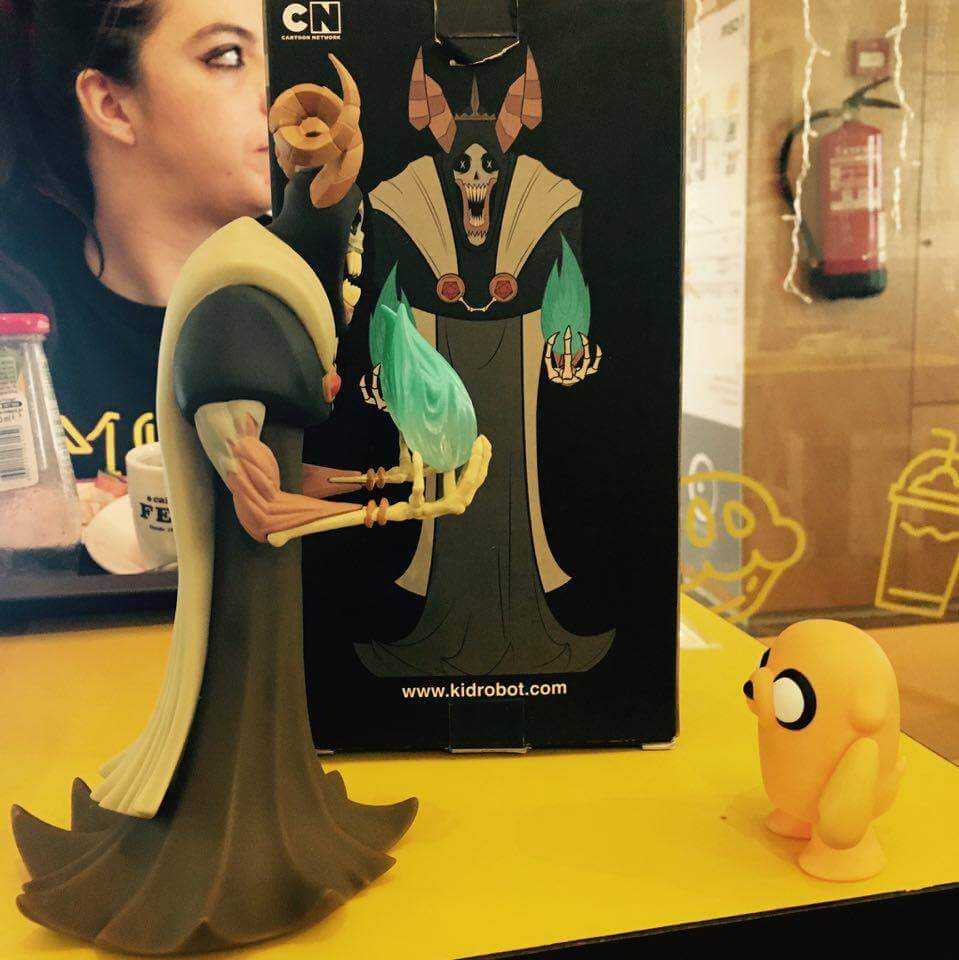 But is it all roses and lollipops with this figure? Well, almost…

Let’s talk about the two accessories that come with it. The Lich’s hand flames; 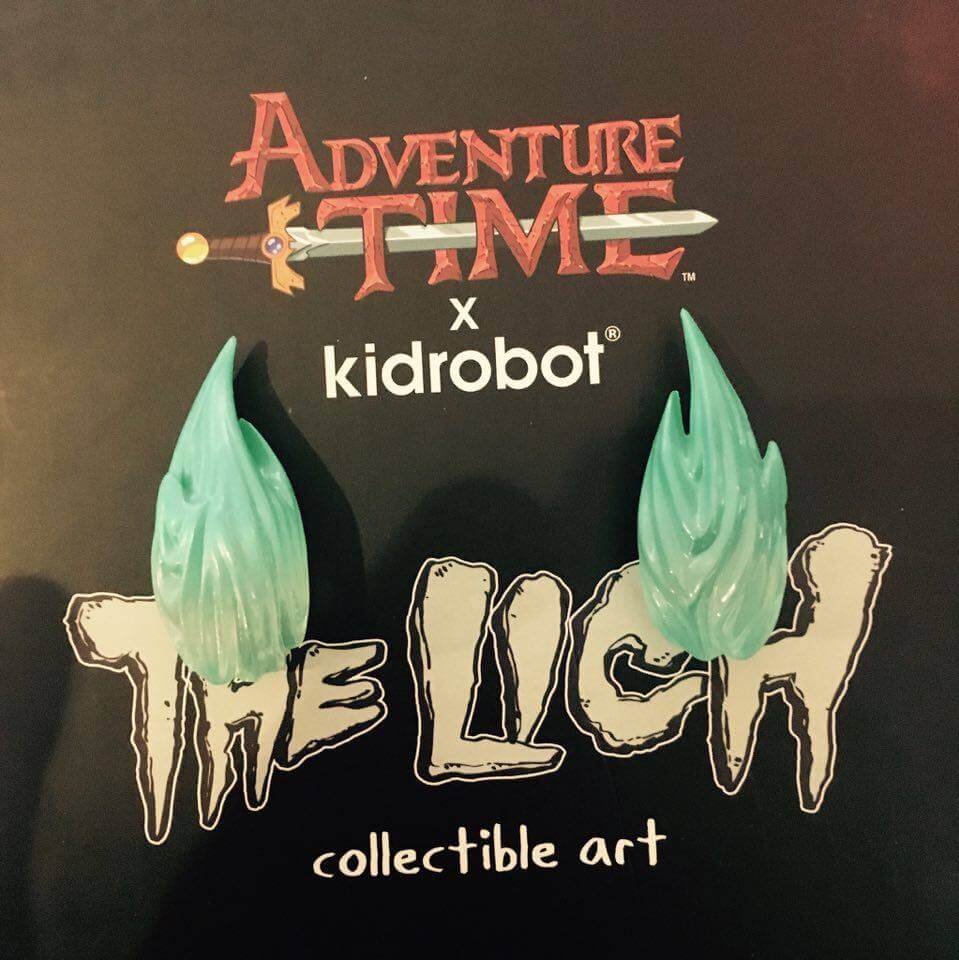 These are made in a very hard translucent clear green plastic (non vinyl). Very well casted, you can’t really notice the cast lines. But theres a little downside here. It was very hard to attach them to the figure’s hands. Not only that but we almost feared damaging the hand supports.

Although when assembled the flames like they’re hovering on the hands, they look like and extra finger on The Lich’s hands. We wished they had solved this in another way. So if you’re displaying it, without the flames is a no no.

That being said overall it’s an awesome figure. If you’re into Adventure Time we strongly recommend getting it. It’s fairly priced at $ 75 at kidrobot.com.

This figure works really for everyone, the design is strong enough to be in any collection if you’re into bad boys.

Tell us what you think? Do you have it?  Are you getting it?