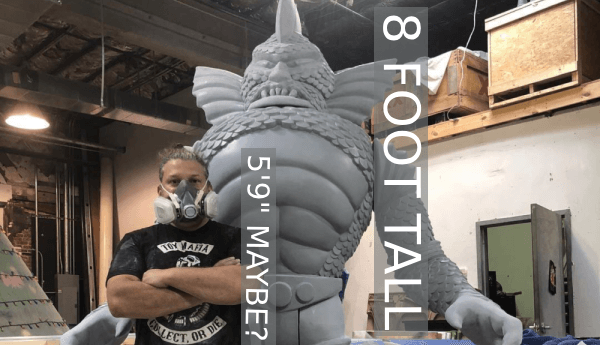 The Outer Space Men went COLOSSUS literally & figurately for their 50 year anniversary at Five Points Fest this week. With a ‘little’ help from our friends at Clutter Studios, Clutter have been able to create an 8ft version of their Colossus Rex figure via the means of 3D printing. Clutter Studios have assembled & finished an 8ft version with full articulation and a genuinely deadly two-handed battle mace! So impressive! Mega congrats to Josh & the guys at Clutter Studios for this epic creation. We can’t even begin to fathom out how this was put together! 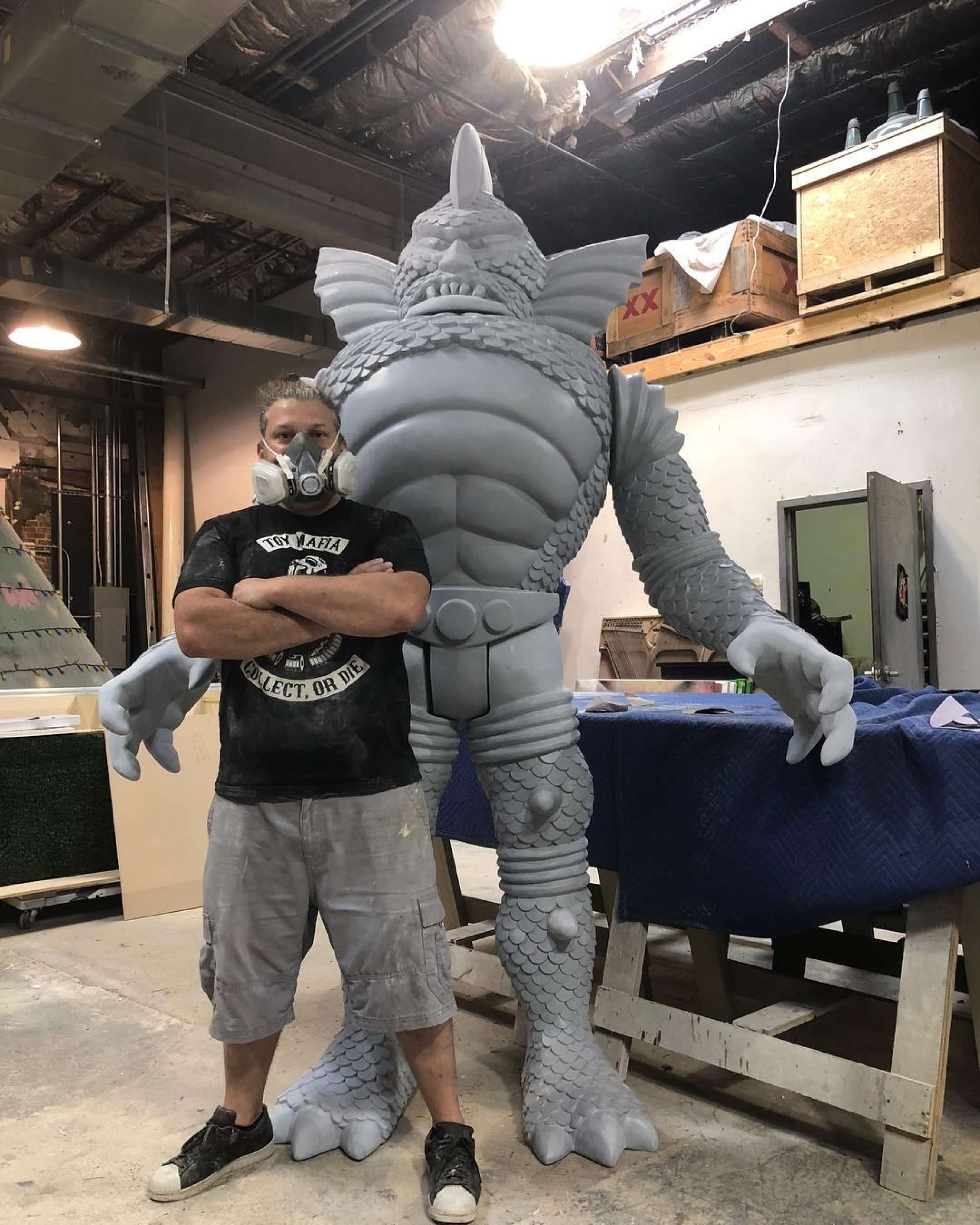 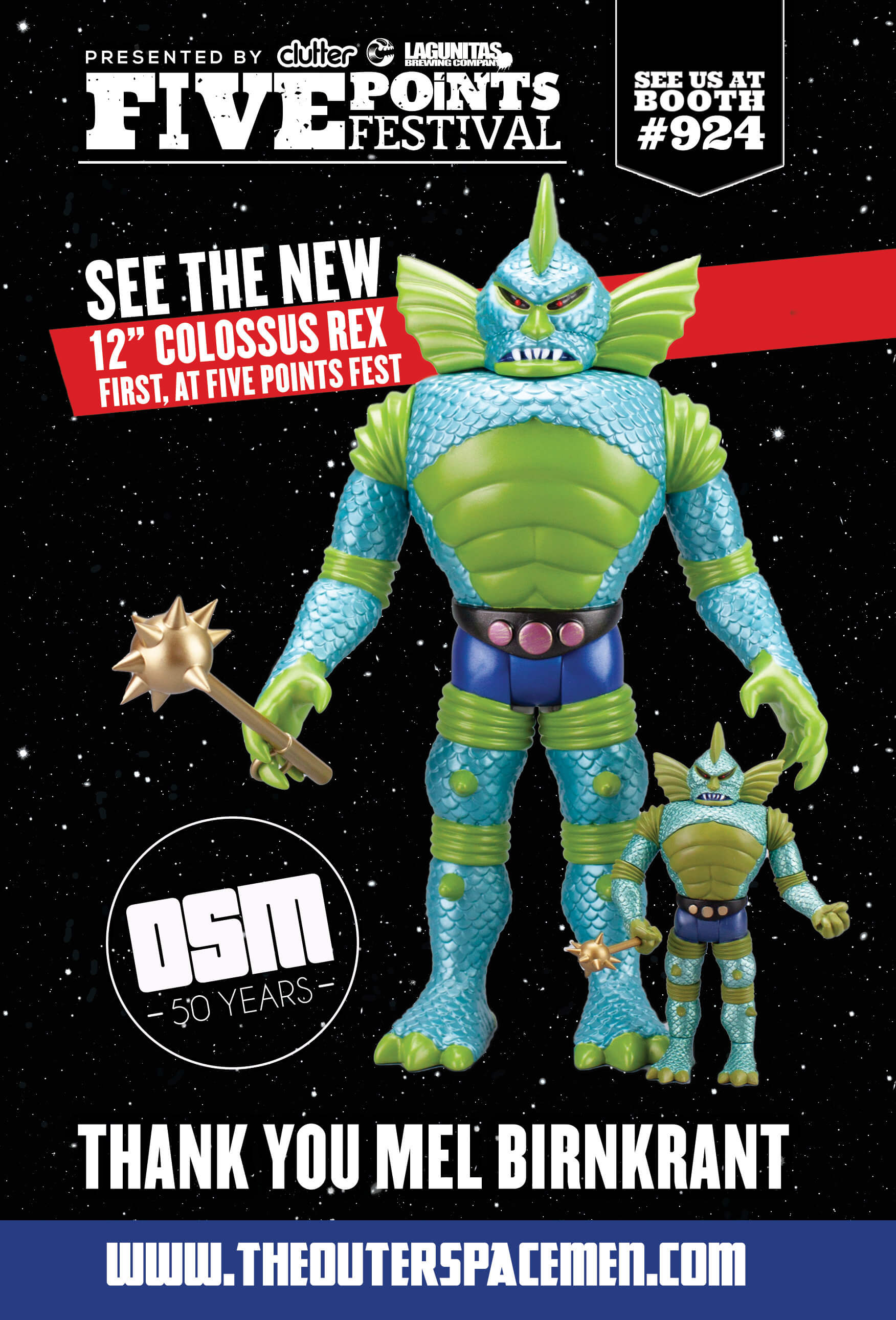 Hitting the scene in 1968 and licensed to Colorforms, The Outer Space Men were a group of seven bendable action figures designed by toy inventor Mel Birnkrant. Each of the original seven figures represented beings from other planets in our solar system including Alpha 7, The Man From Mars; Astro-Nautilus, The Man From Neptune; Commander Comet, The Man From Venus; Colossus Rex, The Man From Jupiter; Electron+, The Man From Pluto; Orbitron, The Man From Uranus; and Xodiac – The Man From Saturn.

After their initial success, they faded from the public eye in 1969 after man walked on the moon. It was in 2008 that wall street executive and co-owner of The Outer Space Men, Gary Schaeffer, published the long-awaited graphic novel reintroducing a whole new generation to The Outer Space Men world. With the huge success of the graphic novel, Birnkrant and Schaeffer issued a license to the four horsemen studios (seventh kingdom, mythic legions, masters of the universe) and released a new series of action figures.

Ahhhh we are soooo excited for Five Points now! We are finally only days away from flying from London to NYC to catch up with everyone & everything! Hopefully, we’ll see you there? Give us a shout if you’re heading over to Five Points and we’ll come say hi to you. 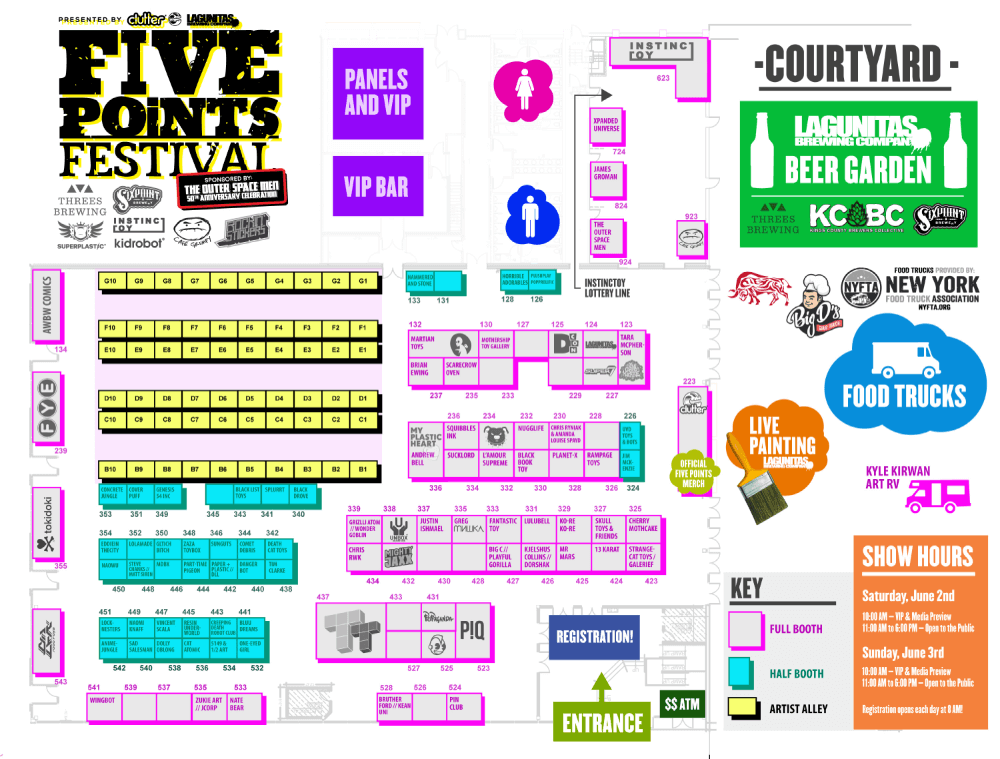