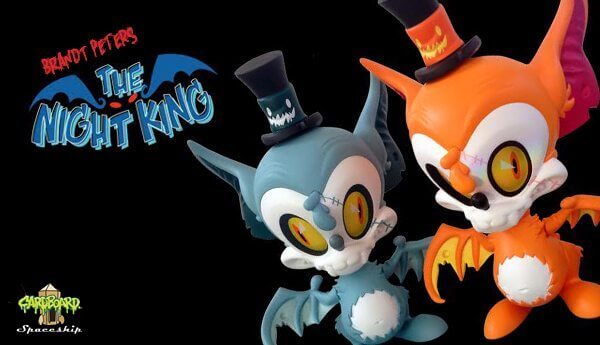 From the world of Stingy Jack and the mind of Brandt Peters comes the debut release of THE NIGHT KING! First teased back in March HERE. Today Stranger Factory/ Brandt Peters sheds some light on the release. Seeing both “THE NIGHT KING” in full you can see Carboard spaceship have done another marvlous job by producing Brandt art work into a vinyl toy.

“Making his debut release during the Stranger Factory 5 Year Anniversary show on May 6th, The Night King appears out of the shadows in two colorways of Candy Corn and Half-Dead! Be the first to channel this mysterious being this Friday!” 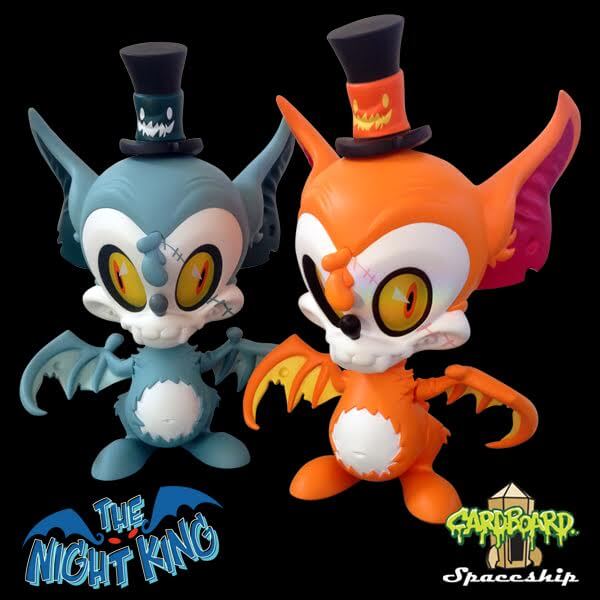