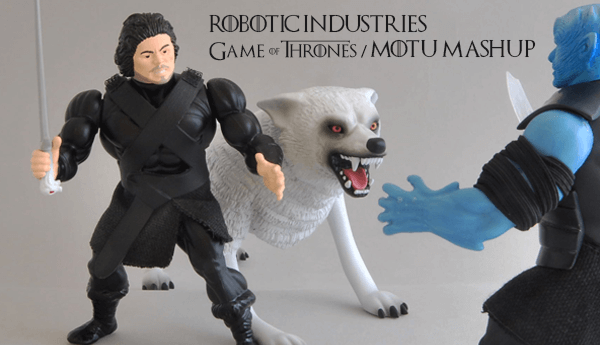 With the penultimate Game of Thrones season FAST approaching, Jame ‘Robotic Industries‘ Freckingham has gone and mashed up our favourite GOT characters with the world of He-Man! You may remember his highly sought after He-Finn and Battle Jake from 2015, well this time he brings us Jon Snow, The Night King and Jon’s Direwolf, Ghost! Oh, we know nothing but what we do know is that this is f’n awesome! 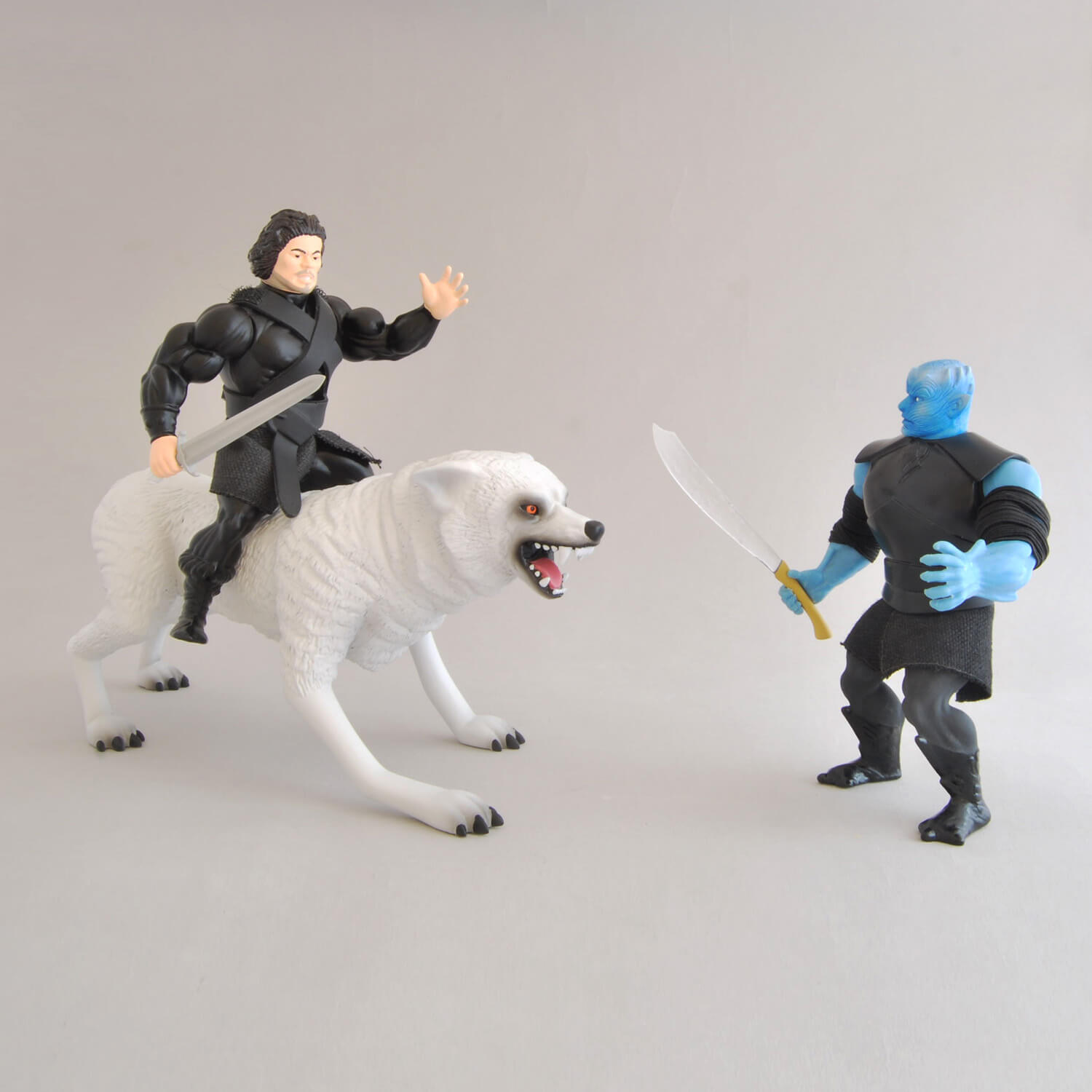 [quote cite=”Robotic Industries”]Jon is a custom He-Man with all new sword, belts and material cape. The head retains He-Mans features but now sports Jon Snows trademark flowing locks. The Night King is based on a Skeletor figure with a whole new head sculpt as well as new sword and armour. Ghost is an entirely original sculpt based on the proportions of Battle Cat read for Jon to ride into battle on! All three are one off pieces at the moment but that is how He-Finn started so watch this space![/quote] 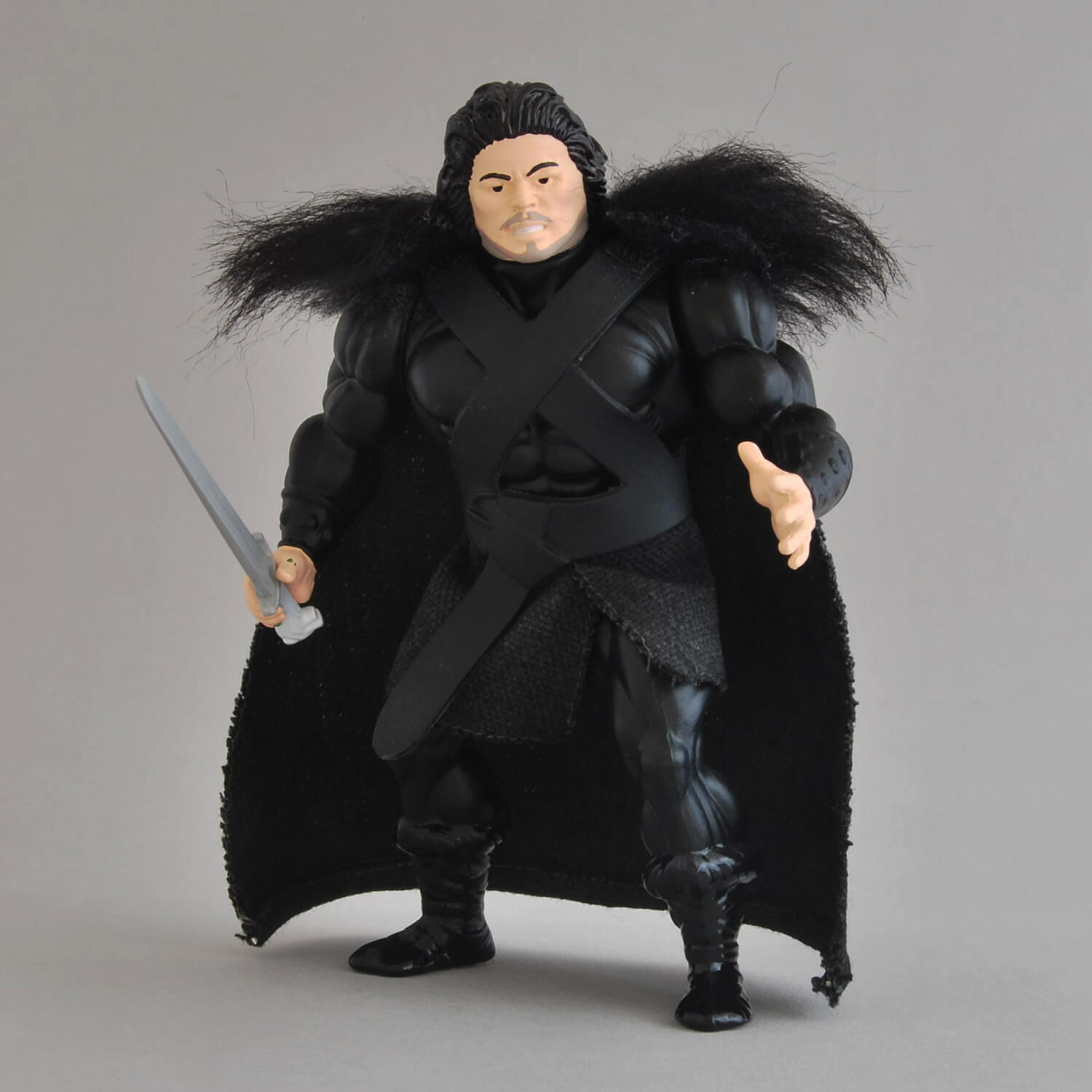 Game of Thrones is by far one of the best TV shows in living memory, so we are always going to love any collaboration that involves the characters from the land of Westeros, and Robotic Industries has done a cracking job connecting Masters of the Universe and Game of Thrones. 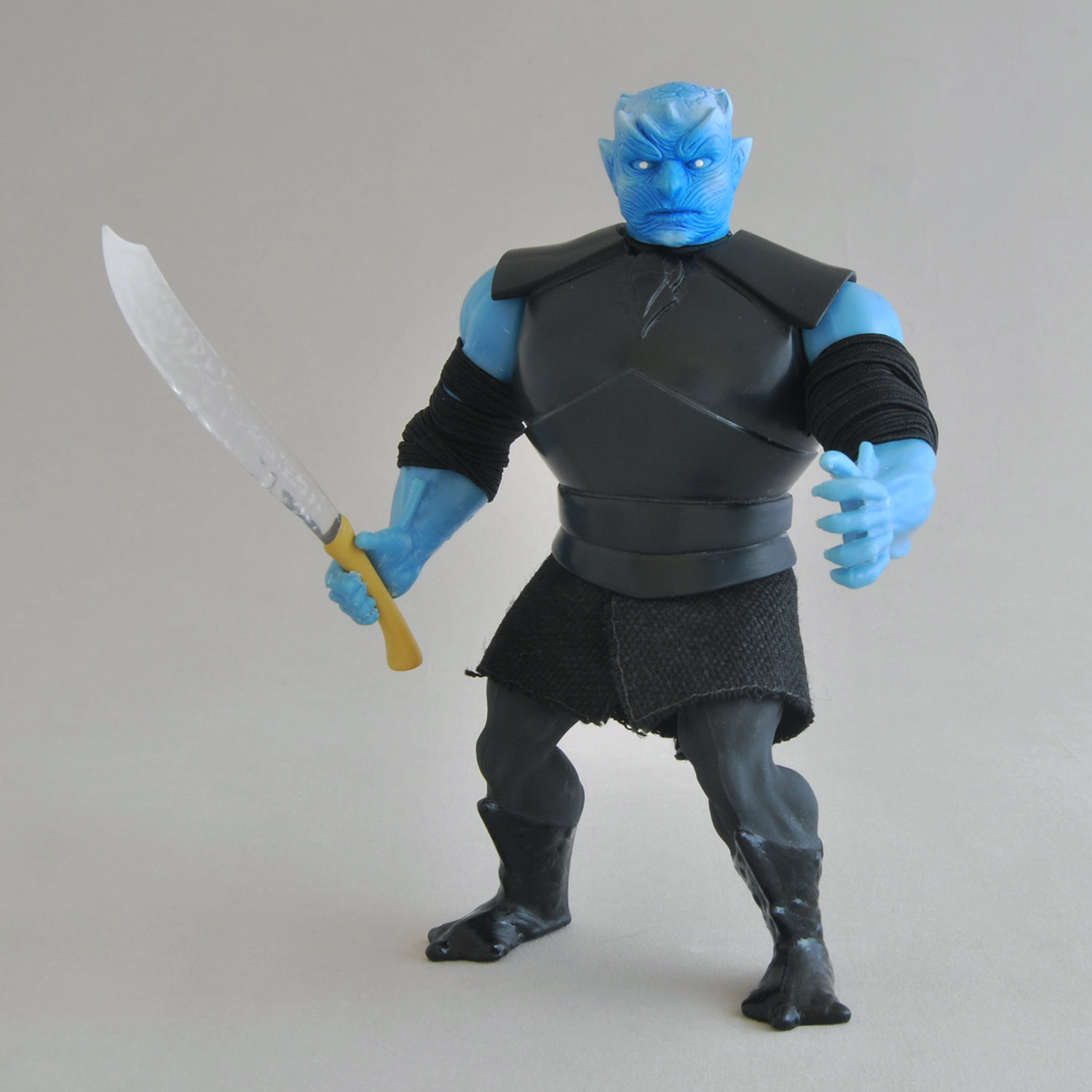 [quote cite=”Robotic Industries”]These customs come from my love of Game of Thrones and He-Man. Having grown up watching He-Man as a child I feel that Game of Thrones is an adult version of the cartoon. Both are set in fantastic alien worlds where magic and monsters are everyday occurrences but where as He-Man lives in a simple black and white/good and evil world. Game of Thrones is a much more complicated place with people having complex reasons for their actions and as we grow up we discover that this is much more the case.[/quote]

These are all currently one-off pieces, however, this was how He-Finn & Battle Jake started. If there is enough interest in these figures, we’ll be certain to see a small run (10-15 pieces) from Robotic Industries in the near future. So if you love these figures, please share and spread the word! We’ll all be rewarded if you do!