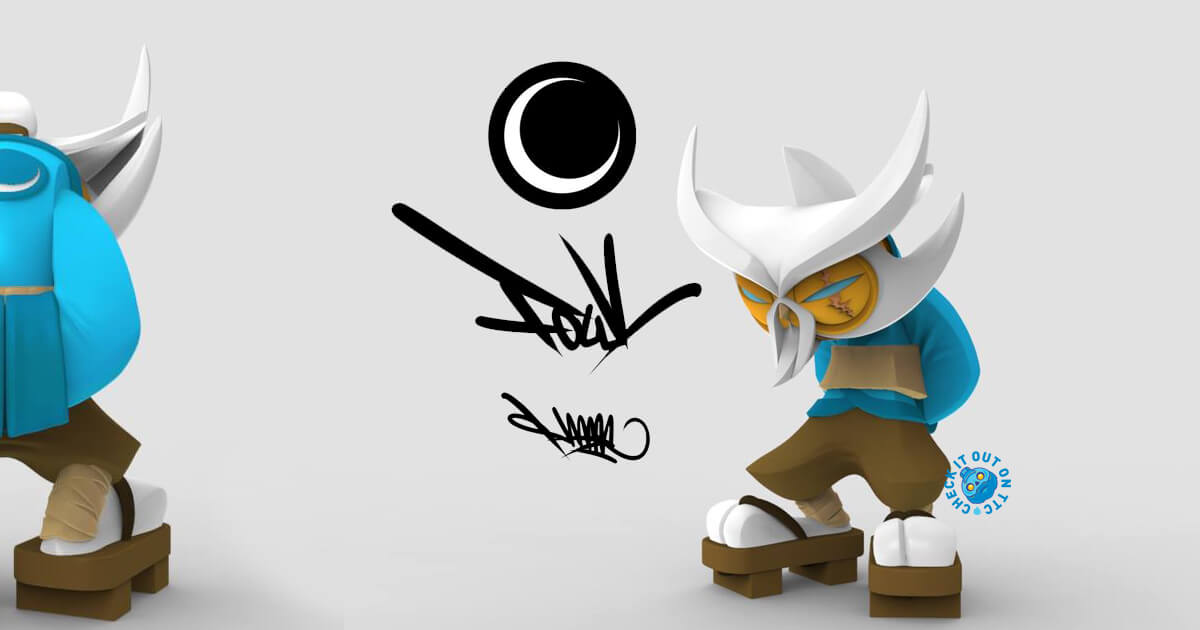 Philippines based Jaycee Jan Geronga hits it out of the park with his “FOWL”. That ancient Asian look with a modern twist! Already setting alight in the local scene. Jaycee has even created a backstory and a world around The Fowl opening the possibility of an expanding world of Jaycee. The stance and the jagged look of Fowl have us wanting to see the next chapter of Jaycee art.

The elder of his kind is the ultimate bearer of wisdom, his family members and students look up to him as the master, but he never intends to be one, he places himself in the same levels of his disciples, a forever student of the craft who never ceases to learn. He trains at the Aviary Dojo, a place where the Fowl clan hones their skills through means of, martial arts, mysticism and self-awareness.

Calm and collected, tolerant yet just, he seeks to teach and share wisdom with others as he learns from them too. He does not sleep, he fails every time he tries but he never quits thus along with his countless attempts and persistence he reached his own level of self-controlled state keeping an eye for the evil at all times. He does not wish to fight, as a pacifist, he really avoids being involved in one, but does it so if it is inevitable. You do not want this old geezer to fight back.”

Art print A4 size and stickers will be included for every Fowl OG.

Philippines release Only International please note, Fowl will ONLY be SHIPPED when postal service gets back to normal.

HOW TO ORDER: Simply Direct message via Facebook or Instagram.com/napper_silentscream/