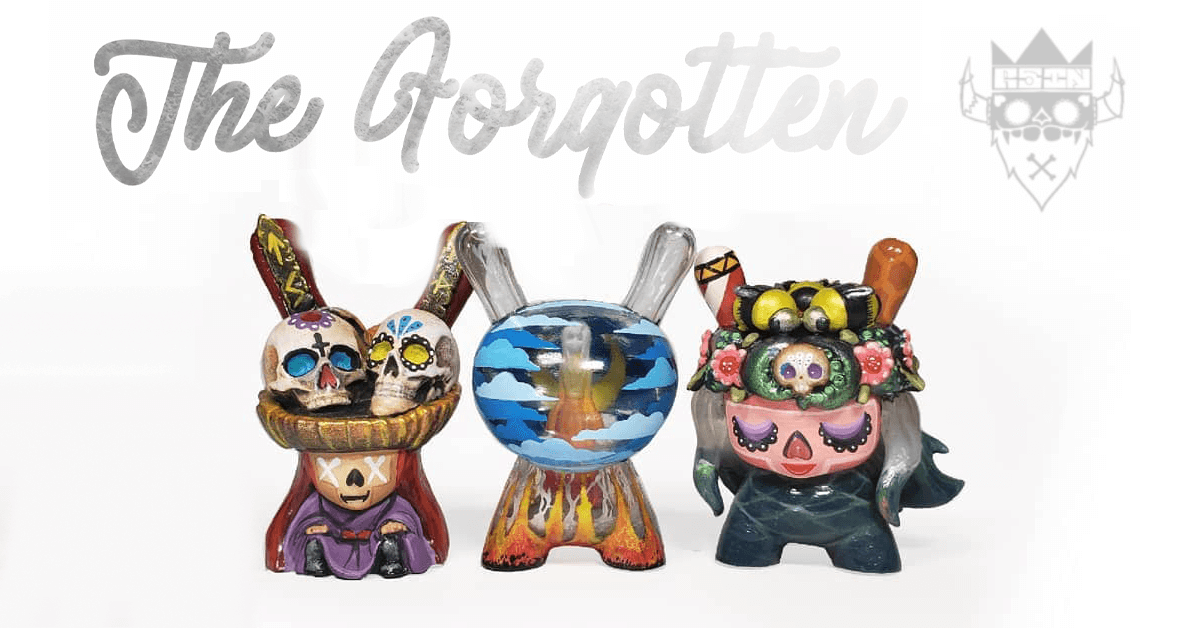 It is always a joy to see Rsin and his art take shape, even more so when his art is on the Arcane Divination Kidrobot Dunny Series Two that dropped this past Spring. I don’t recall anyone customising this series yet, so it’s great to see Rsin take on this responsibility. Not only customising this awesome series, but KNOCKING IT OUTTA THE PARK with his paint work!

Rsin has been working on a series of SIX custom pieces from the Arcane Divination S2 series, which he plans to drop at 6pm EST (11pm BST) on Sunday 25th August. Taking on Strength by Camilla d’Errico, Emperor by Dok A, Justice by Tokyo Jesus, Clairvoyant by J*RYU, Survivor by Tokyo Jesus & Nature by Camilla d’Errico. Each is priced at $125 per blind box. This price includes FREE shipping in the USA (with shipping internationally a small cost). You’ll be able to purchase on the Rsin online store HERE at 6pm EST on Sunday.

It is worth noting the if ALL six customs sell, Rsin has a special custom seen above in the form of the custom Ghost J*RYU Dunny. All six sell, and one lucky custom will receive this extra special custom piece. Painted on the inside & out of the Ghost shell. Rsin also has a small canvas that will be shipped as well to another person who purchases a box! Odds are in your favour!

Last 2 years have not been easy with my health issues. In the first 8 months of this year I have only felt good maybe 6 weeks.   It takes a toll on me physically and mentally, and it effects my wife and my little one.

Seeing as I’m having a hard time sculpting with the nerve damage my hands have, when I seen the Lost Cards set coming out and noticed how most of them were sculpted I figured they would be fun to just repaint a couple.

Go support Rsin with his The Forgotten series. Stay tuned for some more Rsin posts in the next 24hrs! You can also follow Rsin on Instagram HERE.