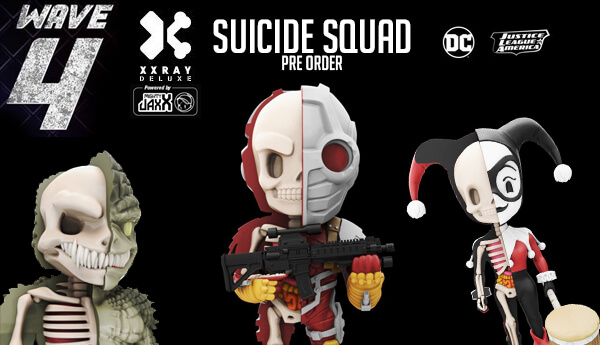 Ever imagined DC Comics Suicide Squad being kinda cute and have a chibi style to them? Well Dissected master, Jason Freeny and Mighty Jaxx have released their Suicide Squad version of the comic villains all in XXRAY versions. Everyone loves a bad guy, This time they have turned up a notch with wave 4! DELUXE editions with added fire power to two of the characters Harley Quinn and Deadshot get changeable weapons. While our favorite out the the 2 Killer Croc has insigne texture on his skin. First time we get to see XXRay figure get weapons packs very interesting move from the XXRAY team. 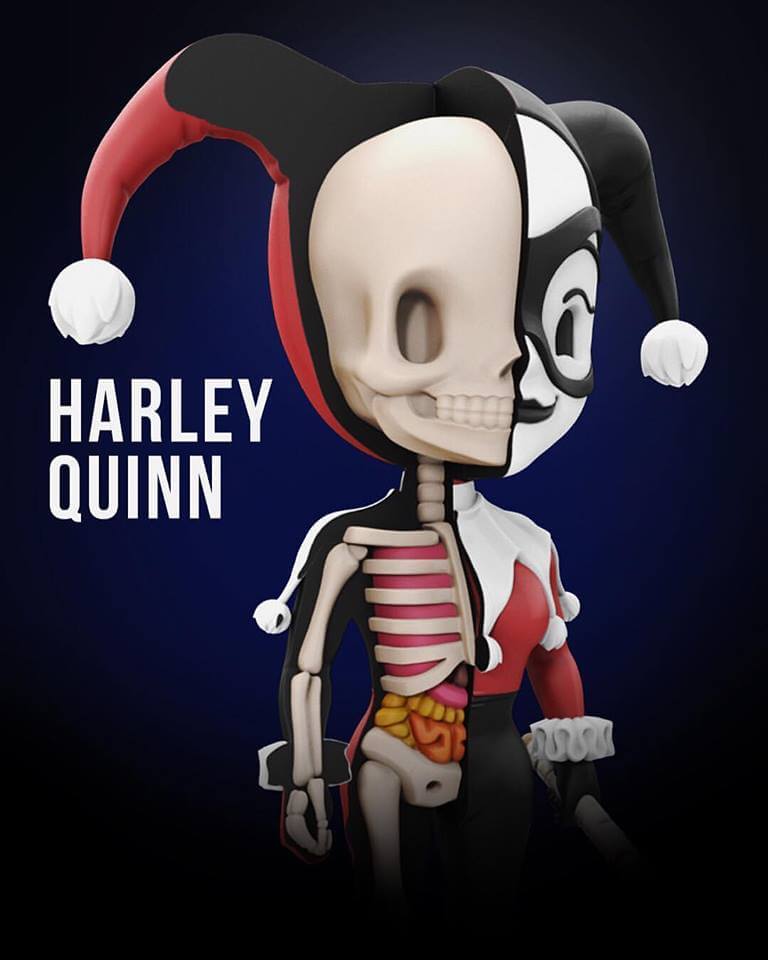 A flamboyant super-villian and an adversary of Batman usually recognised as the Joker’s girlfriend, although she has had her own strong solo career. When not with the Joker, she has been working mostly on her own in Gotham City, sometimes teaming up with her other friends. Her special abilities include an enhanced physiology due to chemical experimentation, giving her increased strength, agility and durability.

The Maid of Mischief from the DC Universe, part of the Suicide Squad! She stands at 10cm (4″) tall, featuring an unique dissection.

Harley Quinn is a special Deluxe release, featuring interchangeable parts such as her oversized hammer, bomb and pistol.

This collectible is individually hand painted and assembled. Collect all specimens and form the ultimate collection. 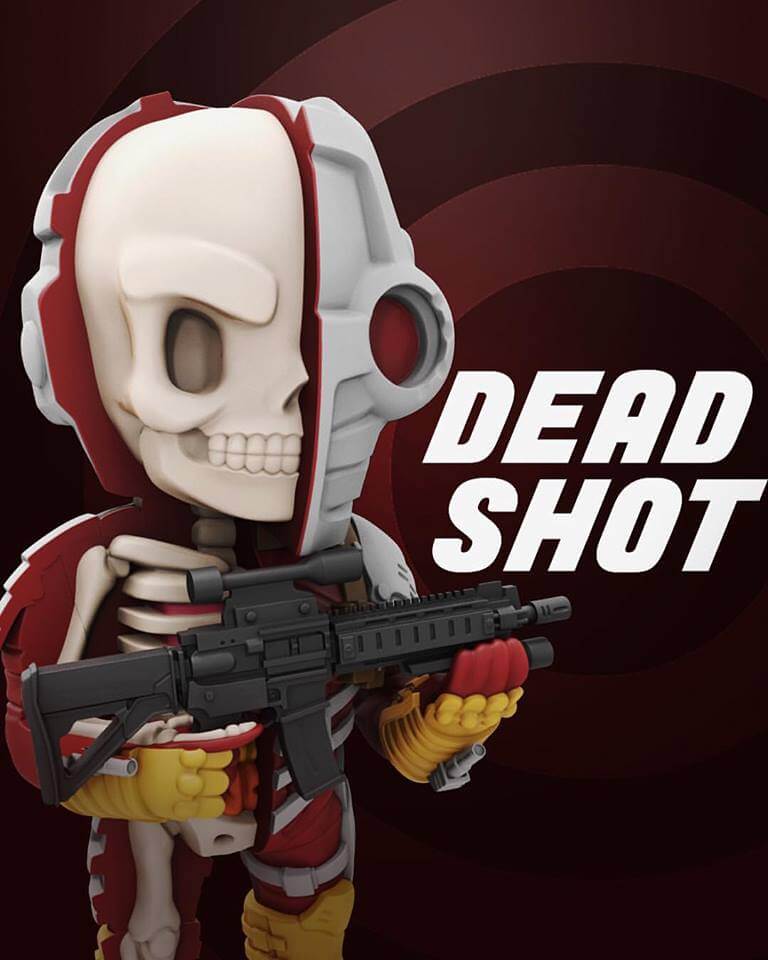 Possesses an unfulfilled death wish, along with his ability to “never miss” his target. However, this complete disregard for his own life, along with his commitment to the job, make Deadshot one of the most dangerous assassins in the world.

Deadshot is a special Deluxe release, featuring interchangeable parts such as his rifle and handgun. 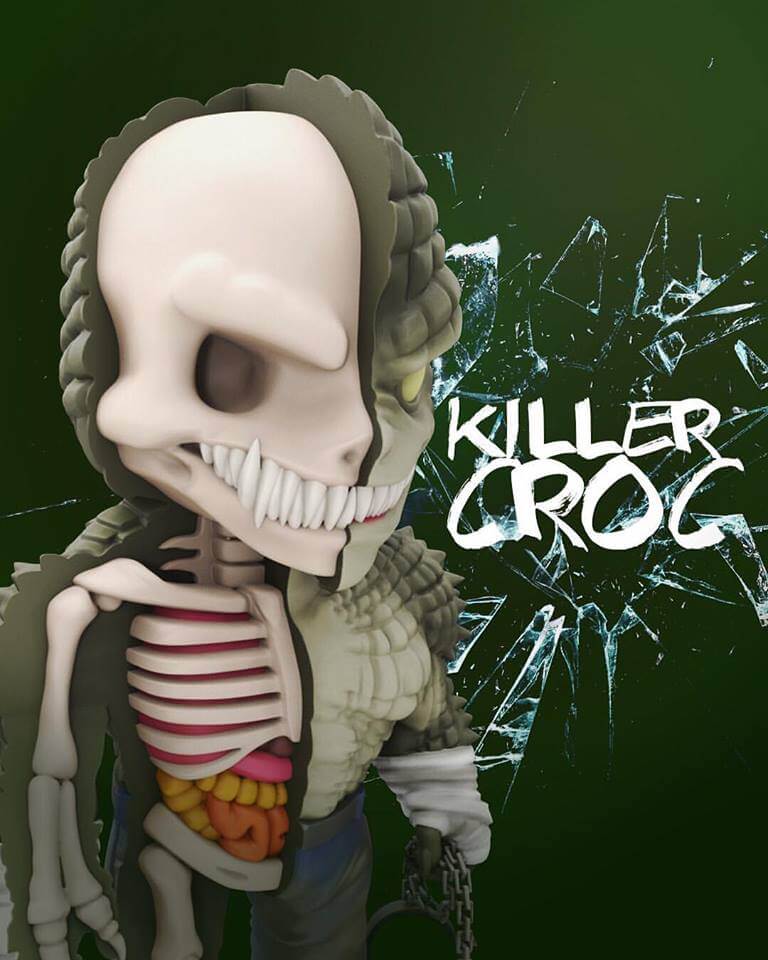 Enemy of Batman with incredible super-strength and a crocodile-like appearance. This mutation was originally a birth defect, although he becomes more reptillian over time due to genetic experimentation. Despite his brutal savagery and heightened reflexes, his animalistic mentality results in lower intelligence. 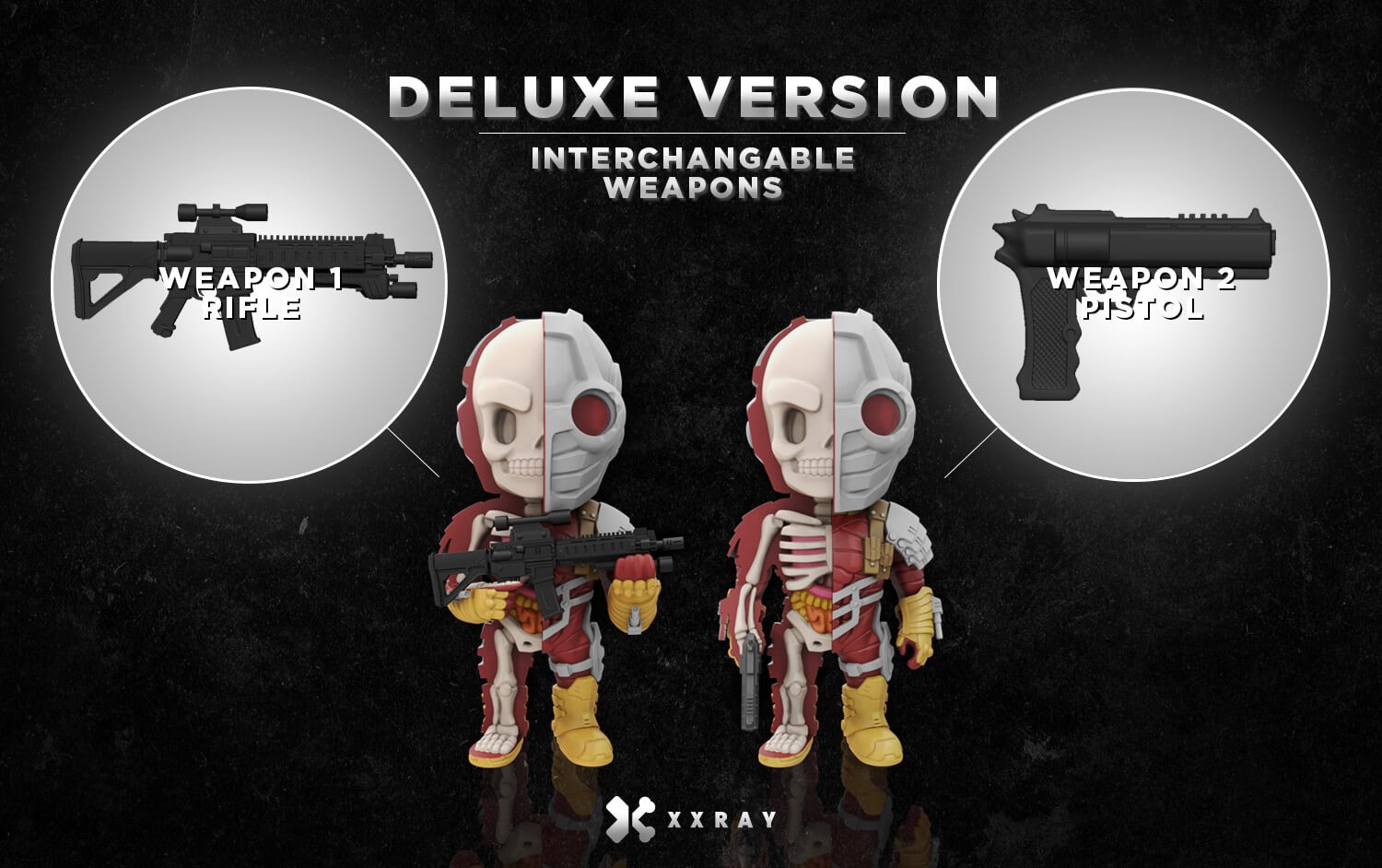 “Based in Singapore, XXRAY builds on your imagination and shows you what your favourite character looks like on the inside. Balancing good design and unique licenses, it is our promise to produce outstanding quality collectibles.. The XXRAY team is spearheaded by popular artist Jason Freeny (well known for his dissection style) and the Mighty Jaxx team.”

Miss out on the heroes, not to worry we have you covered HERE.

(all info lifted from http://xxray.com/)