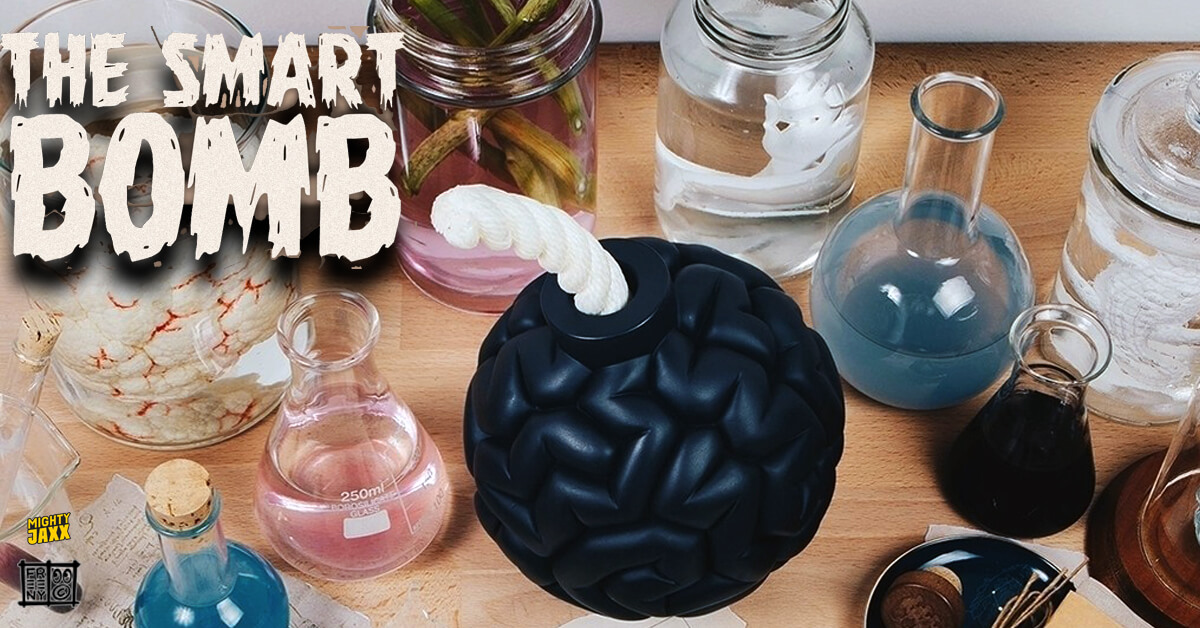 Tick tick boom? That could be the sound of Jason Feeny and Mighty Jaxx next release. Might Jaxx newsletter has just arrived bring news of a new release of the “Smart Bomb” which brings a mad and fictional storyline to go along with the release (read it HERE) It would be great is the Smart Bomb would really be A CURE FOR STUPIDITY.

Countless experiments later, Prof. JF is finally very close to success for the development of this ground-breaking new cure that is rumored to be capable of changing the course of humanity! Disclaimer: No animal-testings. Only human subjects… We are sure people will be comparing Jason’s Smart Bomb with Emilio Garcia‘s BRAINADE . Both are pretty cool so no drama please. Anyway, got to hand it to Mighty Jaxx with the photography and storytelling behind the release.