No doubt Huck Gee is a fan of Mech’s and Robotech, so seeing Huck land a Robotech project we’ed presume Huck would be dancing around to this day when the this Robotech Armor Cyclone Hunter gets released to the public at SDCC 2018. Signature Huck Gee Skull, all armoured up and ready to defend at will! But WAIT, there’s two versions up for grabs. 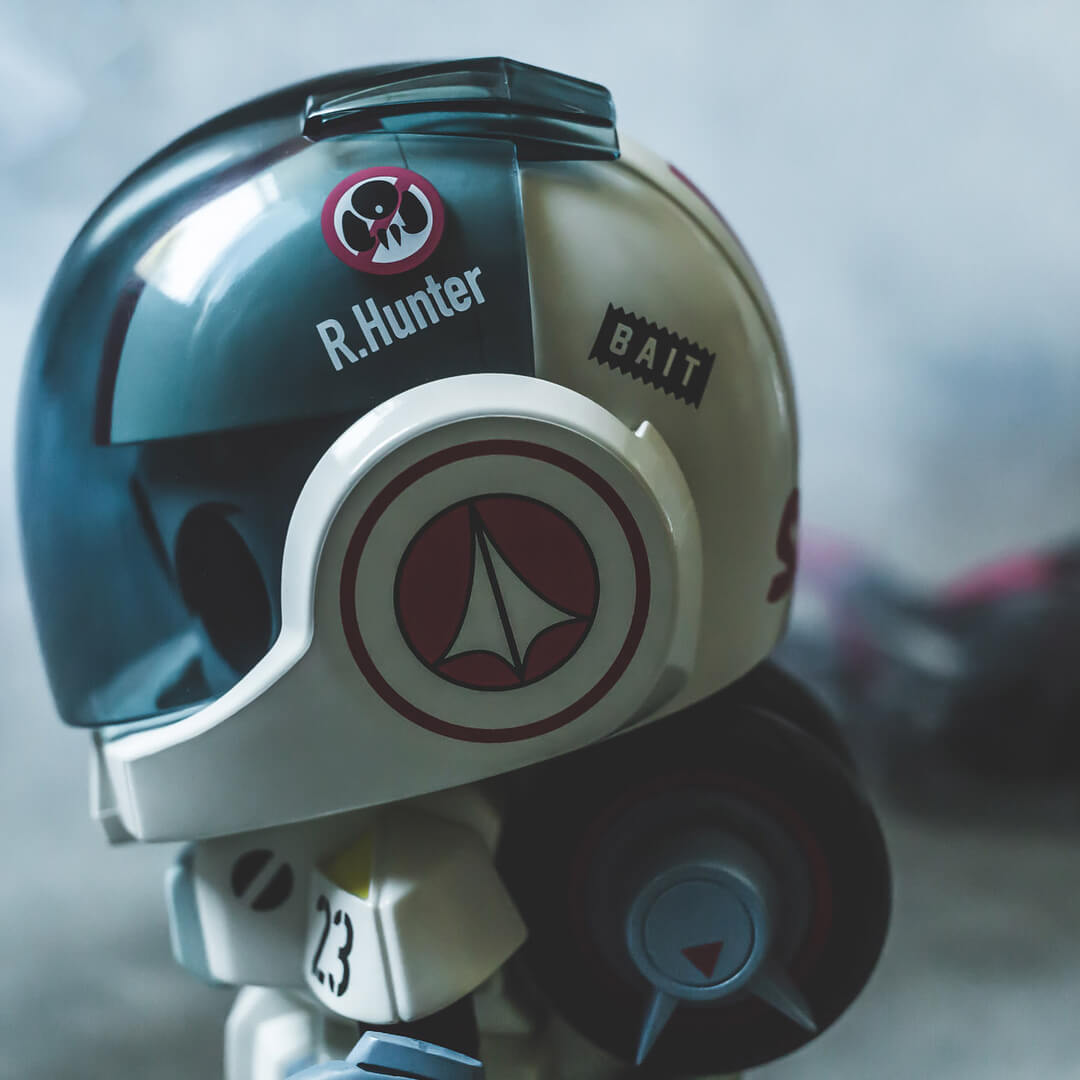 For me, this was the collaboration of a lifetime. Robotech was THE defining animated series of my youth. Not only a collab but for the hard core fan, I also redefined Cyclone canon. What can I say, I like to break things. ::  x Huck Gee x BAIT x Robotech 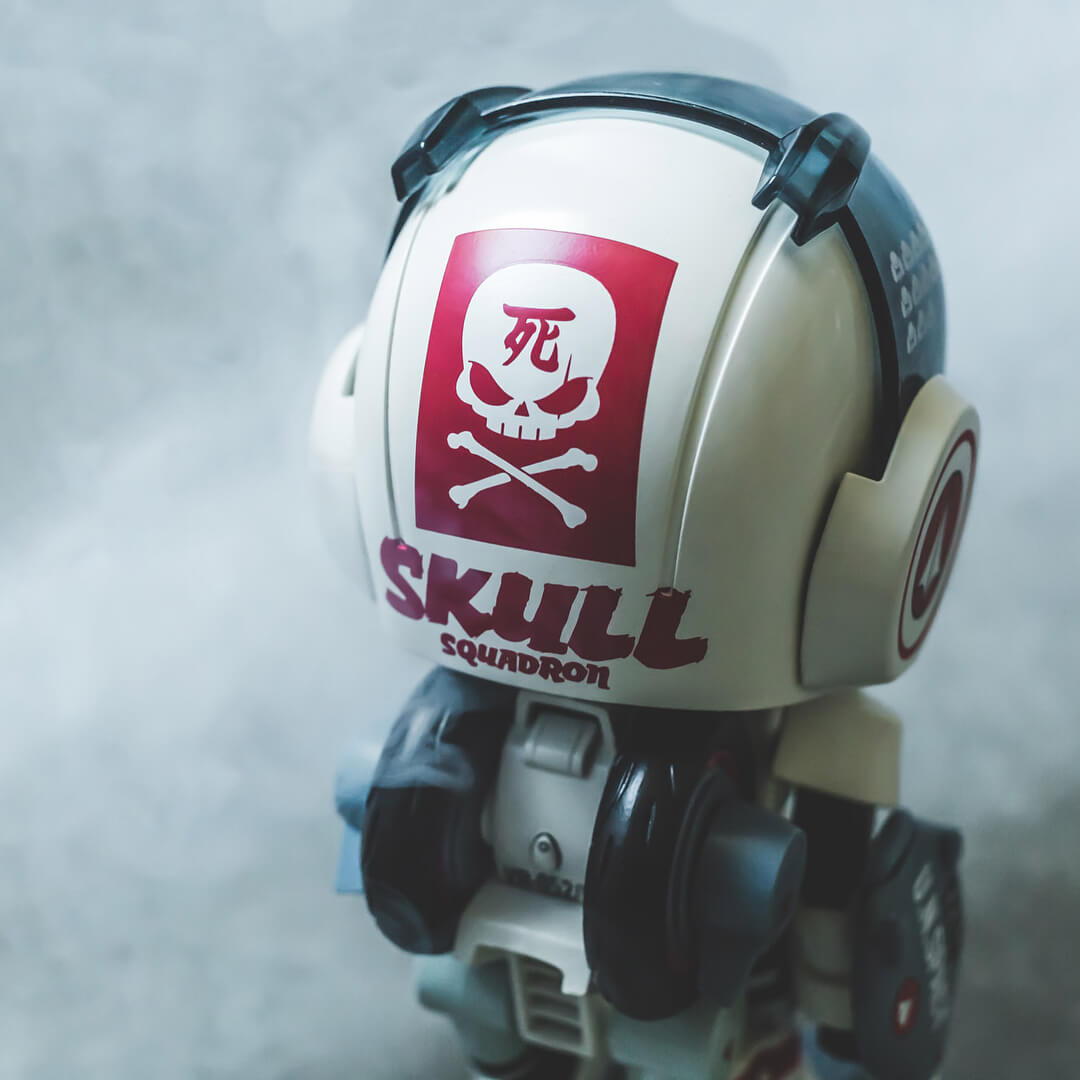 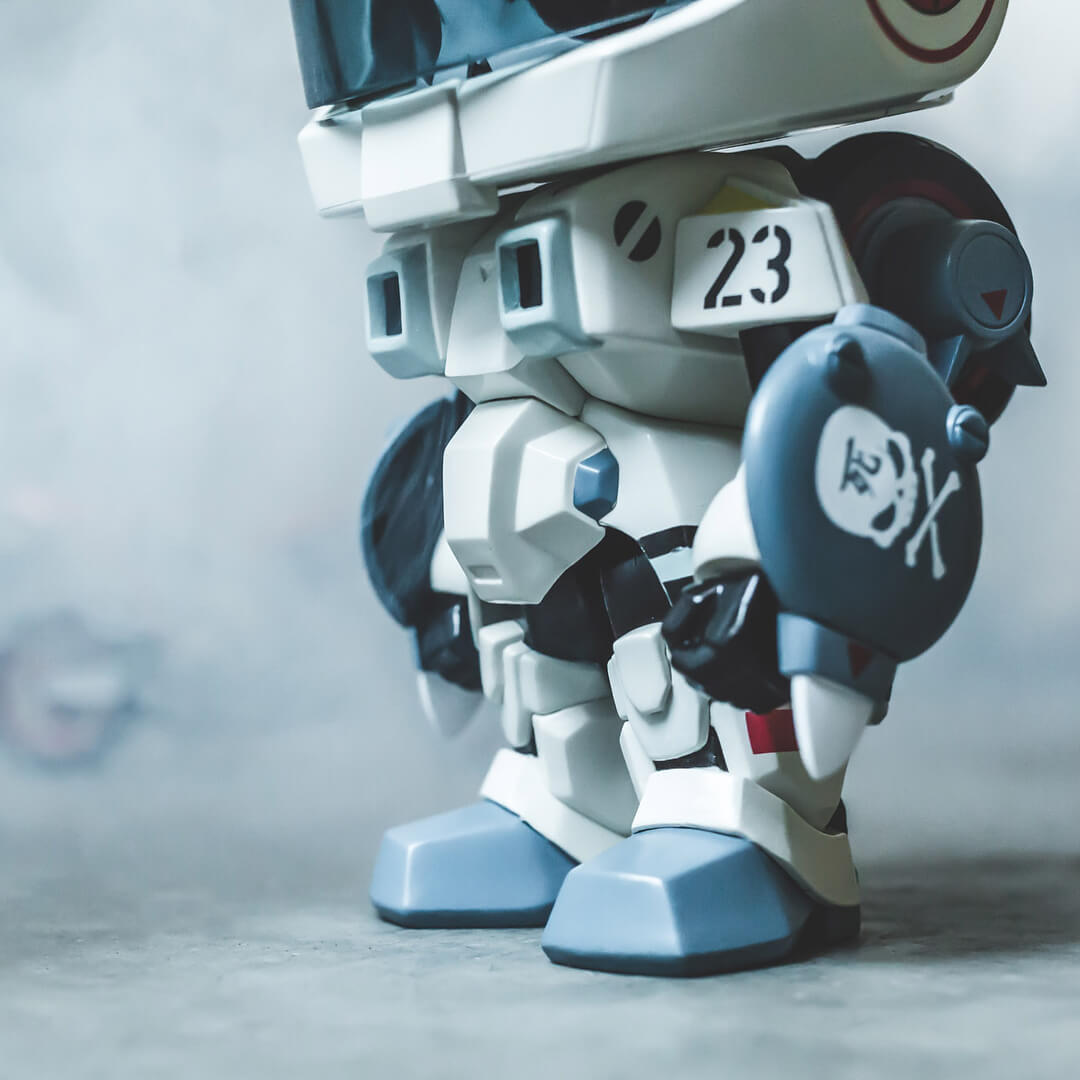 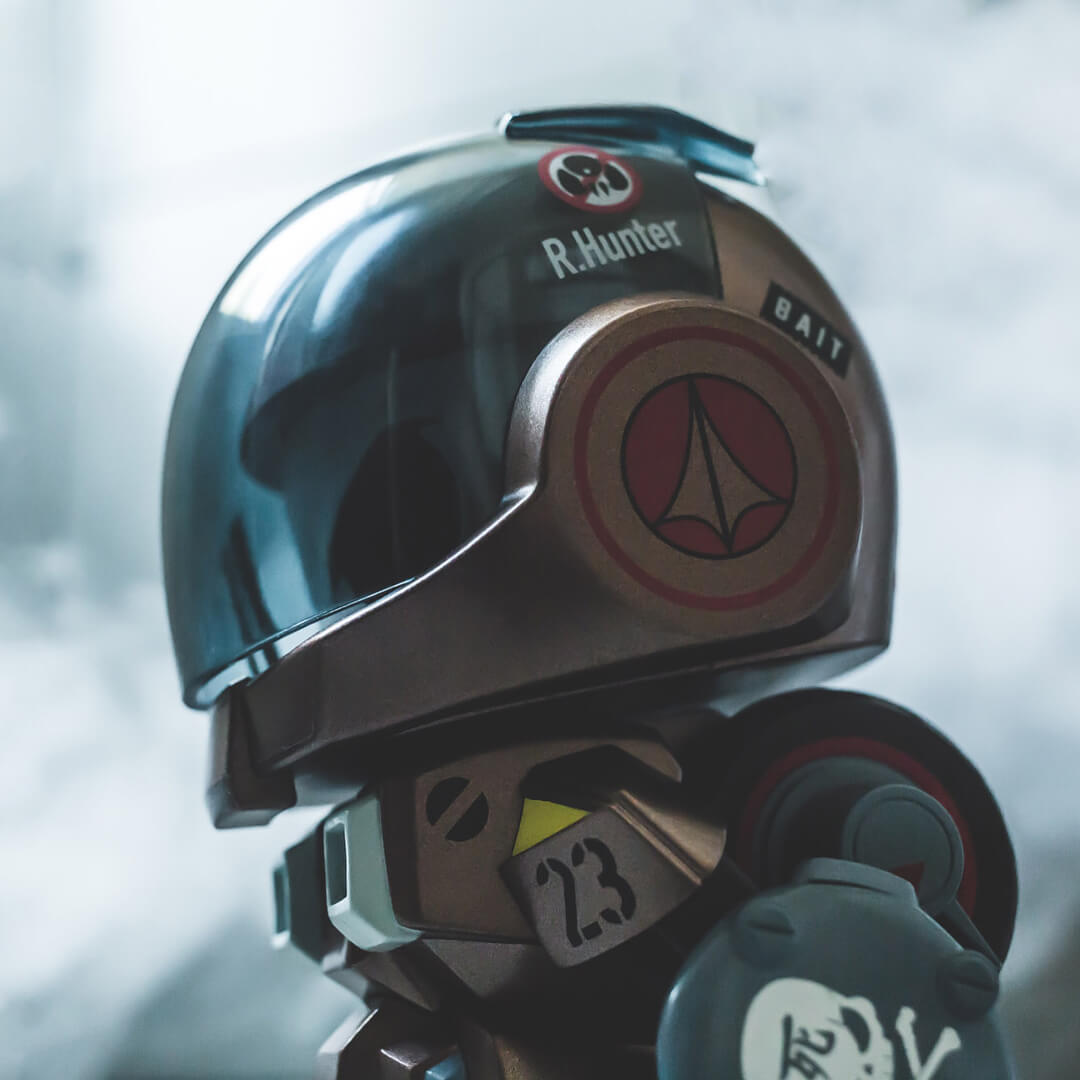 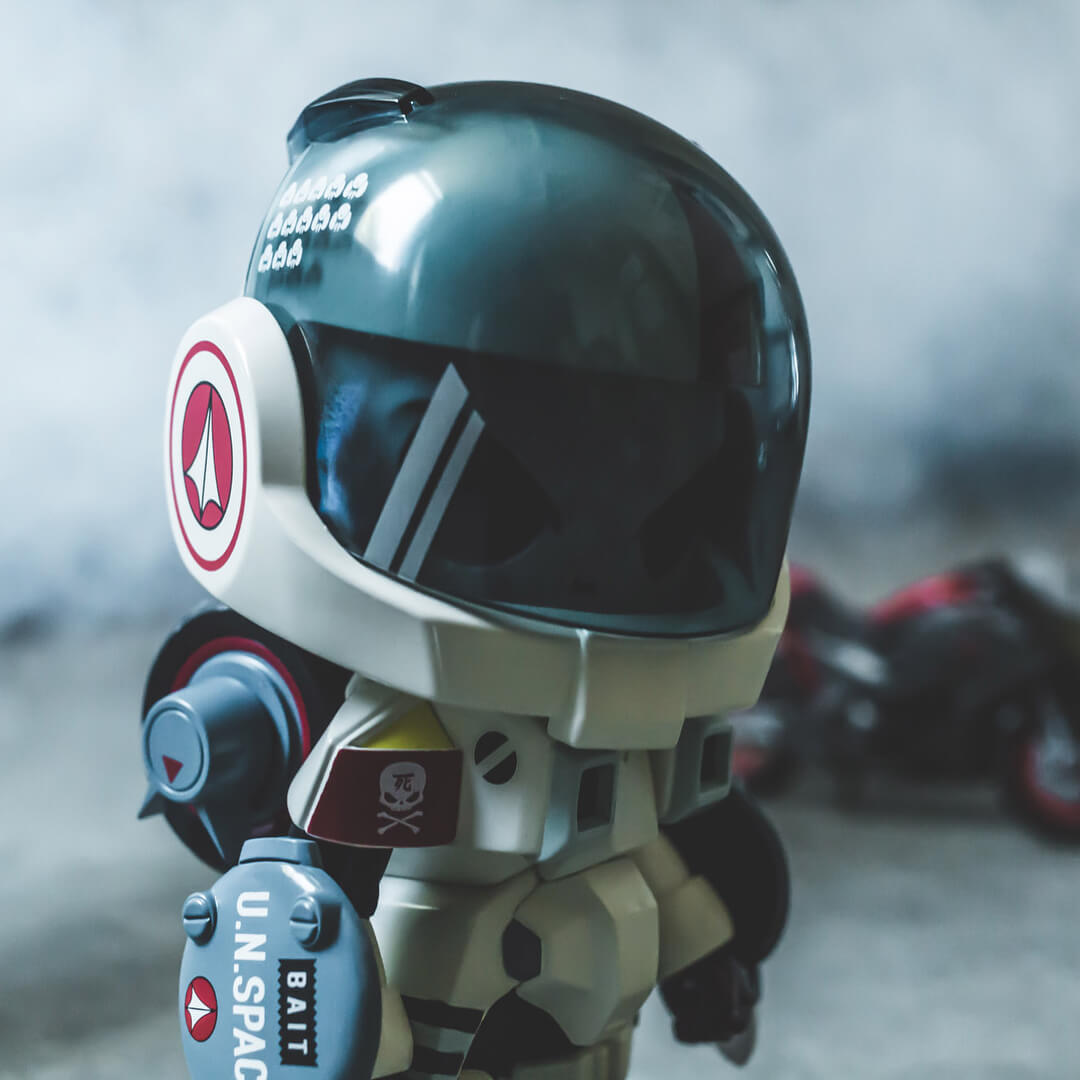 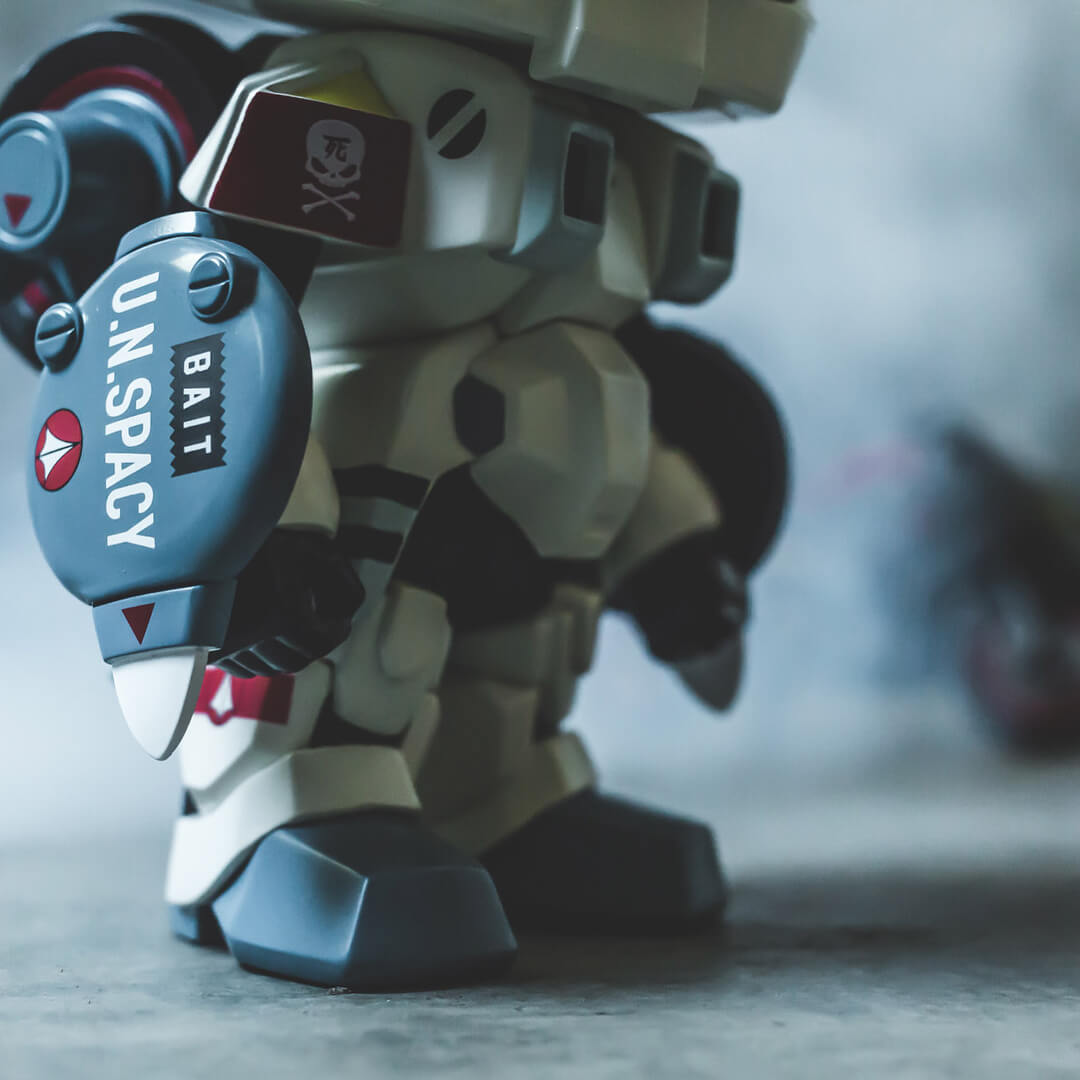 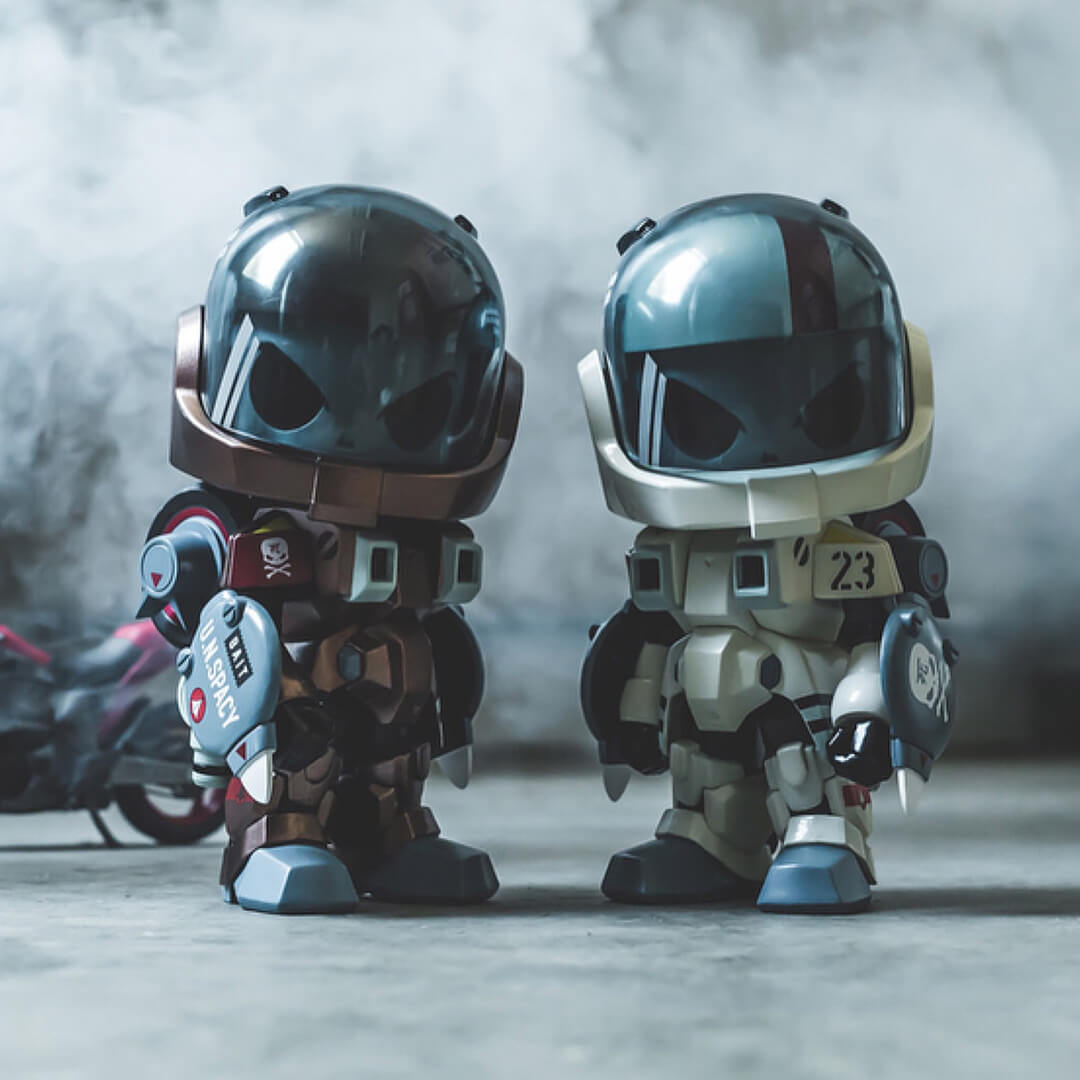 The Rare Bronze Alternate is Exclusively sold at the BAIT San Diego Comic-Con Booth #5645. The Regular Colorway will be available at all 9 BAIT stores. These 8 inch super articulated Figures are priced at $125.

BAIT – which carries premium apparel, collectables, and so much more – always brings some high-end (but affordable!) vinyl figures and other toys to San Diego Comic-Con. This year is no different, but you’ll find BAIT’s San Diego Comic-Con exclusives in TWO locations – with some at Booth #5645, and some at their retail store (920 Fifth Ave, San Diego). You can score from both places beginning Wednesday, July 18- SDCC

Way back in Feb 2017, Huck was working on these designs as per his Instagram post HERE. We are super hyped to see these come to fruition! 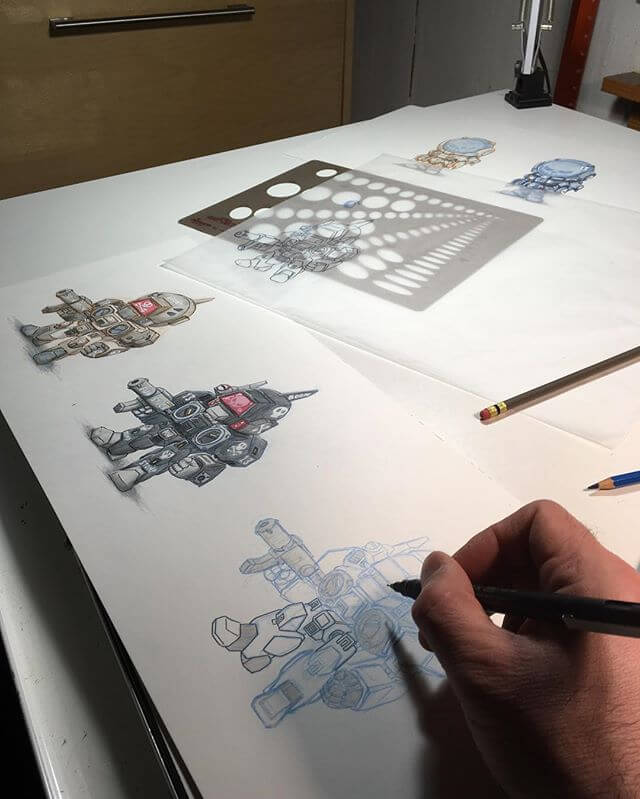