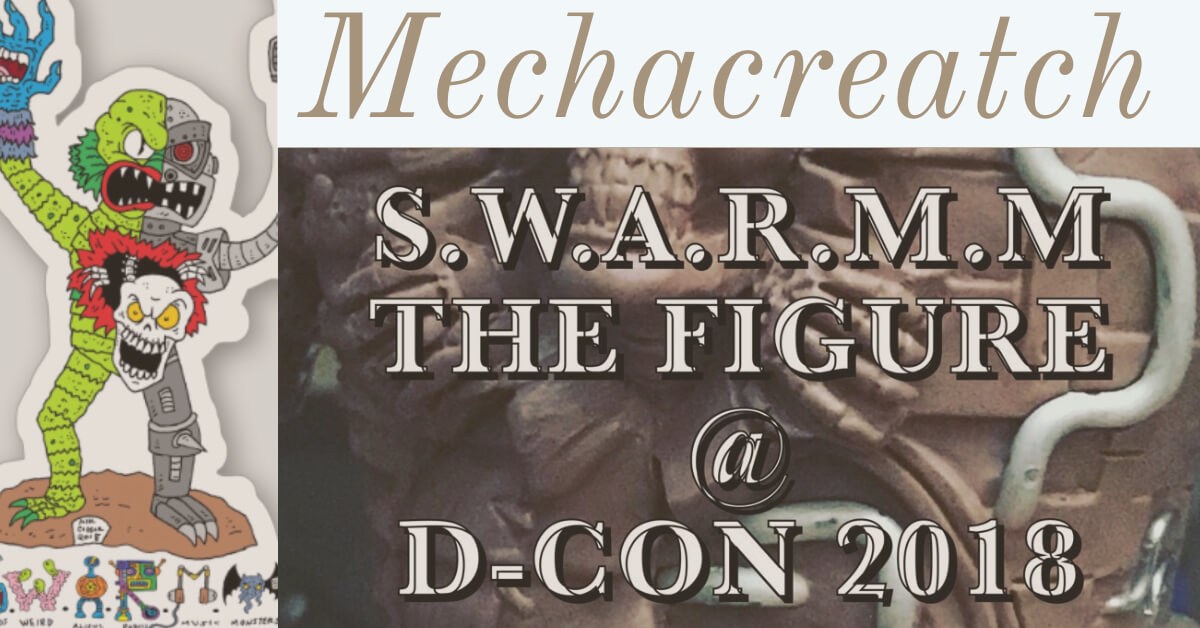 The S.W.A.R.M.M. figure is the vision of talented artist Michael McCreery and is a representation of his inner self – a combination of all the influences and desires within.  While the final 9″ product has not been completed and released, a resin prototype has been announced to be displayed at DesignerCon 2018 November 16-18! 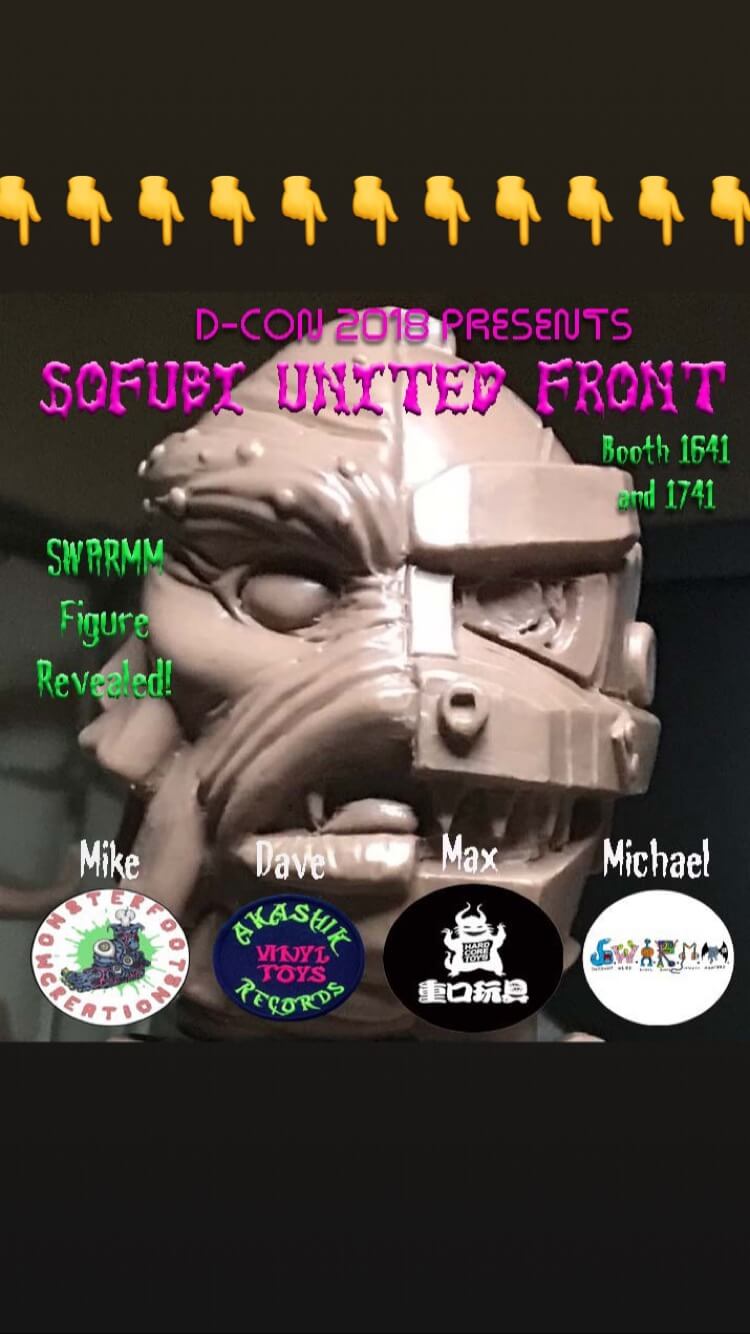 What is S.W.A.R.M.M.?  This sweet ass acronym stands for Skateboarding.Weird.Aliens.Robots.Music.Monsters.  Like all of us, McCreery faces the inner working of his own self to explore the personification of all that’s unseen.  This created an idea that took multiple workings to create. 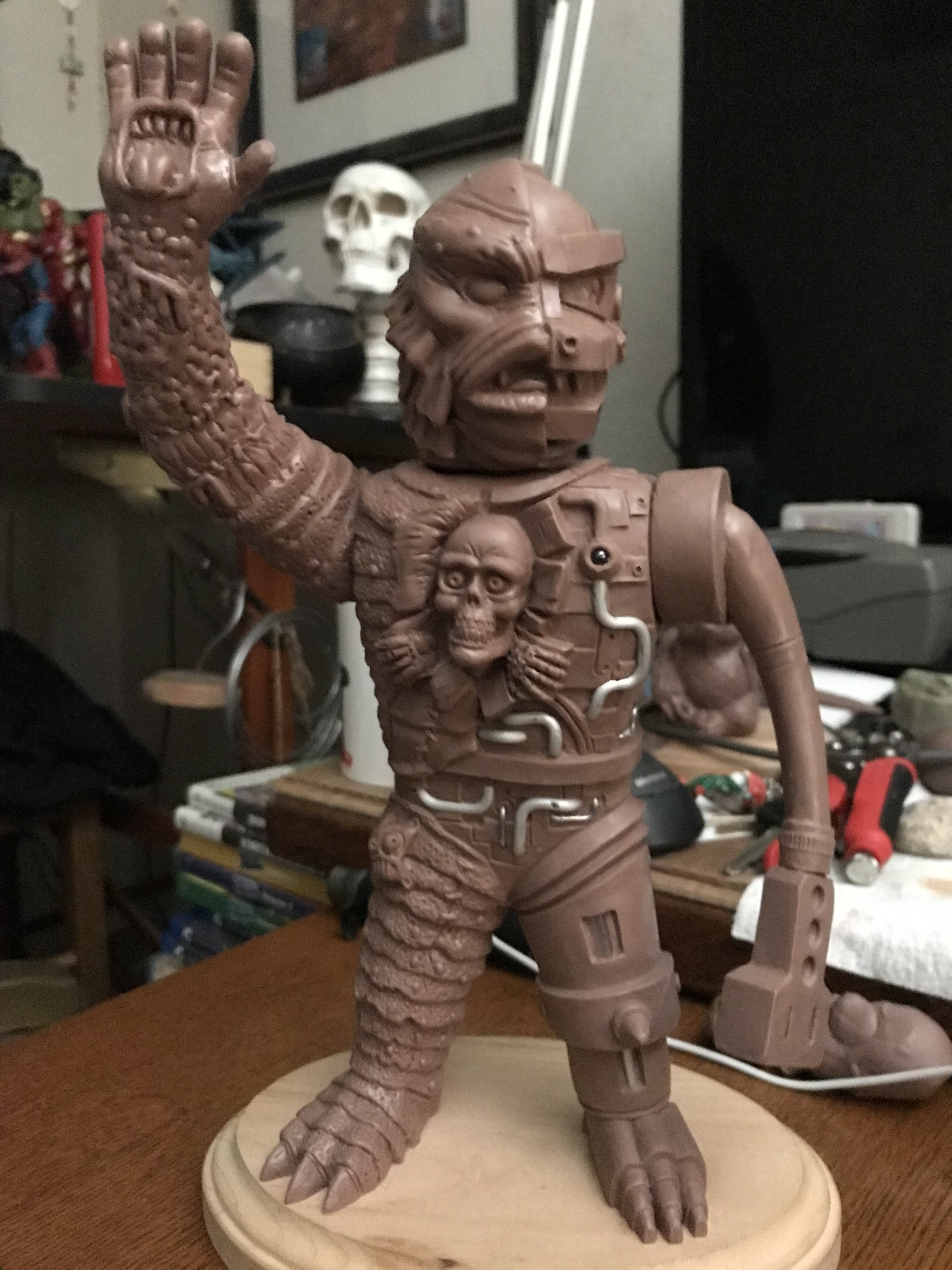 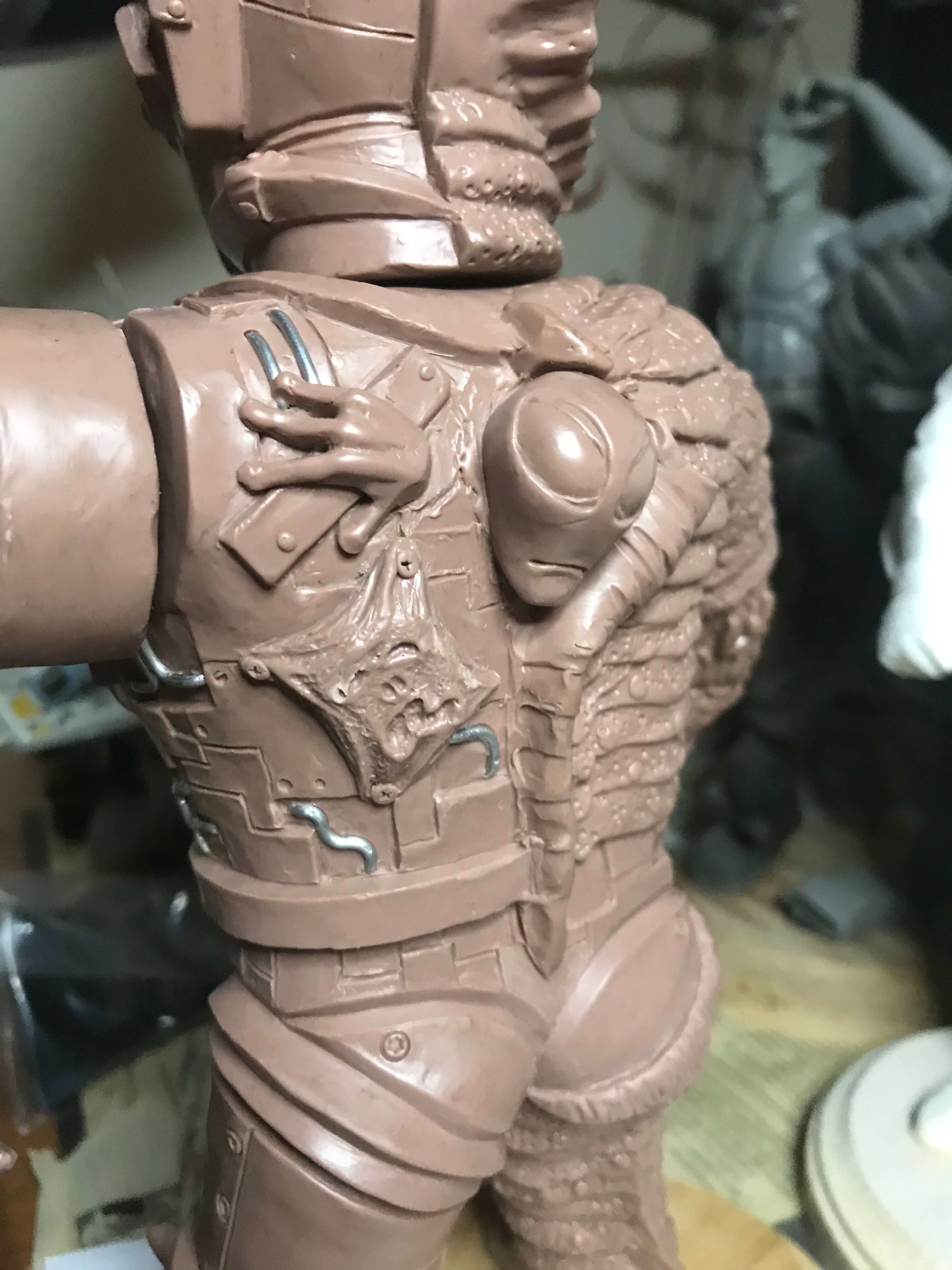 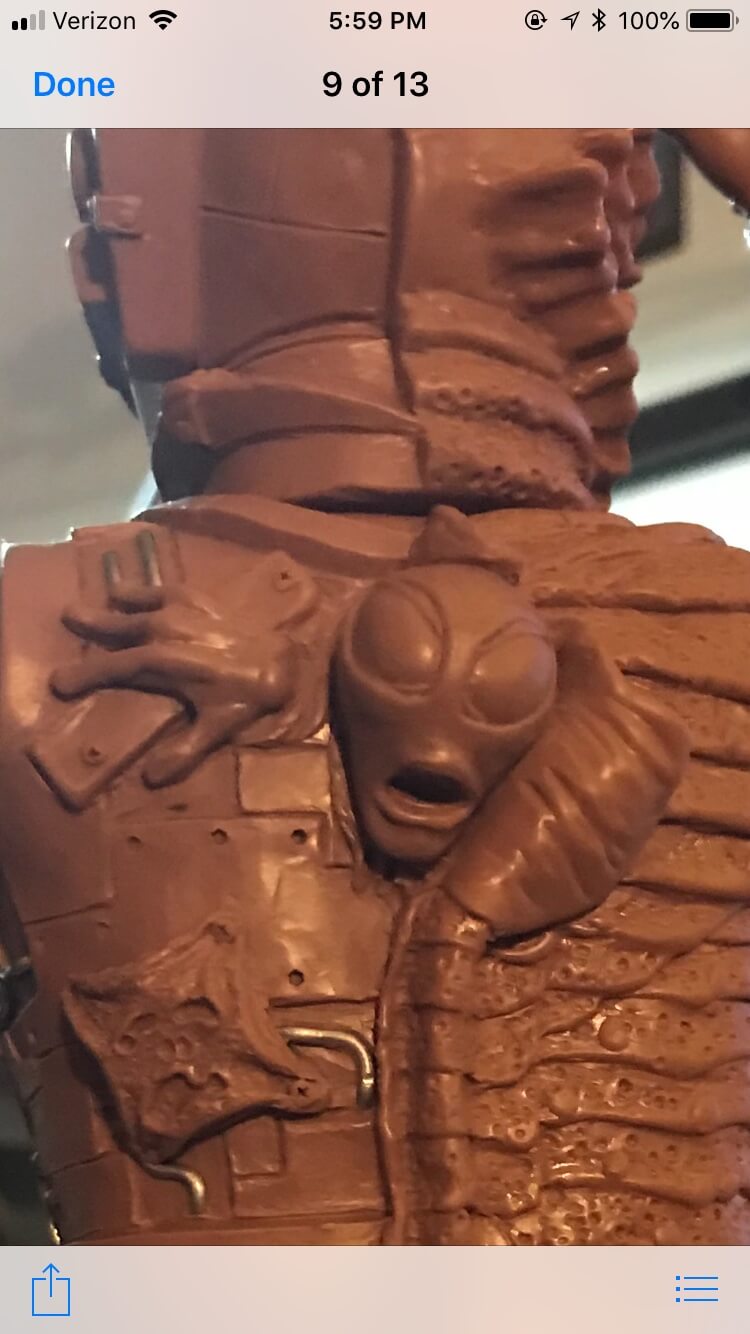 While Californian artist McCreery had the original concept he gives props to the group of people who assisted in making this vision into a reality. Nicolas Caesar helped create the first realized concept version, Rick Lucey assisted in creating the OG concept for the sculpture, Michael Skattum made the epic OG sticker art, and Scott Martin Thomas did the sculpt work! 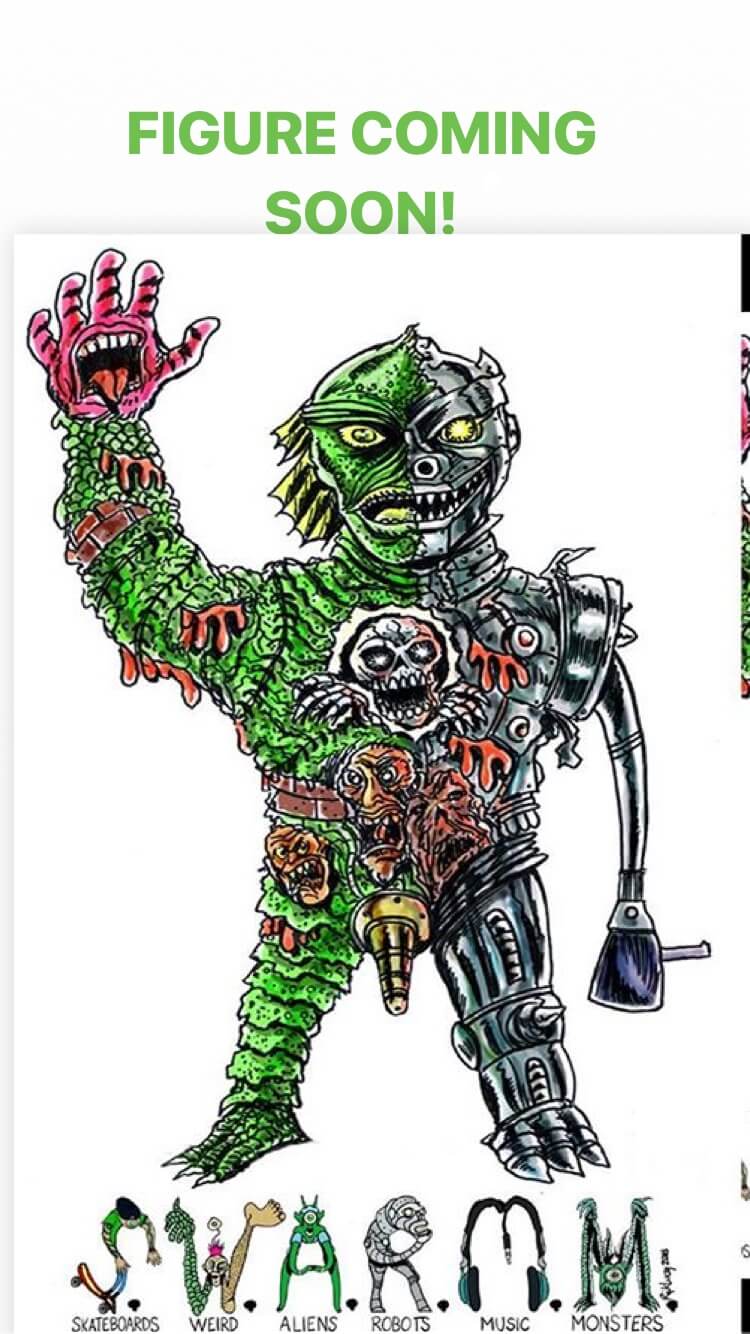 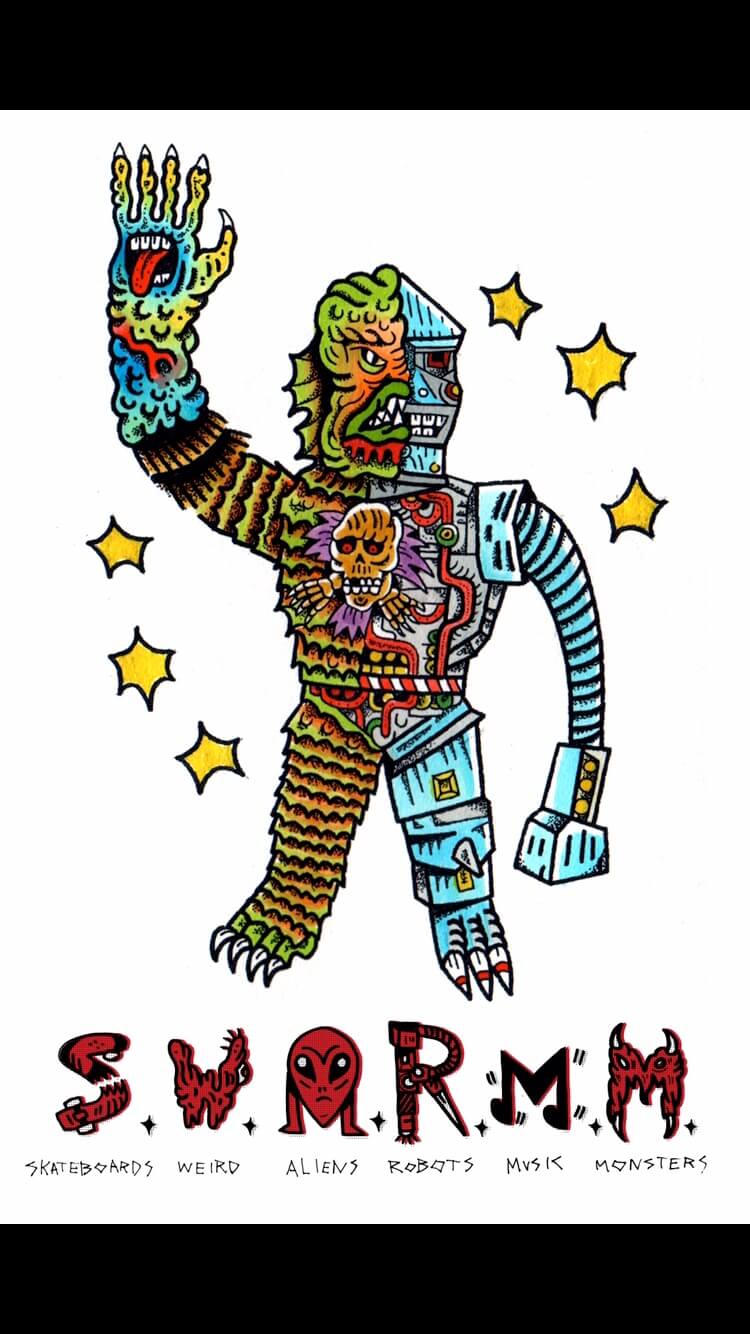 So when can you expect to see the finished product?  McCreery is estimating production to officially start by December and is thinking that turn over will be about 4 months.  So far, he’s envisioning white, black, green, and transparent for the final product.  Interested in hearing and seeing more?  He’s available through his Instagram and will also be able to talk and accept pre orders at DCon.