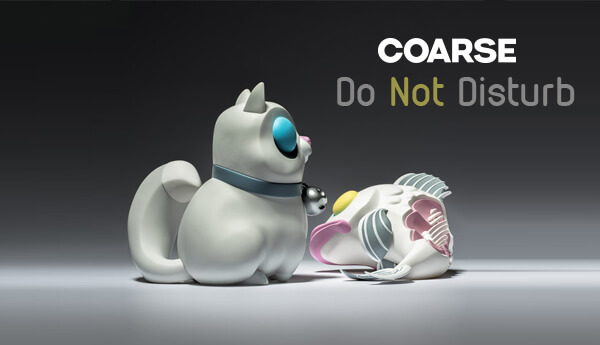 YES YES YES it’s time to Do Not Disturb! As we mentioned last week, Coarse are about to drop their new release ‘Do Not Disturb‘ next Friday (1st April). Do Not Disturb continues the saga of Permanent Guest as the mischievous Fish, after abandoning his bathtub, meets a gruesome end.

Do Not Disturb will come in an initial two colourways (Endless Shadows (above) and Promised Bliss (below), with a third (Delusion) coming in the Summer.With dimensions of 11’’ x 12’’ x 8’’ [approx. 28 x 30 x 20 cm], the set includes two vinyl figures: the menacing Cat and the half-eaten Fish. The predator looms above his prey in a moment of regret, considering the morality of his actions and whether he should finish what he has started. 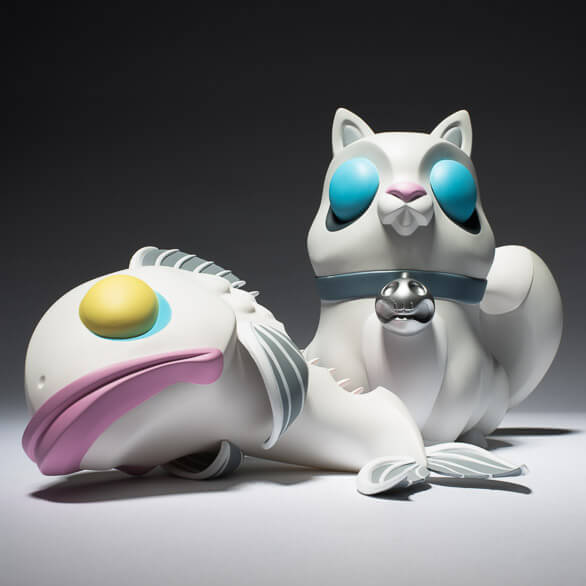 Cat will deliver Fish to your doorstep inside a color-printed gift box and embedded in black sponge. Each set includes one Family and Friends Application card. Priced at around £140 with FREE worldwide shipping. You’ll be able to pick up Do Not Disturb at 4.59pm BST on Friday 1st April. 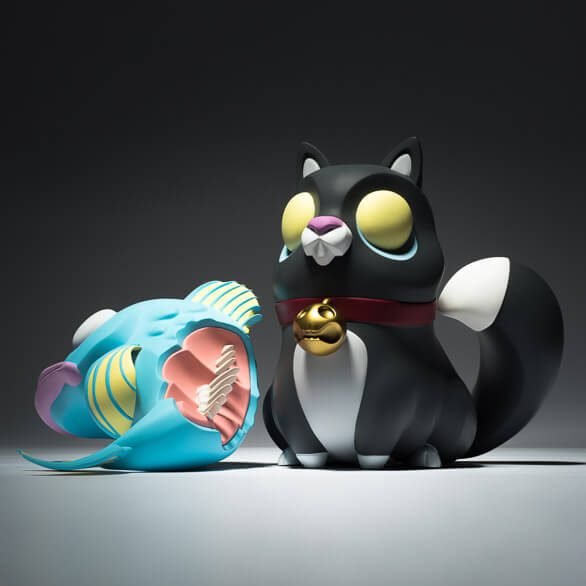 Do Not Disturb Delusion (above) will drop sometime during the Summer of 2016 – available at Coarse retailers. We’ll obviously bring you details as they become available to us.

We are loving the story that Coarse have come up for Do Not Disturb. It adds to the piece. A proper story. Have a little read below:

What am I doing? The words rattled in his head at first as a whisper and then as a cry.

What have I done? Before him lay Fish, his bones like scalpels, a defense that appeared too late.

He took a step back from the body and looked up in search of someone, anyone, who had instructed him to do this, a creature to assign his blame to, an owner who had requested the body. But there was not a vulture in the clouds, not a snake in the sand. There was only his decision: the consequence of an impulse, an action he could not undo.

He stood there paralyzed, waiting for Fish to become whole again. This was a dream, a trick of the mind, another mirage in a desert of hallucinations.

But bits of bone were wedged between his teeth, scales clung to his gums, and the taste of Fish, bland and faint, lingered on his tongue.

This is not me, he insisted. Other animals broke the rules and shed their good nature, but not him. The only way out of this was to back away until he had retreated entirely. Out of sight, out of mind, his mother used to say. Just one foot behind the other—that’s all he had to do.

But why was he taking a step toward the body? Why was his face now buried in the flesh?

This is not me, he reminded himself, but he ravaged Fish, tearing at his skin, devouring the tail and then the fins, working his way toward the head all while Fish continued to spasm and fight.

This is not me! he insisted with every ferocious bite, repeating the mantra in his head until the words spun out of his control and rearranged themselves into a question.

Before he could find an answer, Fish made a sound. It came not from his gills but from his lips, a final gasp for water, or perhaps something else, a noise not for himself.

It was a word. Fish was trying to say something.

He put his ear closer to Fish’s mouth, waiting for him to finish the sentence. But why wait? He knew what Fish would say. Do not come near me.

He pressed his ear closer.

Do not make me disappear.

He held his breath.

Do not eat me.

But Fish did not say a word.

He twitched, his skeleton kicking up grains of sand, until all that remained of him was a limp, motionless frown.

It was hot. A breeze tried and failed to gain traction. The sun and the horizon were spaced apart like enemies.

He stepped back from what was left of Fish and fell down into the warm sand. He was not hungry anymore and this made him happy. “I did it,” he said aloud and closed his eyes with a smile. This was not a moment to lament or run away from: it was a victory, and he was going to savor it.

But later when he looked back on this, he would remember only that feeling of satisfaction. He would not recall how as hours passed and the day came to an end, for a fleeting moment, he thought how nice it would be if he had someone to share the feeling with. The sun was setting, the sky was pink, and he sat up as if waking into a dream. “Would you look at that!” he said aloud. When no one responded, he searched around for another animal admiring the sky, but even his own shadow had disappeared beneath him.

No, he would not remember that. 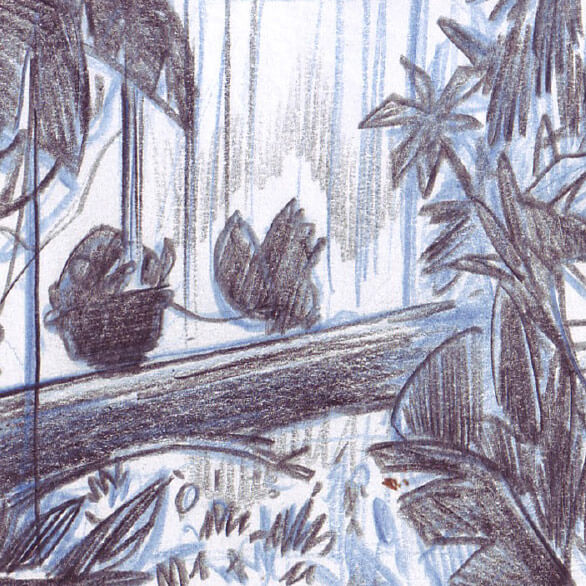 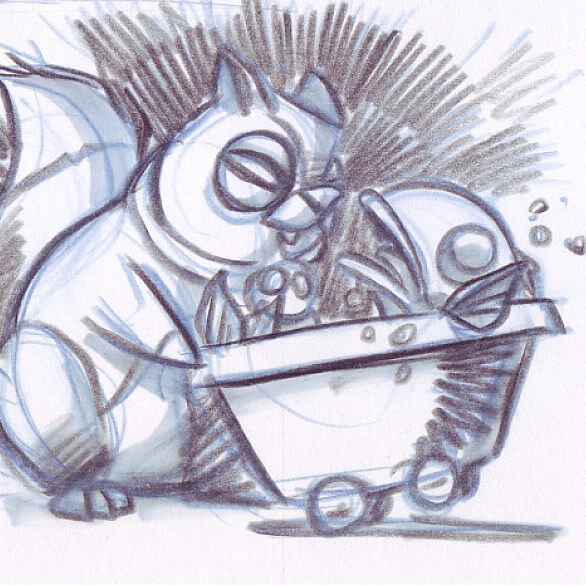 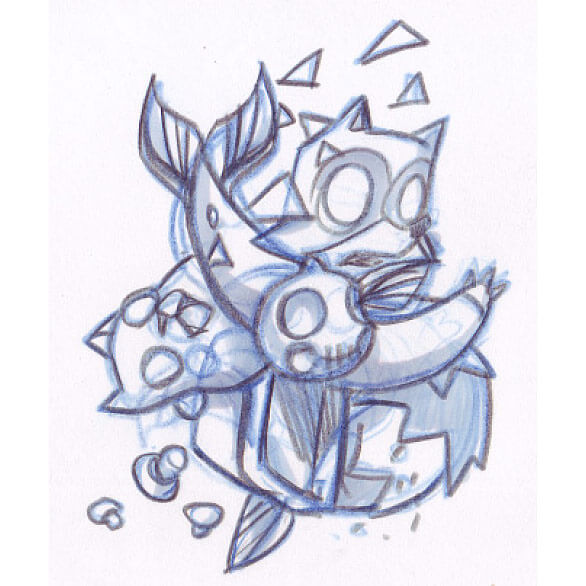