If you missed out on Yoru & Yoku by J.T Studio last November, fear not for we have found out that you will have a second chance to snag these wonderfully created 8inch figures and we have the details below!

From the mind that brought you Yox, J.T Studio wowed us when he first revealed his Yoru & Yoku pair but we slept on purchasing them when they released in November 2018. That nagging feeling of FOMO hung high above our heads for the last few months. Even more so as the final images of Yoru & Yoku surfaced, as J.T completed work on these guys. We had to find out if more would ever be available, or if J.T had any hiding in a corner. Following messages with J.T today we can confirm that more will be made available!! Rather than keep this information to ourselves to guarantee that we cop one, we wanted to share this with you beautiful people too!

There will be a limited number of Yoru & Yoku available TOMORROW on 4th March at 11am Taiwan time (3am UK time!!). Priced at $120 each or $230 for the pair with free worldwide shipping. These will be available to purchase from http://www.jtstudio.com.tw/ at the release time noted above.

YOKU was born in a famous Ukiyo-E family in Kyoto, since young he got into playing yoyo and started his dream. Living by the Inari Shrine made YORU to constantly sneak out to practice in the shrine, while his skill improved faster than usual, which led him to believe that the Inari God has blessed him with the power to persuade his dream, thus making him to used a fox mask to act as his personal lucky charm. Never giving up on his path YORU joined the clan “Crazy D.”

YORU twin brother, since they were kids YOKU like doing the same thing as his older brother. Ever since YORU started yoyo, YOKU began learning along with YORU, but his skill was never a matched of and always below his brother, to a point where everyone thought YOKU was just a second-rate YORU, which causes YOKU to grew envy and hatred, that made “Night M.” to bring him into their clan.

You can go find J.T Studio on Instagram HERE. 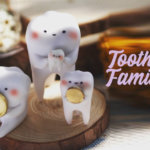 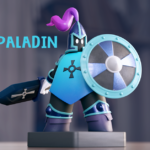