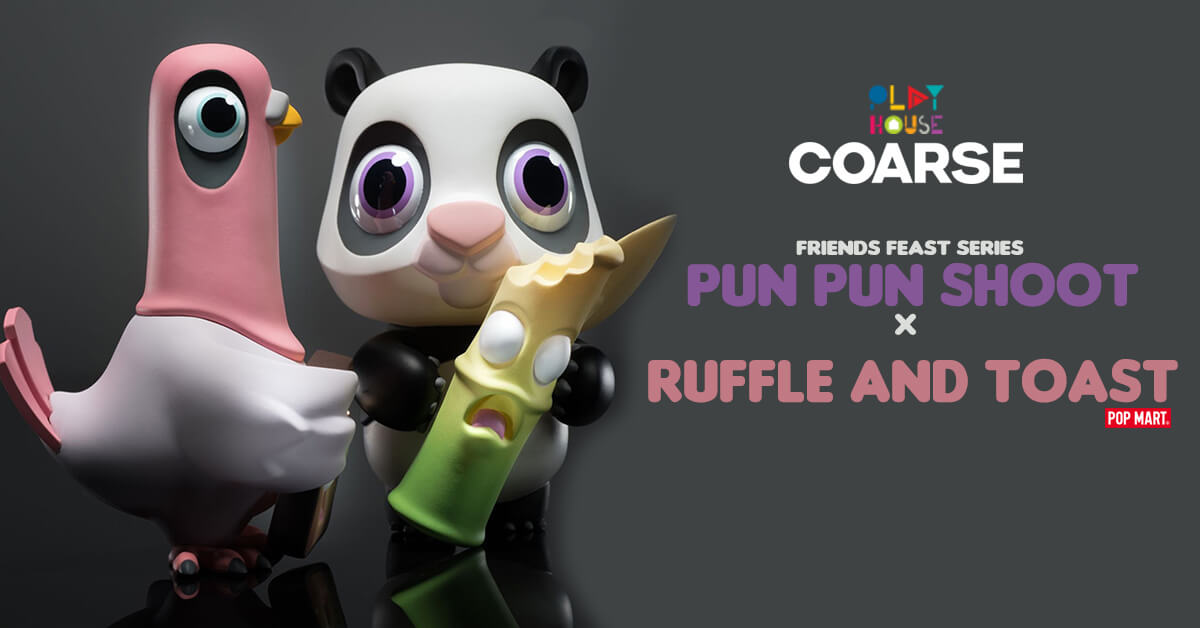 Play House x COARSE “Friends Feast Series” continues! This year we’ve seen Ruffle and Toast releases which are the first characters of the series and now it seems the Panda and Bamboo (Pun Pun Shoot) will be the next in line. If you guys have eagle eyes you would have spotted COARSE will be exhibiting at BTS 2018. Could the new Ruffle and Toast edition and the debut of Panda and Bamboo be set to release at BTS?

You can watch the original prototypes of Friends Feast Series at the Coarse TTE booth on our Facebook LIVE stream below: 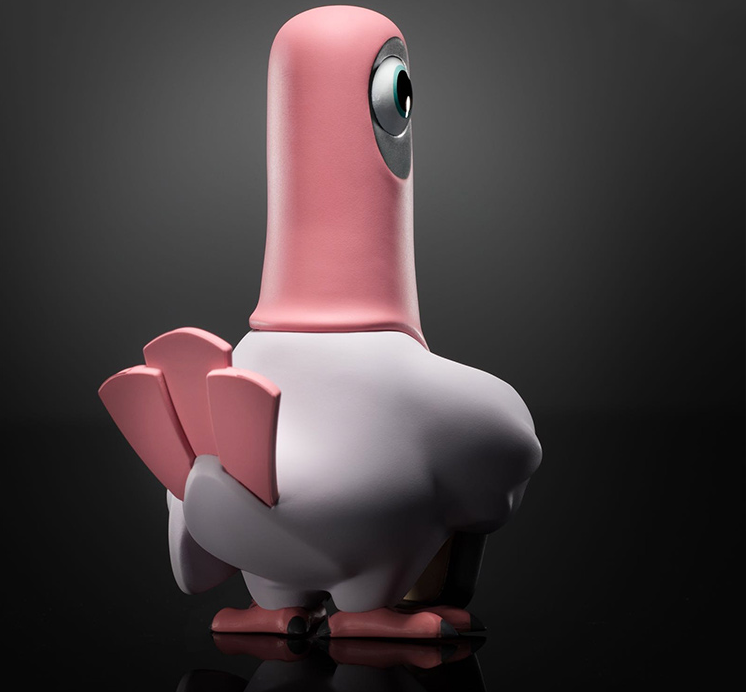 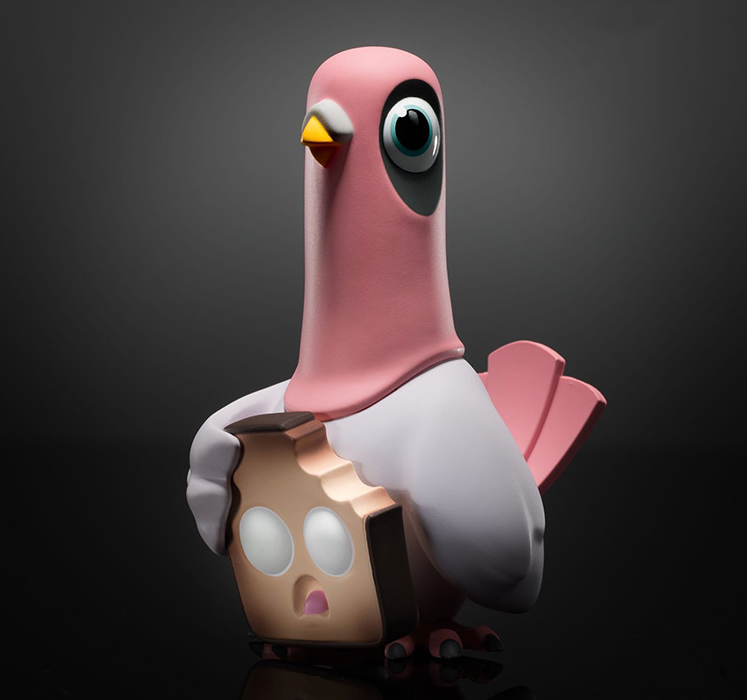 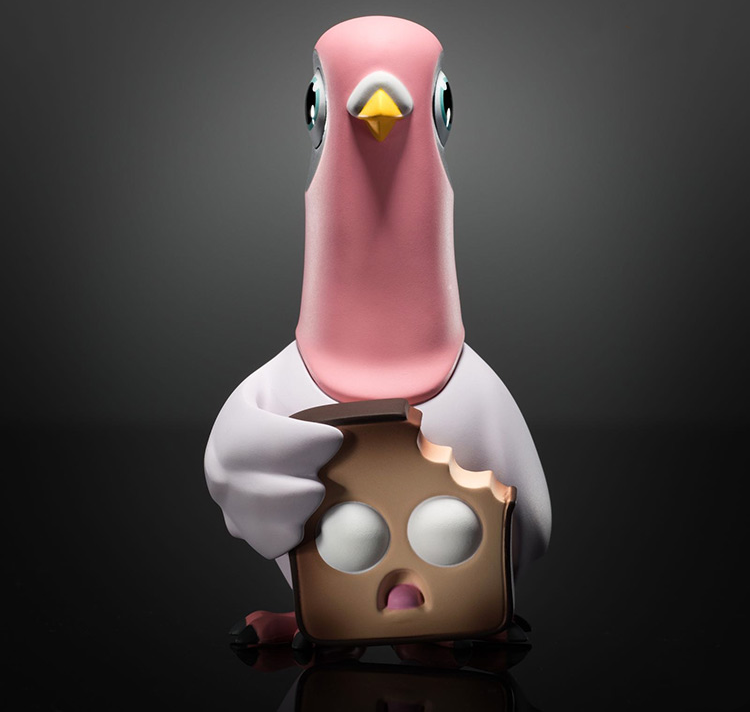 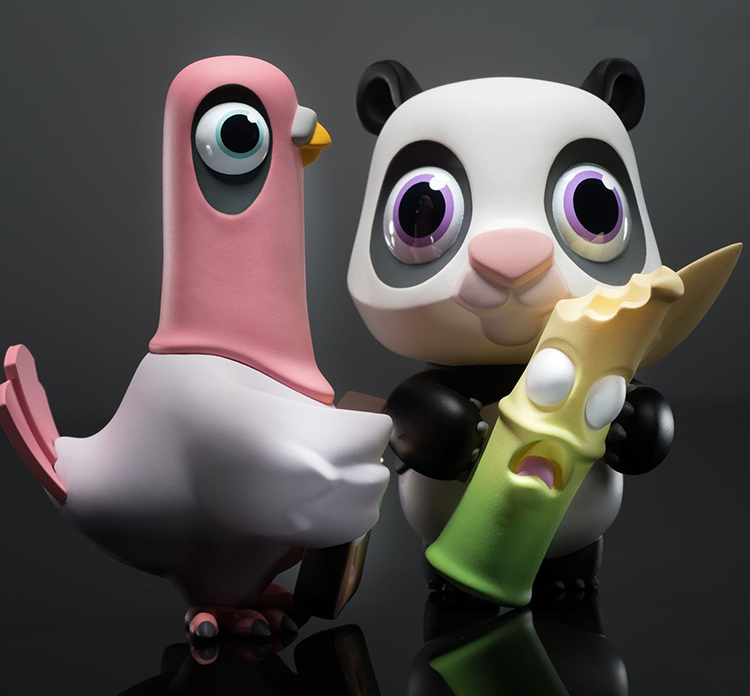 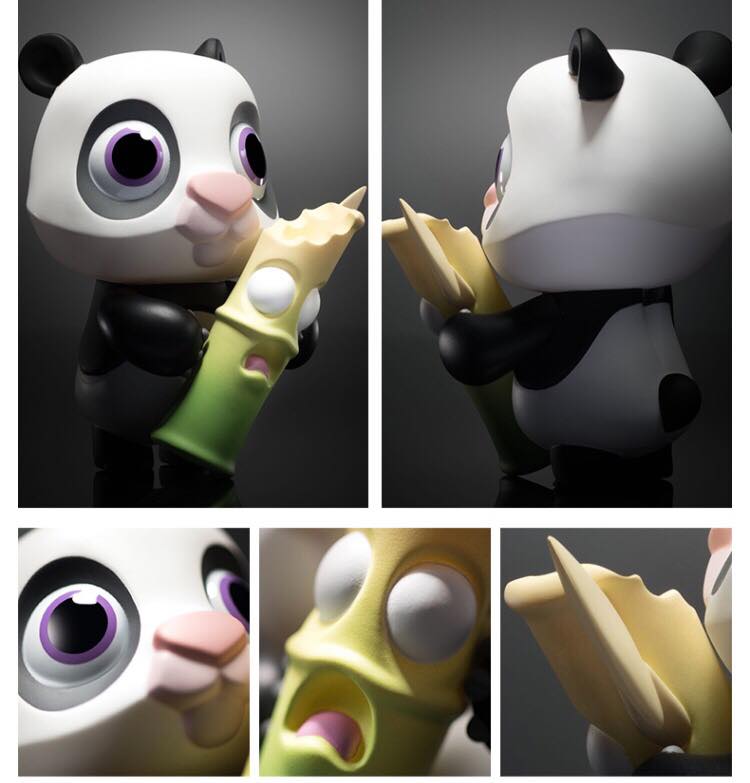 Judging from the leaked photos, both look like they are the 4” editions and destined for BTS *Update the Pink Ruffle is a POP MART exclusive! We will bring you the official confirmation as soon as possible.  In the meantime, if you are looking for Ruffle and Toast a couple of retailers might have some stock left. Pun Pun Shoot should be released sometime in September, stay tuned for further updates. 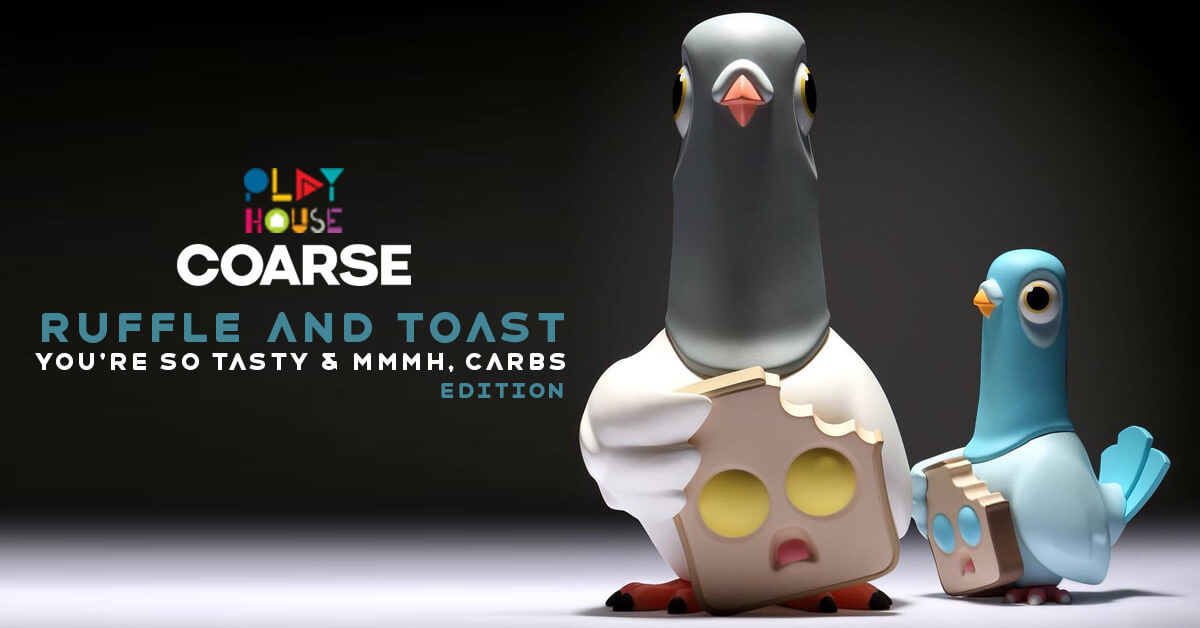 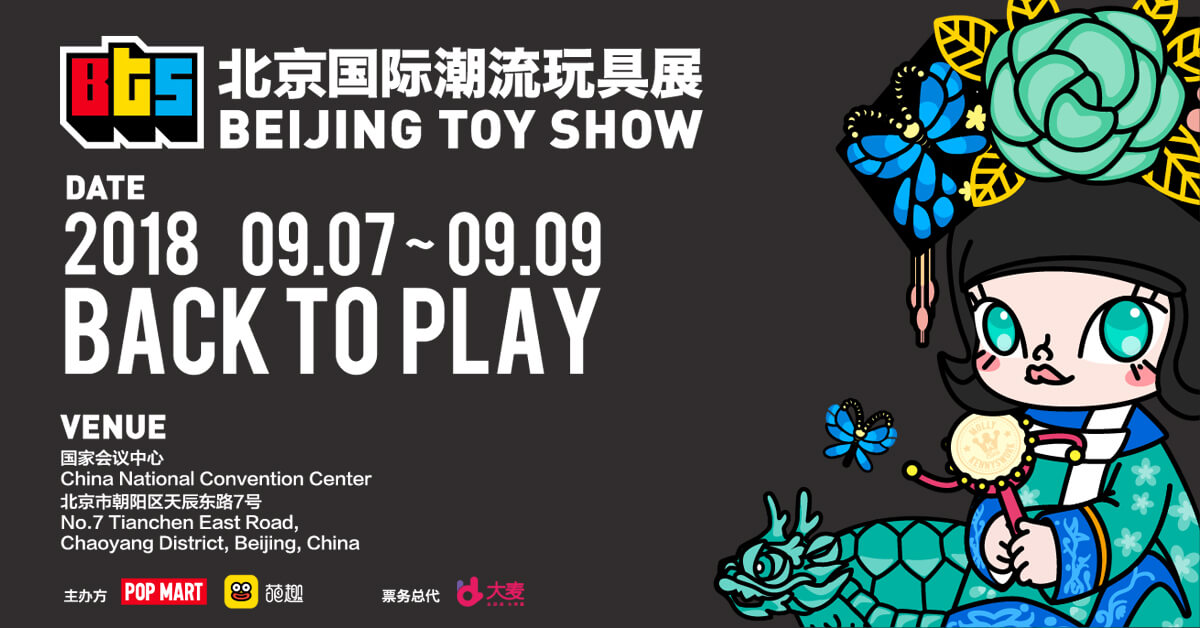 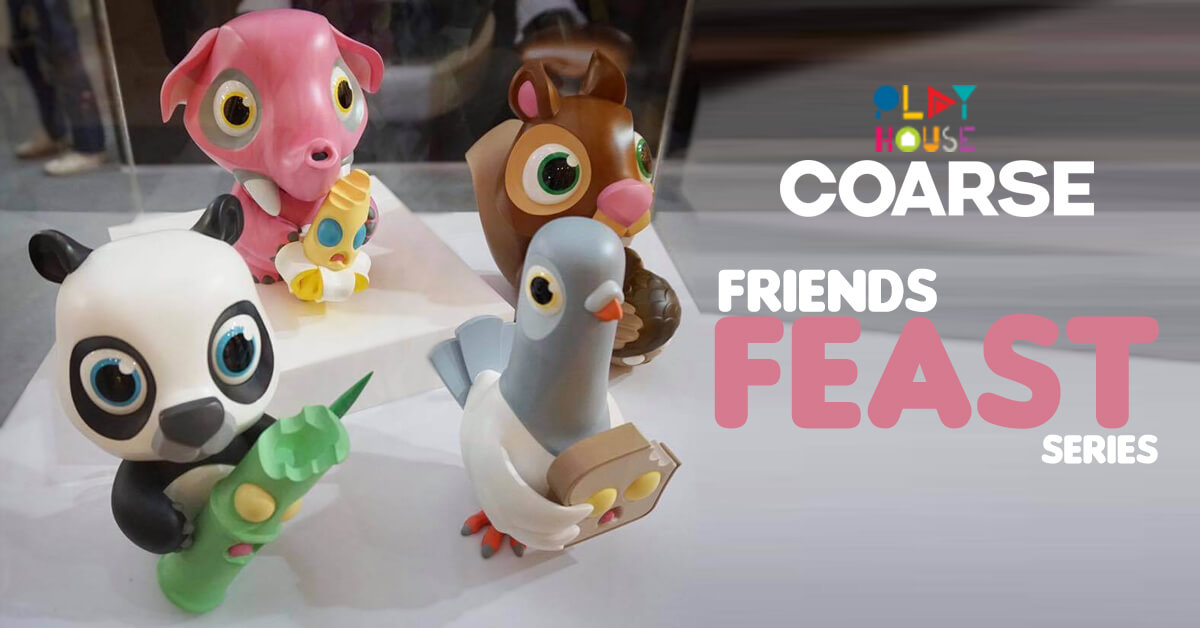