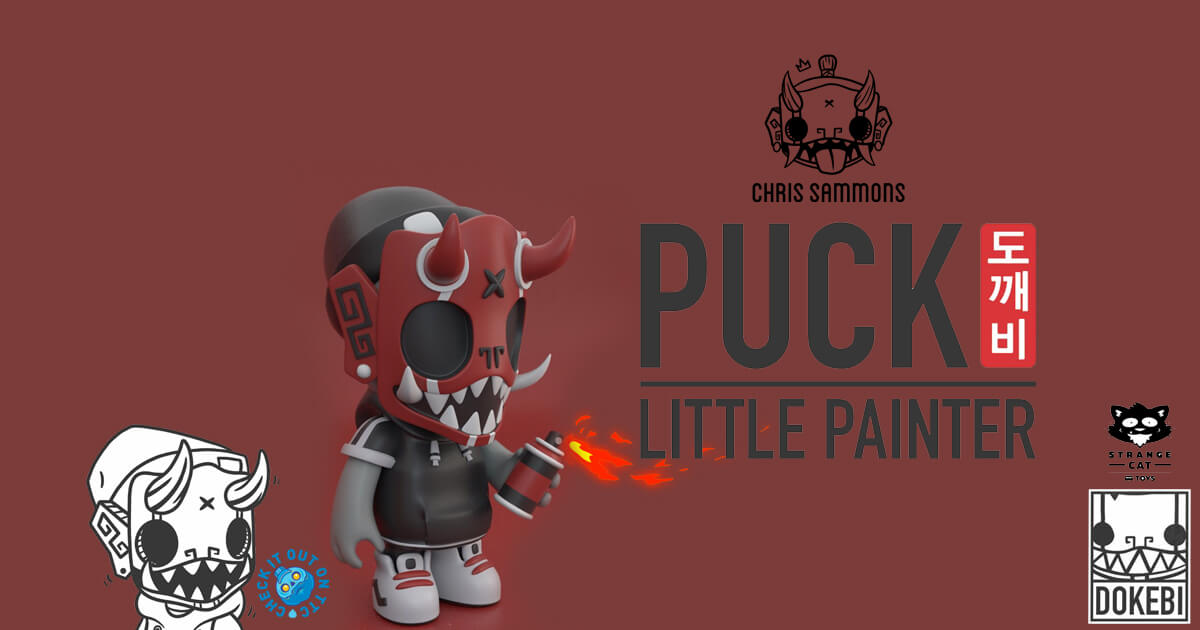 You have blessed your retina with the drawings and sketches, bought the merch, added the slaps all over the place. NOW prepare for the GRAPHIC DESIGNER who specialises in BRANDING, ILLUSTRATION, and CHARACTER CREATION Chris Dokebi Sammons to link up with Strangecat Toys to bring fans the first-ever Dokebi vinyl toy. Dokebi Minis Yang Edition! The Little Painters! What once was a render, Strangecat Toys has brought it into a different form that you can hold and have in your display.

The O.G. Edition Dokebi toy looks already near completion from the factory and with the O.G Limited to 100pcs we predict a riot for this little chap.

Right now there’s no official release date but expected to be released 3rd quarter of 2020. For more designer toy goodness hit up StrangCat Toys https://strangecattoys.com/
Use code StrangeTTC for 5% off everything except customs.