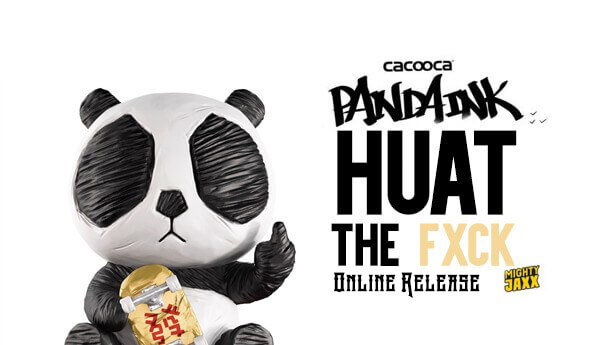 One sold out and surprise release at last weeks STGCC 2017 was CACOOCA x Mighty Jaxx “Huat The FxCk” from the Panda INK Series. The all-new 6″ Huat The FxCk made it to online sales TODAY! definitely, no fucks given with that middle finger, who thought a cute panda would have so much attitude. Great news for collectors who couldn’t make it to STGCC or grab one when they went on sale at the convention. Check out our Facebook LIVE stream below (WARNING prototypes of future releases shown)

Cuddling up with his cats all day is getting mundane for our adventurous Panda who decided it was time to stretch some muscles and work those lazy bones. Watching the kids in his neighbourhood riding their skateboards in the park, Panda was hit with the idea of learning a trick or two himself! Panda definitely wasn’t going to settle for just any ordinary skateboard. After going through all the skate shops in town, he finally struck gold with a board that was bound to turn heads. With his golden skateboard in hand and a badass attitude, cruise alongside Panda as he takes to the streets in search of his next adventure! 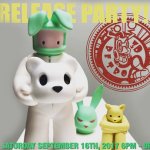 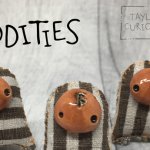