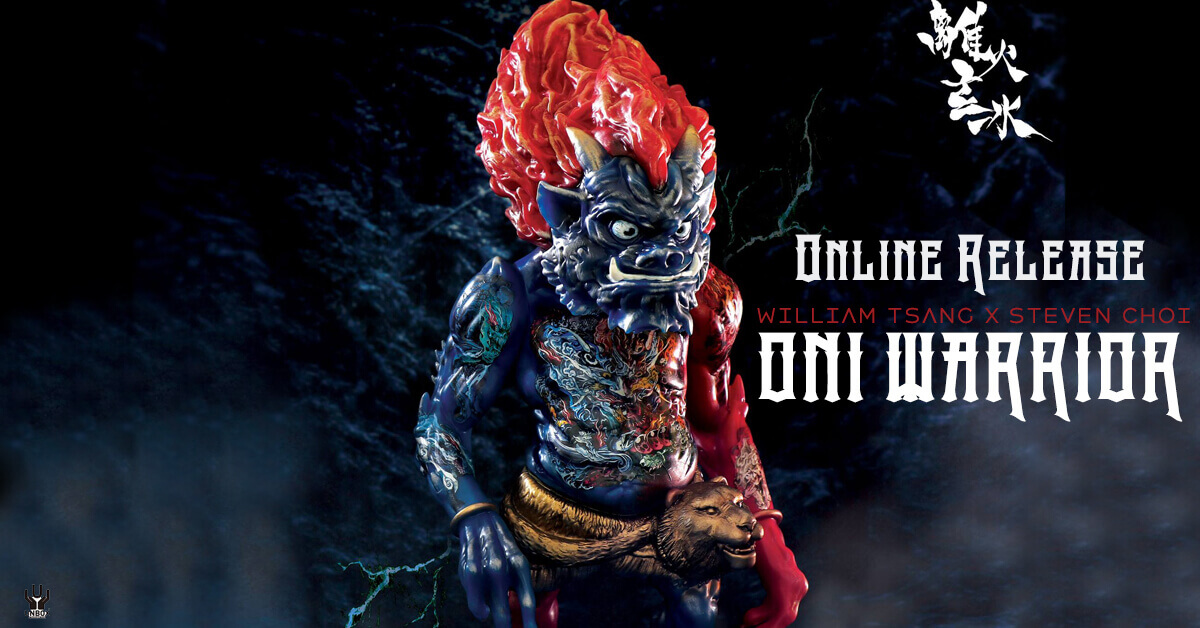 Last seen at ToySoul 2018, collectors will get their chance to own this stunner! BE PREPARED! Like seriously if you are looking for the next The Oni Warrior editions as last years epic “Oni Warrior” release by Hong Kong artist sculptor, painter William Tsang and Steven Choi the man behind Zu and Pi powered by the fine folks at Unbox Industries, has gone under another transition! 魔法師與朋友 The Magician and Friends bringing the battle between elements to another level, Using the previous silhouette to create a different look to Oni Warrior.  Another top contender to be one of the best editions we’ve seen so far! ONI WARRIOR TATTOO edition is crazy right? We feel sorry for the factory workers who have to paint all of these.