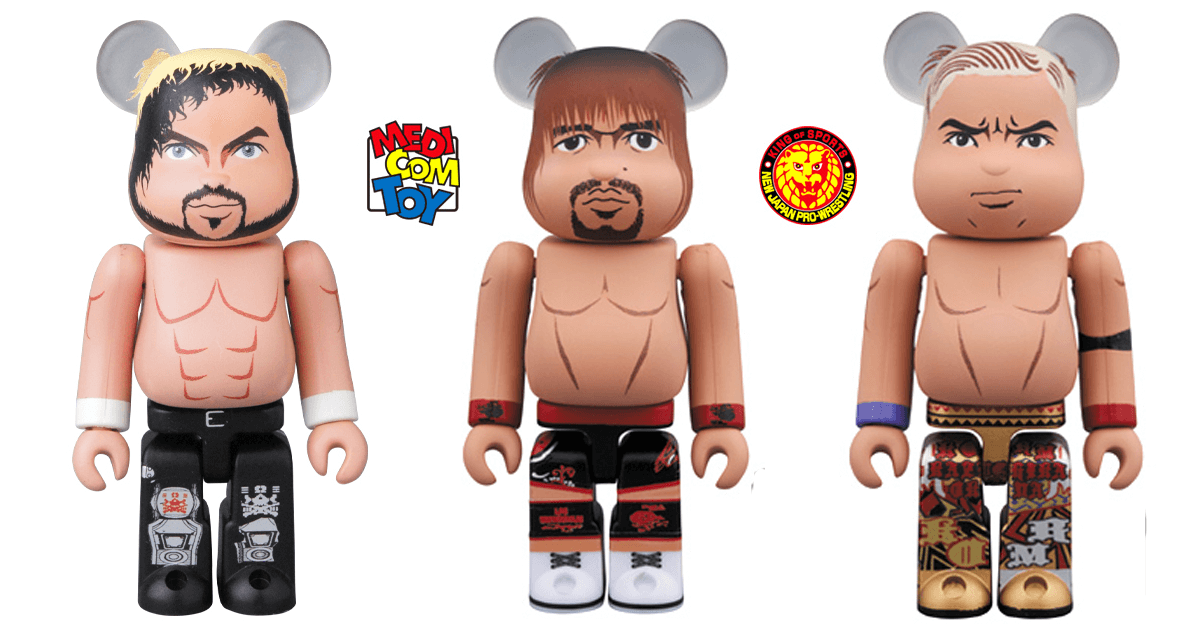 As I set myself to watch Wrestle Kingdom 13 this morning, wishing I was at the Tokyo Dome in Japan for this New Japan Pro Wrestling (NJPW) event, I was scrolling through my Instagram feed and saw the latest line-up for the Medicom Toy [email protected] Series 37 release. As I looked closer I noticed that one of the new additions to this series was Kenny Omega!

Kenny Omega, for the uninitiated, is the current IWGP Heavyweight Champion in New Japan Pro Wrestling, although all that could change today as he faces Hiroshi Tanahashi in the main event of Wrestle Kingdom 13. Once leader of the Bullet Club, now part of The Elite, Kenny Omega is renowned worldwide for his wrestling abilities. Many claim that Omega is one of (if not) the best wrestlers in the world today.

With his devastating One Winged Angel finishing move, Omega has risen to the top of pro-wrestling and it is great to see that he’ll be included in the next series of [email protected] Trying to find release information on this new series as most info is in Japanese, I would expect Series 37 to make it to the US/UK later in 2019. We’ll keep an eye out for more details from western stockists. You can see the rest of [email protected] Series 37 at the end of this post.

Whilst searching for more information on the [email protected] Series 37, and the Kenny Omega addition, I came across two other NJPW [email protected] Wrestling figures that I had missed during the summer of 2018. Okada and Naito. Both iconic NJPW wrestlers. Both having matches today at Wrestle Kingdom 13.

Naito, pictured on the right in the picture above, will likely be in the match of the night when he challenges Chris Jericho for the IGWP Intercontinental Championship, which is now set to be a No DQ match. One not to miss for sure.

Both figures released in August 2018, and are now sold out via Medicom. Each were ¥1,944 JPY (around £14) and are 70mm in size. Whilst they are originally sold out, they was due to ship in December so you may find that more are available via 3rd party stores if you’re lucky. Both are currently available via Yahoo Japan shopping. Okada is available HERE and Naito available HERE.

As mentioned above, you can check out the [email protected] Series 37 releases in the image above. If we find a UK/US stockist, we’ll let you know.