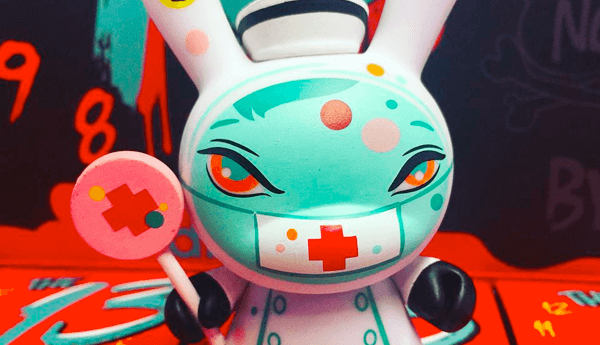 So we on to Day Three now, with Kidrobot posting the third official image (below) from the upcoming Dunny Series – The 13. Brandt Peters & Kathie Olivas go the full hog with this release and so far they’ve all be pretty awesome.Today we have #11 – Nurse Casket. The 13 Dunny Series will release on Friday 16th October. We would have totally waited until November Friday 13th personally. Still quite stoked to get our hands on this series. So far it’s looking ace.