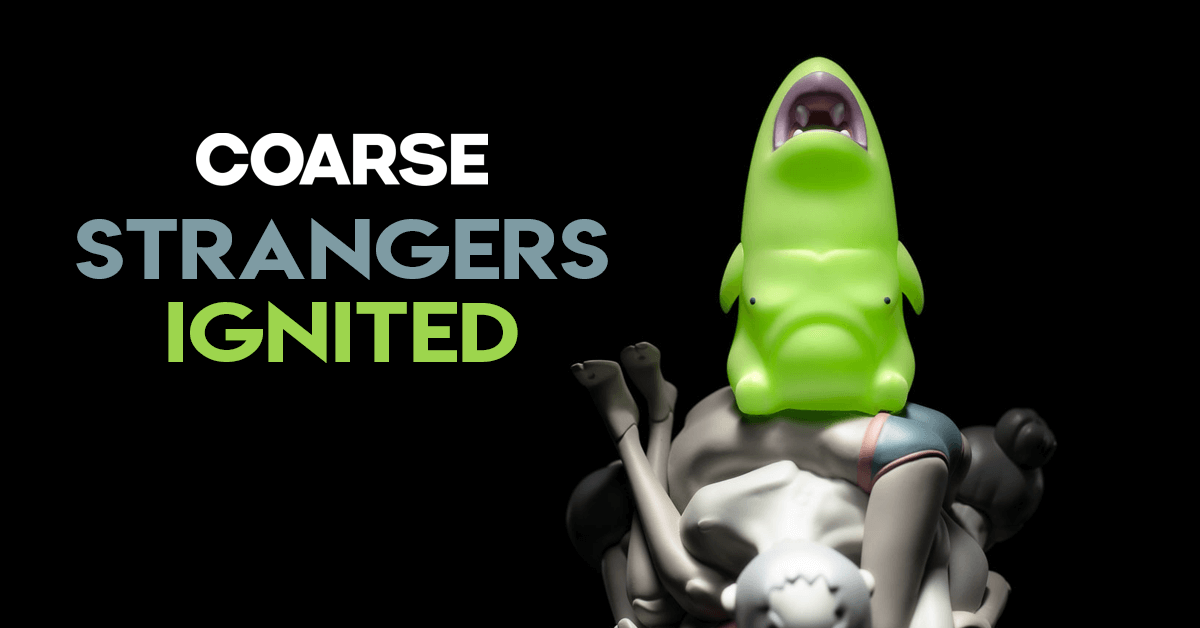 You eclipsed me like a moon, but the shadow changed us both. By the time it was over you were gone. And now we are strangers again. New colourway of the world famous Strangers platform by coarse is NOW available!

Dropped earlier this evening to EVERYONE, the new Strangers Ignited colourway is available HERE in a limited number of 199 piece. Priced at $199 (about £150). Strangers is the second figure in the coarse Ethos series, detailing the pain of nostalgia and the consequences of time’s passage. This is the third colourway of Strangers following Paranoia and Narcosis in 2017. Strangers Ignited was originally released at DesignerCon 2018 in limited numbers, now the rest of the Designer Toy world gets their chance to own this version – not sure Anaheim.

This 14inch figure includes both the void and the sphere of time’s intersection. While this is a free-standing figure, an optional acrylic base is also included. The set comes securely packed inside a color-printed gift box and embedded in black sponge. Each set includes one Family and Friends Application card. Expects to ship in 1-2 weeks.