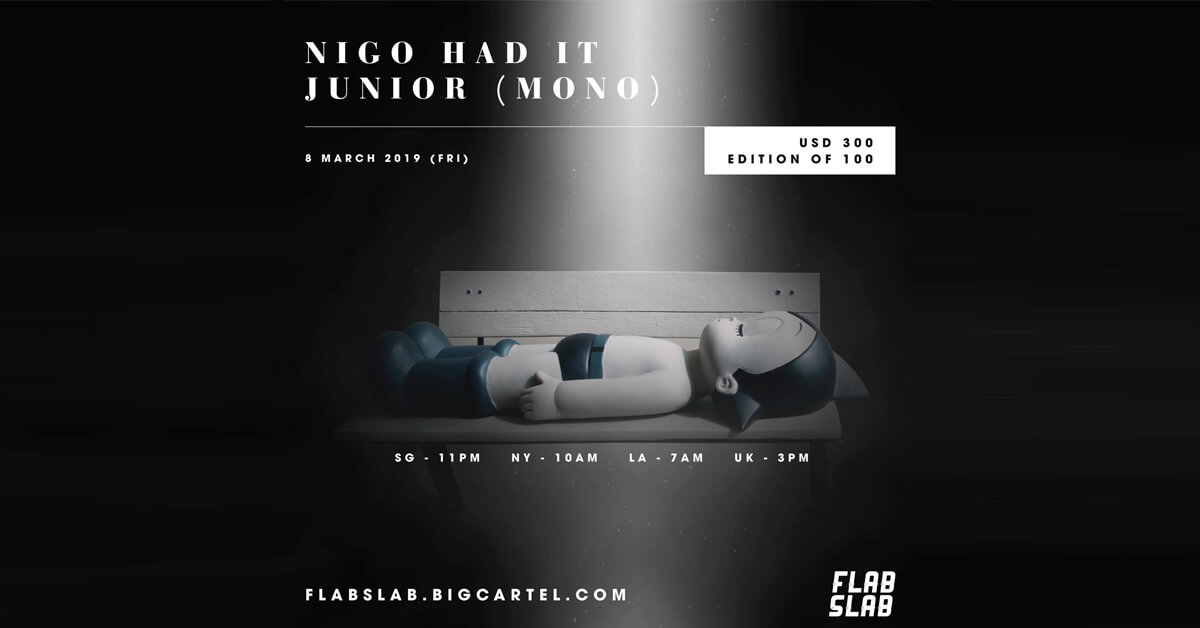 With the chaos around the world right now, one thing we can all do is take a leaf out of FLABSLAB’s Nigo Had It Junior is close your eyes and sleep tight and fuck the world, HA.  Last month the batch of the Nigo Had It Junior [OG] edition was made available and now this Mono edition can be yours TODAY.

Nigo Had It Junior is back in the mono edition. Inspired by a lot in the NIGO Only Lives Twice Sotheby’s auction in 2014.

First batch of the Mono Juniors. These pieces are ready to be shipped.