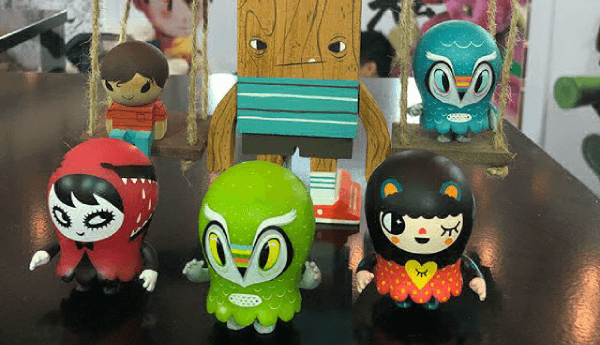 Whilst Martian Toys were out at Thailand Toy Expo today, they were in a giving mood when they revealed their new platform collaboration with Marsham Toy Hour host, Gary Ham. Jasper, meaning treasure, was the winner of the Martian Toy’s Blank Competition last year. Since then Mr Ham and Martian have been working on the new release of Jasper figures.

To say we are impressed would be an understatement. At TTE, Martian Toys showed us the first five artist designs of Jasper. Two colourways by Gary Ham (which are freakin’ fire),
and the other three by Mizna Wada, Yema Yema, Muxxi. These are currently only prototypes on show, but expect to see final images in the near future. We don’t have any additional information on the release of Jasper, but we sure as hell cannot wait! We’ll bring you details once we hear more! Keep track of your Designer Toy news with the TTC Mobile App for FREE on the App Store and the Google Play Store!

So 2018 will see at least TWO new Designer Toy platforms. Jasper & Janky! They’ll no doubt be going head to head in the 2019 Designer Toy Awards next year, but in the meantime, we need to focus on the 2018 Designer Toy Awards and winning Best Media Outlet for our efforts during the year of 2017! If you think The Toy Chronicle deserves this award, please click on the below image and go VOTE for TTC! Muchas gracias!