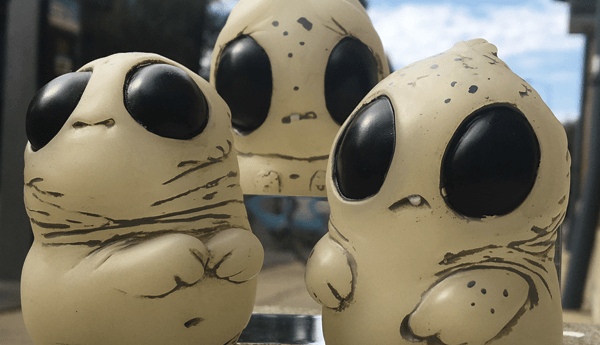 Remember back in May during the inaugural Five Points Festival in NYC, we brought you an exclusive tease on the new release of GID Figgle Bits by Chris Ryniak (read HERE). We now can bring you more official details on this glorious GLOWINTHEDARK release this week! 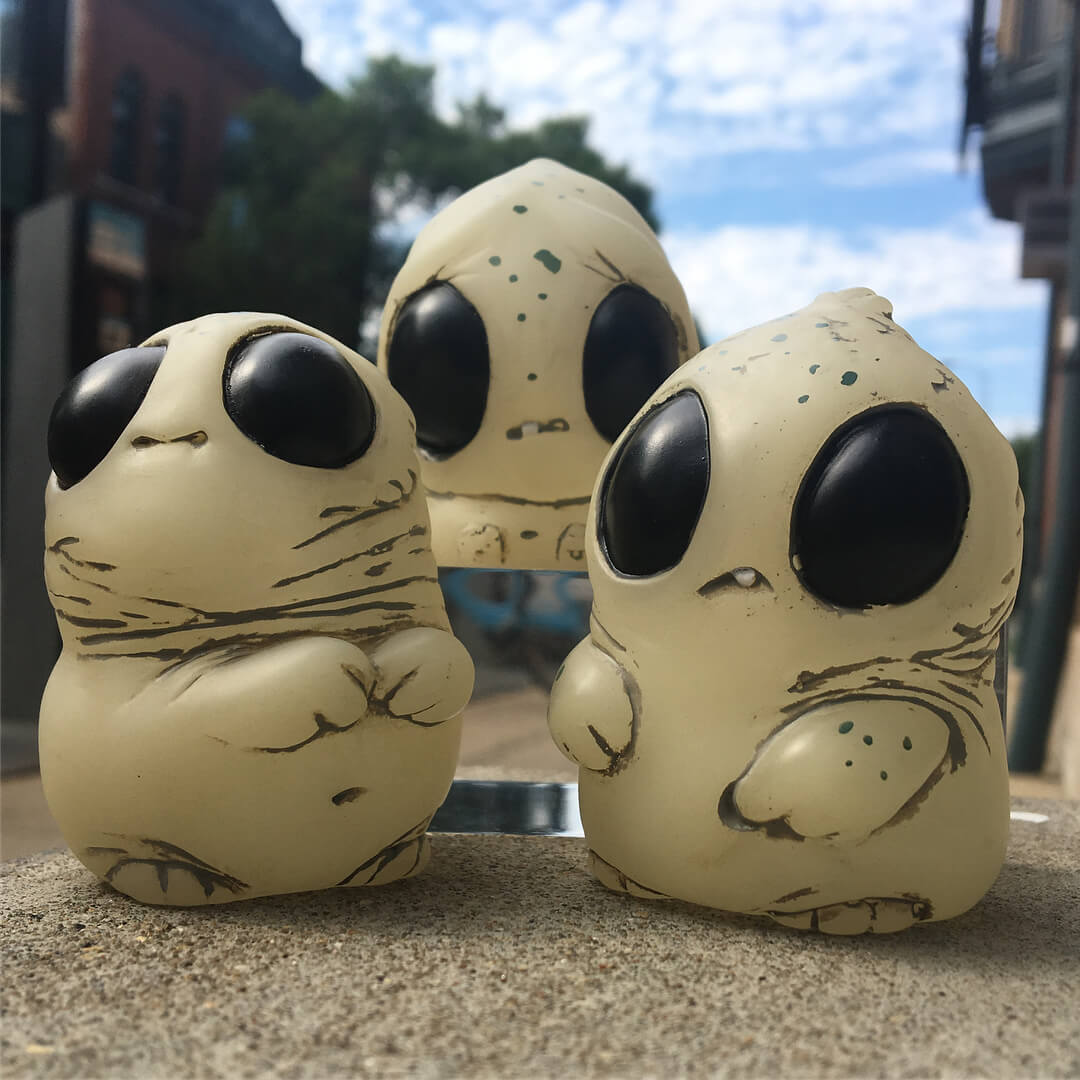 Fibbly, Gubble and Plopp make their GID debut release this week at SDCC and we’re gutted we can’t be in attendance to pick these up in person. Fear not though, there are 300 of each character, so hopefully, those lucky buggers at San Diego Comic Con won’t snag them all and they’ll be put online soon after SDCC.  The GID Figgle Bits will be available from the Squibbles Ink + Rotofugi SDCC Booth #5248 from 20th July. If/when they release online, they’ll drop over on Rotofugi.