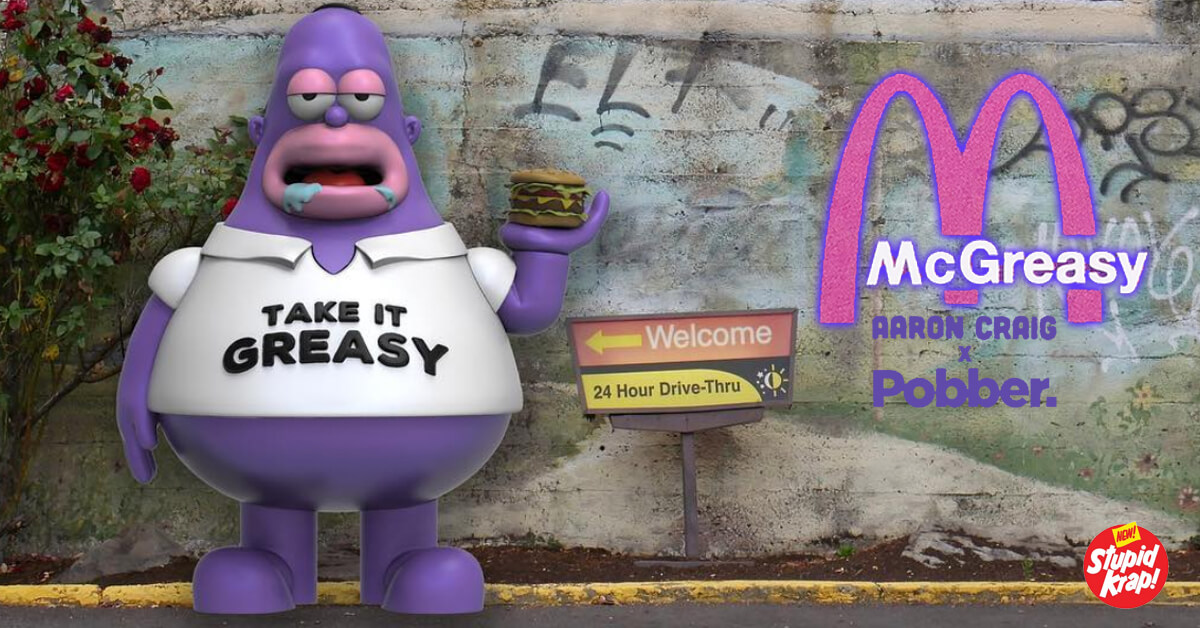 Did everyone check their emails over the weekend? Its now been confirmed! Aaron Craig’s ‘McGreasy‘ designer toy pre-release date is CONFIRMED! The limited edition vinyl toy will be released at Pobber Toys. We’ve already previously said, Aaron Craig of Stupidkrap has hit us with some stonking news for collectors who are after “Mc Greasy”. With the resin edition bound to be limited due to the demand from the hungry collectors, Arron has enlisted the help from Pobber to produce it in VINYL! “My ‘McGreasy’ designer toy pre-release is coming soon, and due to an overwhelming interest, I’ve decided to partner with vinyl heavyweights @pobbertoys on the release. This limited edition piece will now be produced in high-quality vinyl and the edition size will be increased so your chances of scoring one just got better!” 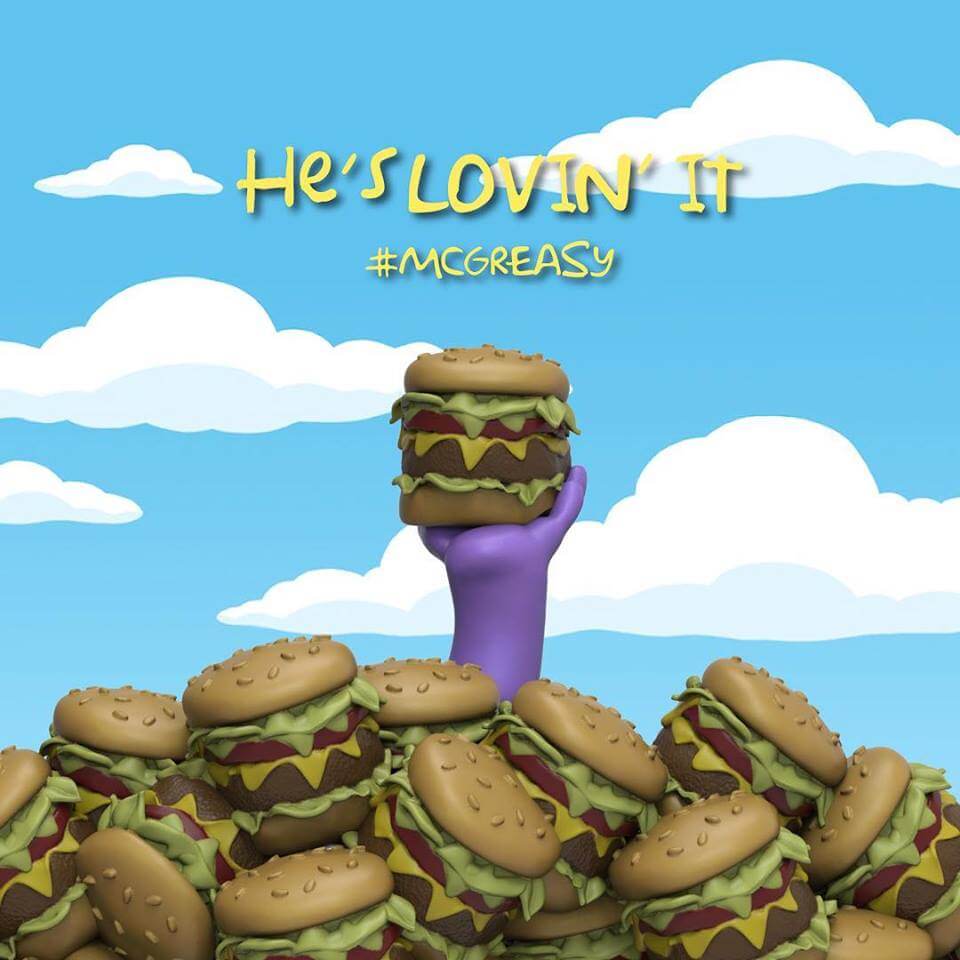 Below is the resin prototype and possibly now turned into the master sculpt and waiting to hit the Pobber factory as we speak. Get drooling. Here’s what we previously said about the resin release. 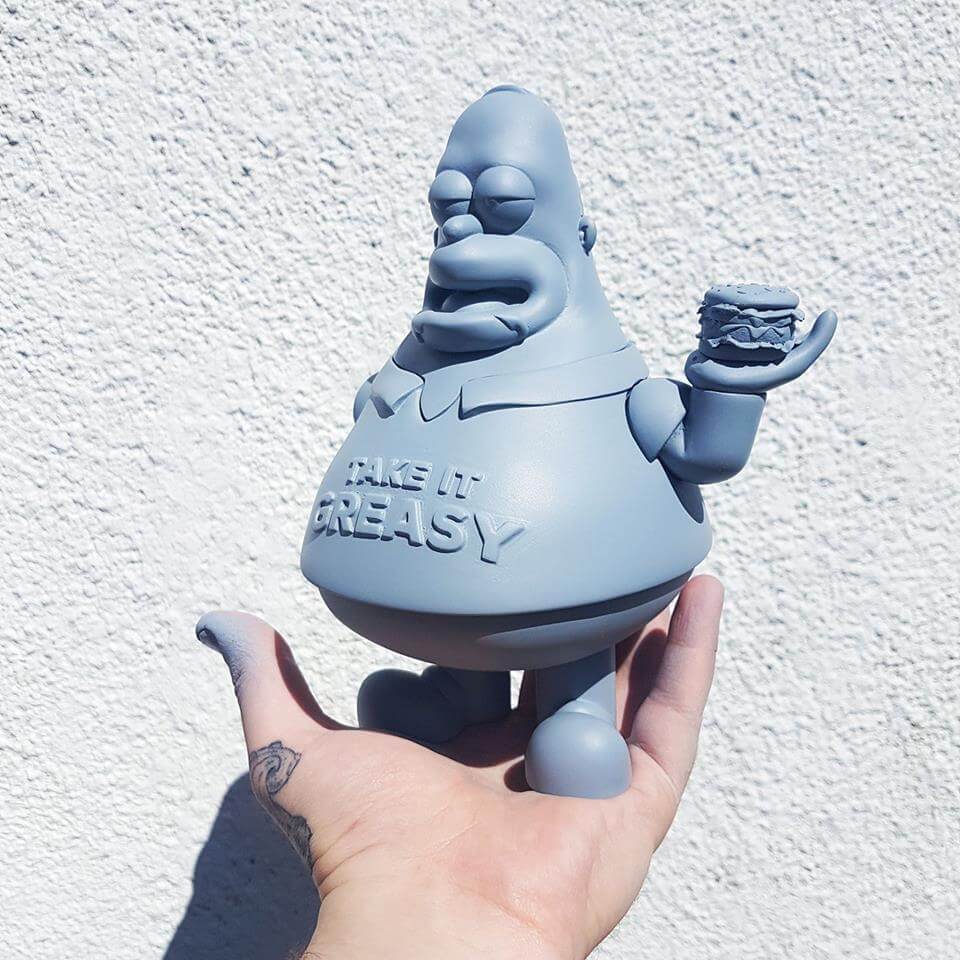 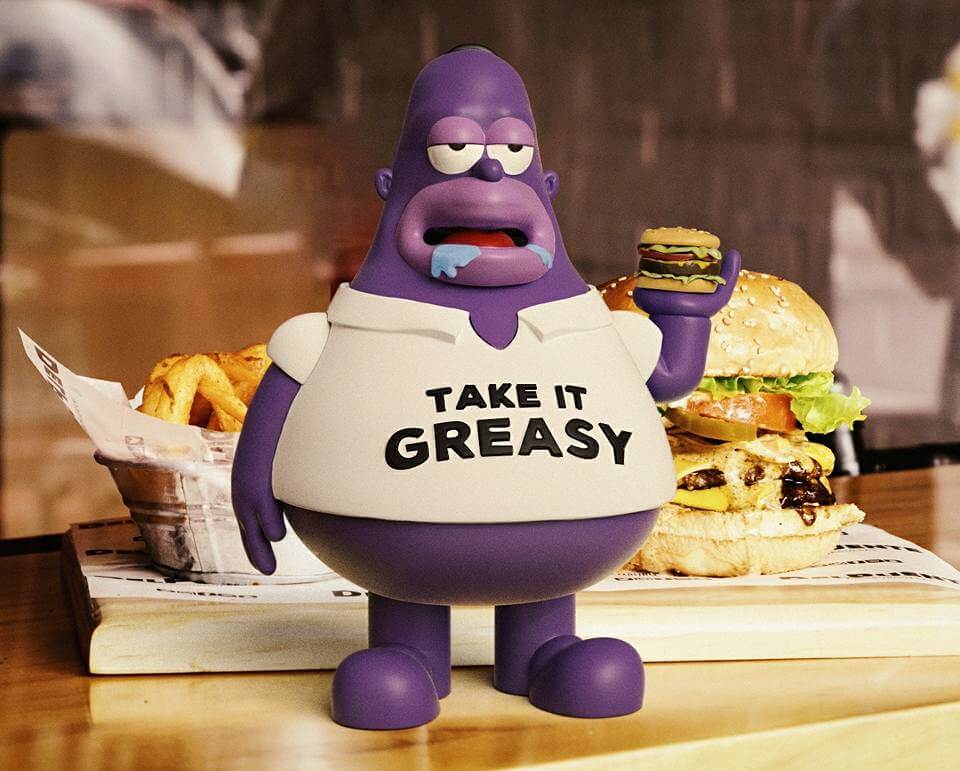 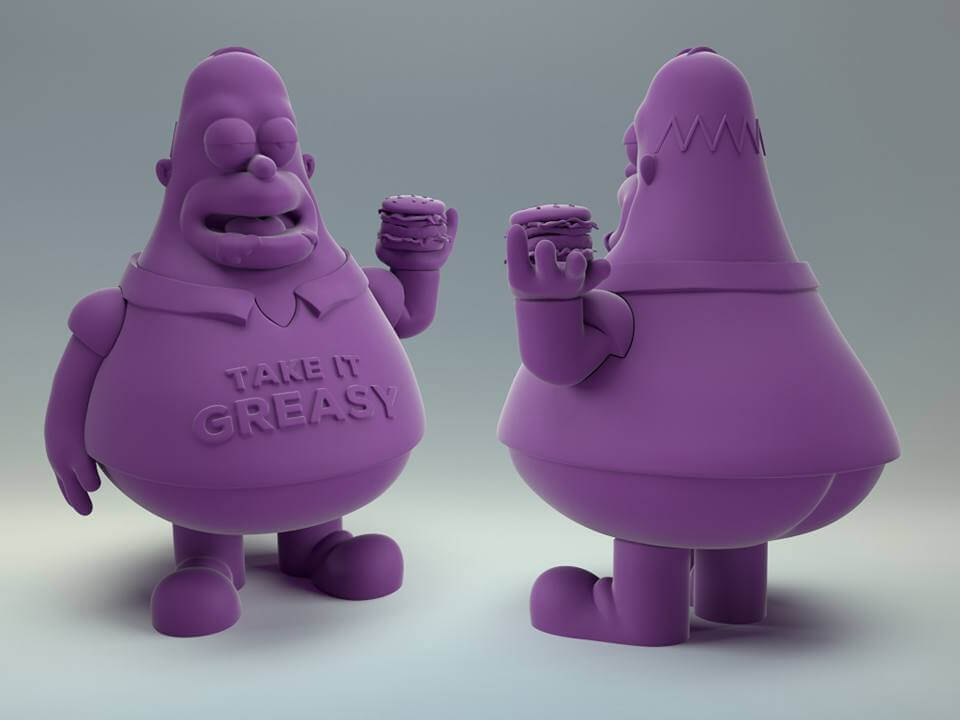 PRICE: To be announced 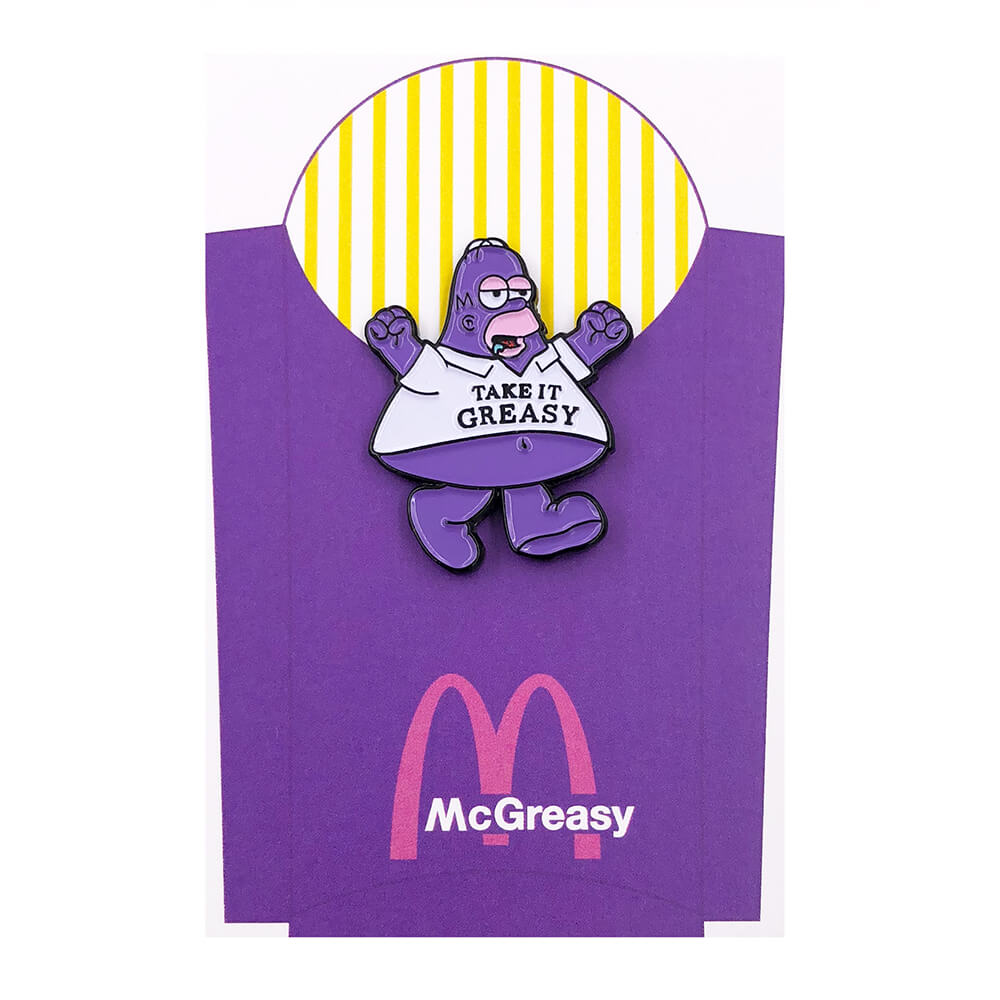