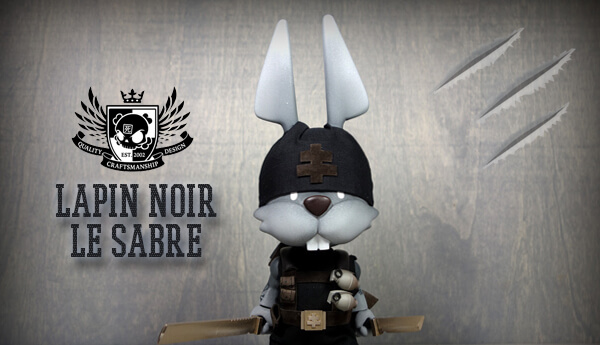 Many leagues from Grey Wolf’s Creek, over the thundering front where the giant, shambling tin cans clash, lies the Untz occupied burrows of Grass Valley. And it is here, beneath a nondescript bar, behind a secret staircase, and only spoken about in careful whispers, that lies the headquarters of Lapin Noir: the people’s resistance. This covert group comprised of saboteurs, informants, news runners and shadow smugglers protect the occupied locals and sow confusion from behind enemy lines.

Of the many heroic members of the resistance, Le Sabre is considered one of the most notorious amongst the enemy. Silent with his blades, he is a stealthy infiltrator and backdoor perpetrator, who is well versed in destroying supplies, stealing classified documents, and wrecking havoc amongst the enemy occupiers. He is considered a giant pain in the ass by many an Untz commander and this notoriety has left his name sitting constantly atop the Untz‘ bounty list.

In his free time, Le Sabre has a passion for good whiskey, card games and beautiful women. Le Sabre is now available! He stands 9.5″ tall, give or take. Signed and numbered. Set of 10. $850 + S&H. Payment due at time of ordering. The figure will ship in approximately 4-6 weeks. Anyone interested in adding this sword wielding member of the resistance to your collection please email [email protected] ASAP.

One other thing we want to highlight. I’m digging that Huck has the decently to take some beautiful photos of his work. Artist/ customisers please take note. Doesn’t have to be that fancy going outdoors. All you need is black or white paper and use your phone. It’s better then taking a toy/ art that you want to sell and expose to the public with photos of a messy background and clutter. Take Hucks photos for an example.

If you didn’t know already, Huck Gee will be headlining at The Toy Chronicle Collective at ToyCon UK 2016 Saturday 9th April. As well as TTC afterparty! 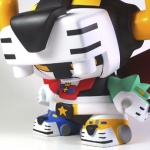 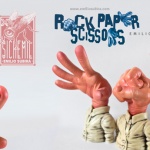