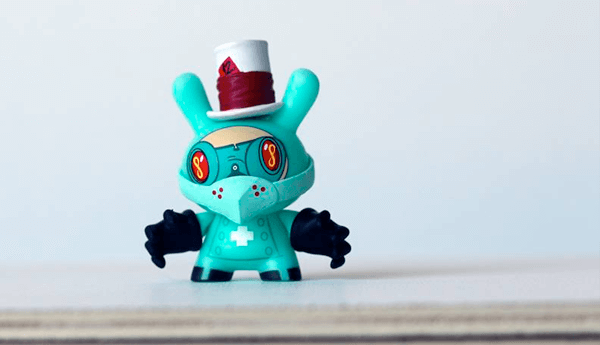 Yesterday Kidrobot began the final run-up to the Brandt Peters x Kathie Olivas ‘The 13’ Dunny Series release with the official pictures of the Dunny characters involved. We started with revealing #13 of #13, which you can see HERE.

Today we bring you #12 – Dr Macabre. You’ll be able to catch the remaining 11 over the course of the next 11 days.