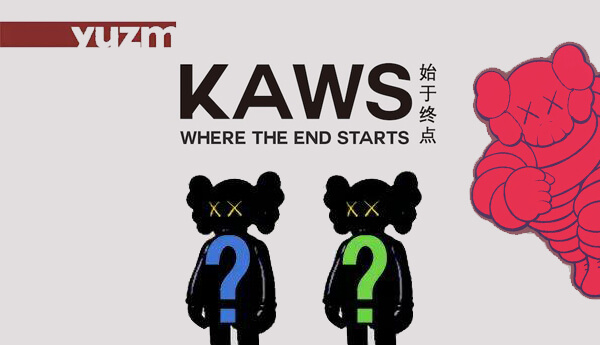 As 28th March comes closer, KAWS ‘WHERE THE END STARTS’ exhibition YUZ MUSEUM in SHANGHAI the buzz is stronger than ever. It’s not a secret that the KAWS COMPANION Open Editions will be available during the exhibition, BUT our guesses were correct as 2 new releases will make its debut. We now doubt it will be a KAWS BFF VINYL as now the blacked out silhouette doesn’t look like KAWS BFF.

The news is sketchy at this time and we can only speculate but from photos that’s been floating around the net one can assume it will be 2 new colour ways of KAWS COMPANION. The biggest signal is the blue and also a green? Maybe GLOW IN THE DARK versions. Many bootlegs have now started to produce them and have them in stock, could signal this move from KAWS x Medicom.

Our guesses and hopes are re-issues of the Companion (Five years later) – Glow in the dark editions. 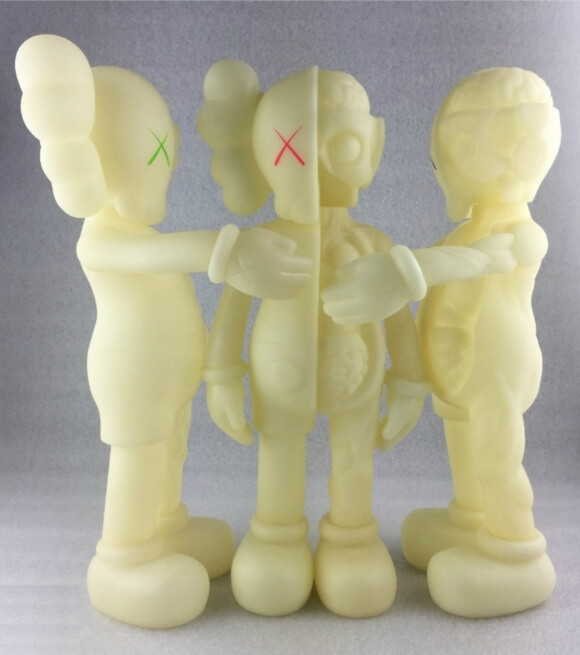 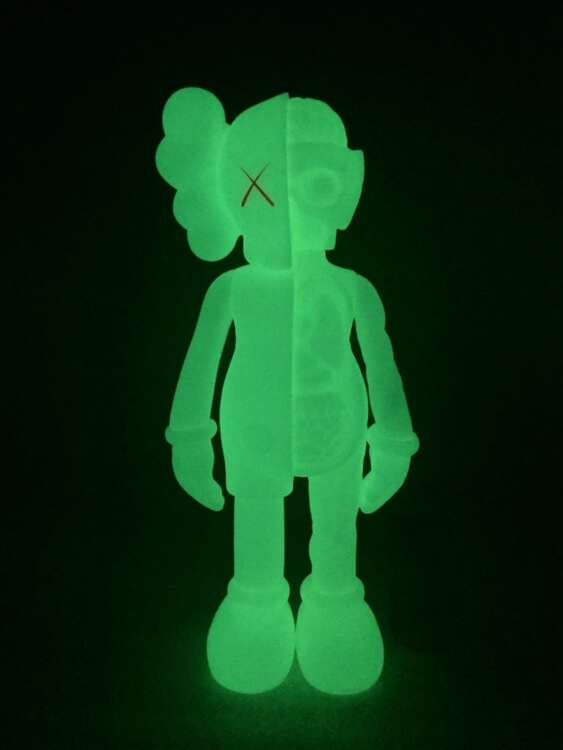 We also tried to speak with Yuz to get confirmation, and whilst the below Facebook Message may well be a translation issue, we are putting our money on the GID Companion figures being released next week at the KAWS exhibition at Yuz Museum. 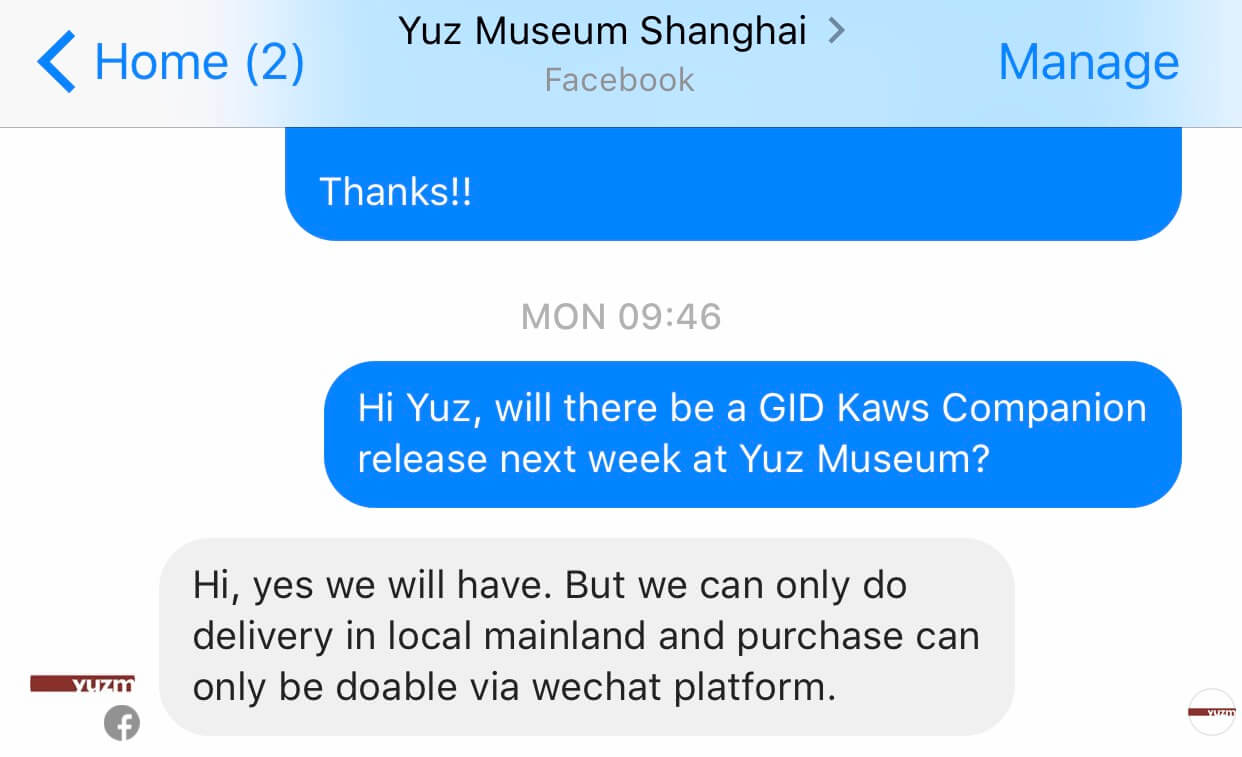 Not even our pal, xlbchronicles on Instagram knows what the final look will be, but what we do know flippers will be doing jumping jacks right now. For real collectors, it’s all eyes on deck to see if a worldwide release will be on the cards. Only time will tell so stay tuned. What we do know there will be a VIP event before the exhibition opens, hopefully we will bring you some behind the scenes footage. 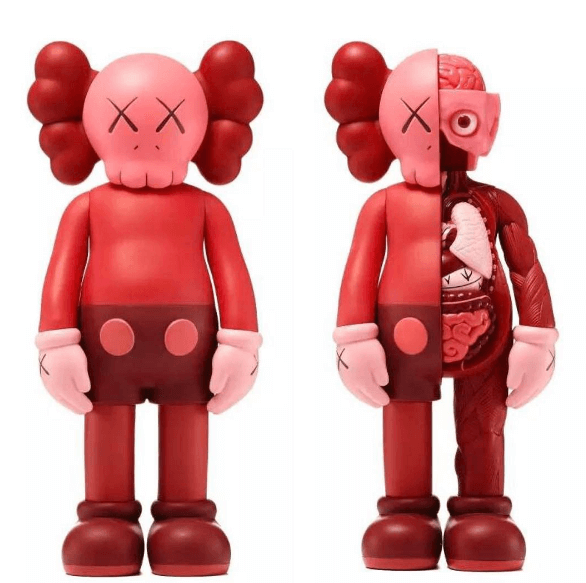 If you’re in Shanghai between 28th March and 13th August, you should definitely hit up the Yuz Museum. 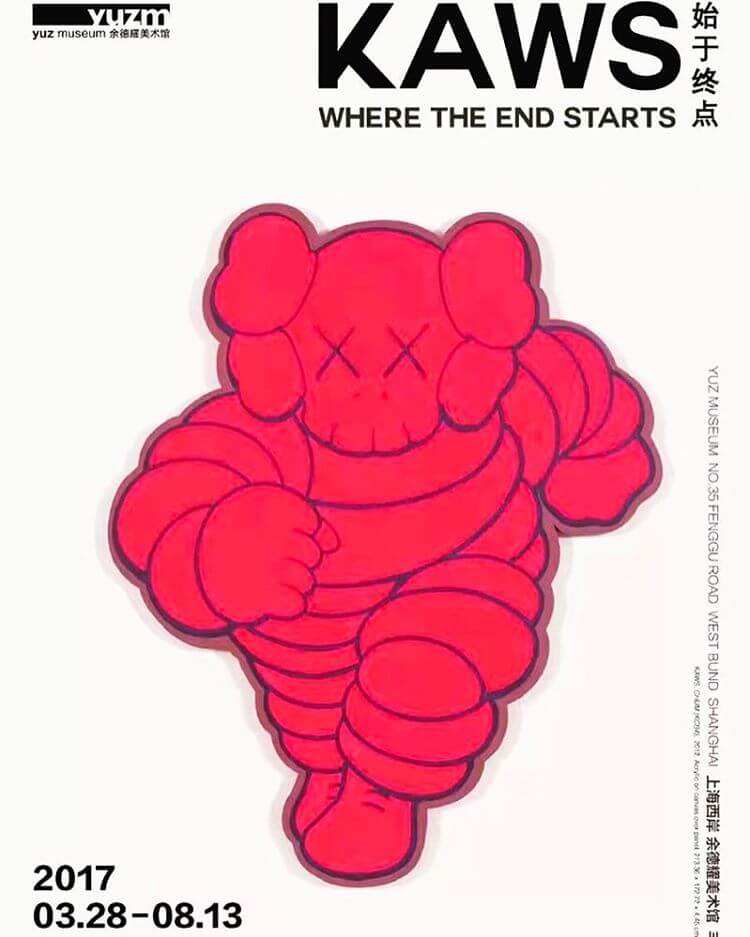 Early-bird tickets especially for the exhibition?KAWS: WHERE THE END STARTS?are available now. At the same time, latest open edition of KAWS “Companion” toys will be launched online. You can follow the official WeChat account of Yuz Museum to make reservations. 👉🏻Special offer: Early-bird ticket only?100/each (usual price is ?150), limited booking time from March 13th to 27th, 2017. (Please note that all tickets purchased online will need to exchange at the museum service desk from March 28th, 2017). ???? About #companion | KAWS’s iconic character COMPANION is available in full body or flayed, both in the three different colorways-brown, grey, and black. The 17 year-old character, first introduced in full body in 1999, COMPANION has been presented in a variety of material and scale. This original sculptural creation is for all art lovers and collectors.