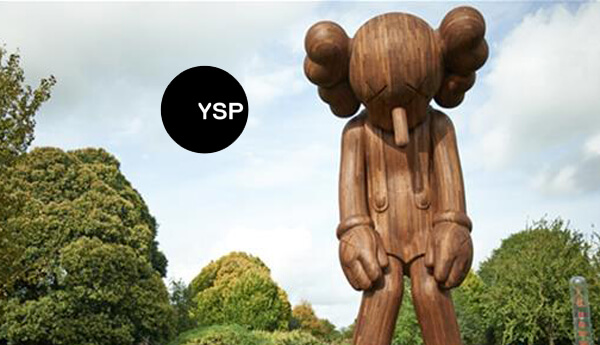 OH my days! it’s true 2016 is going to be a blast. Especially when you here that KAW will be in Yorkshire. YES good old sunny Yorkshire UK. Time to mark the calendar and prepare for a day tip to Yorkshire Sculpture Park, here’s the details.

This is the first UK museum exhibition of work by the renowned American artist KAWS, whose wide ranging practice includes painting, sculpture, graphic design, toys and prints. The expansive Longside Gallery features the artist’s large, bright, graphic canvases immaculately rendered in acrylic paint, alongside towering sculptures in fibreglass and wood. The historically designed landscape of YSP becomes home to a series of monumental and imposing sculptures in KAWS’s trademark style – nostalgic characters in the process of growing up. 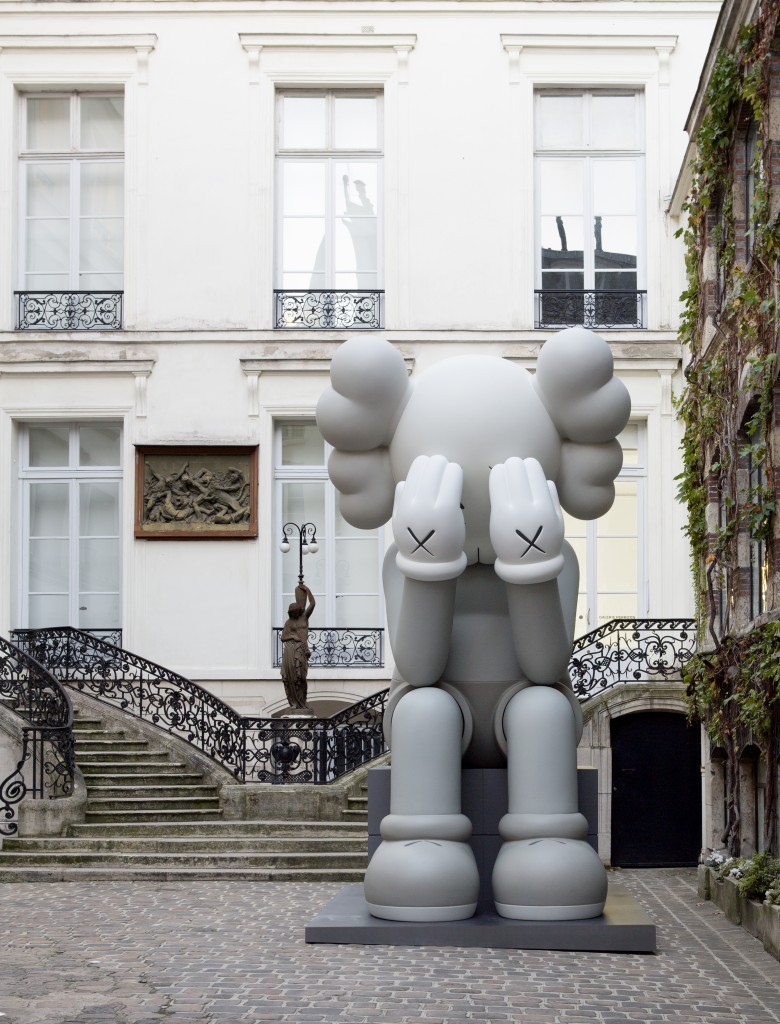 KAWS absorbs popular imagery to produce works that are semi-familiar, with layers of contradictions and subtleties. Outdoors, with their outsize and monumental proportions, KAWS’s sculptures bring to mind dystopian cartoon characters; recognisable personalities from childhood who appear to have lost their innocence. Against the Park’s tree line, the group of six works in natural and black-stained wood, measuring between six and 10 metres in height, are simultaneously spectacular and plaintive. Once bright, iconic characters are rendered in disheartened, world-weary poses; imposing yet full of pathos, they point to an array of psychological narratives, suggesting compassion, surprise and despair.

Brooklyn-based KAWS is considered one of the most relevant artists of his generation. Within the Pop Art tradition, he has created a prolific body of influential work, which both engages young people with contemporary art and straddles the worlds of art and design to include street art, graphic and product design, paintings, murals and large-scale sculptures.

KAWS developed a passion for popular culture in art and design early in life and studied illustration at the School of Visual Arts in Manhattan in the early 1990s. By then he was already well versed in graffiti, having frequently tagged walls and freight trains with the letters K A W S. KAWS continued developing his visual vocabulary conceiving his soft skull with crossbones and crossed-out eyes, which would become a signature gesture. After college, he worked as a freelancer for animations studios, which further catalysed his appropriation of iconic characters from popular culture and comic books.

“KAWS regularly exhibits in museums and galleries internationally and his work continues to appeal to a loyal fan base as well as the commercial sector. He has collaborated with industry leaders including Nike, Vans, MTV and Kanye West.”

“Yorkshire Sculpture Park is a pioneering place that aims to challenge, inspire, inform and delight, welcoming over 400,000 visitors, including 48,000 learning visits each year.”