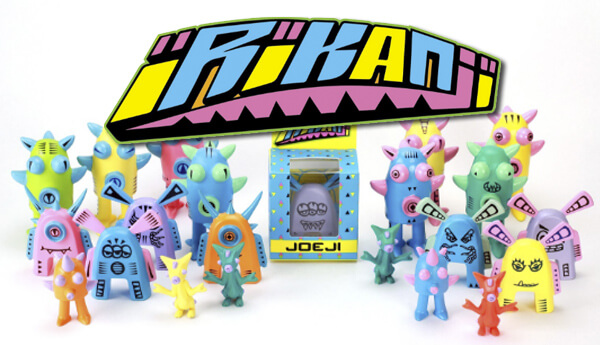 Welcome to the “The Known”. What is “The Known” you might ask? It’s a ‘world of fantastical creatures inhabiting a far future, a post-singularity apocalyptic realm’. Sounds good right? Well, it’s very joyful and colourful we can tell you that! Created by Australian street artist Facter, this whole universe is inhabited by these creatures, known as Irikanji;

We’ll give you a moment to adjust your eyes and let Facter himself give you the rundown;

‘The Known is a futuristic, post-apocalyptic realm in which nanotechnology has transformed organic life forever, and altered its place in our solar system. Set against the backdrop of a failed emergent singularity event in which the Axiate, a rogue AI entity, seized control over both the computational and physical matter of the world, The Known is a place of wonderous and surreal vistas.

In this chaotic and surrealistic realm, vast fields of nanotechnology known as Tehgu spiral out from our world into the depths, creating islands across the skies of space. Living across these habitats are new denizens of flora and fauna – highly evolved and mutated organisms, both biological and mechanical, that have
filled every ecological niche possible in the new world.

These are the Irikanji, and this is their time.’

These hand made sculpted beings are where street art meet illustrations, the physical manifestations of the many inhabitants that reside within Facter’s imagination.. Shall we meet the Irikanji?

“The Joeji come in more varieties than any other Irikanji, and no two are the same. They are highly susceptible to Endopolygeny, in which they reproduce at a high rate into many different forms by budding off into different individuals. These often result in a variety of pseudo-calves and varieties based on the Joeji form – the Vikanji is one example of this. Their temperament varies – they can be happy and joyful or mad and aggressive – with a Joeji, you never quite know what you’ll get.”

Joeji is available in a variety of 50 limited pieces. Each Joeji is a unique piece, with different colorways and detailing – no two are the same! “Living across the vast Tehgu fields that join the various realms of The Known, the Kanjiroo are placid and joyful creatures. Found in small herded enclaves, these semi evolved kangaroos were miniaturised during their initial vitiation, and left with many of their forbearers characteristics. They are counted as one of the most peaceful of all the Irikanji, but are also very boisterous in nature.”

Kanjiroo are available in a variety of 20 limited pieces, with unique colorways. One of the more placid of the Irikanji, this shy beast lives amongst the smaller islands across Tehgu-space. A water loving creature, it can often be found peering above the shallow ponds in quiet forests. The Bomji are often sought out for their companionship, but their rudimentary humor can quite easily be misunderstood as insults if one is not accustomed to their nature.

Bomji are available in a variety of 25 limited pieces, with unique colorways. A pseudo-clave mate of the Joeji, the Vikanji vitiated from its sibling and evolved several attributes for defensive purposes. Appearances can be deceiving, however, as the aggressive looks of the Vikanji belies a quiet and kindly demeanor. As such, the Vikanji is one of the friendliest of all Irikanji – once you get to know them.

Vikanji are available in a variety of 30 limited pieces. Each is a unique piece with different colorways. The Minji are clave-mate vitiations of the Bomji, and can often be found in the same habitats. Whereas the Bomji don’t like to wander far from the lakes on their Tehgu-islands, and are too shy to relate to strangers, the Minji are the exact opposite. Enthusiastic, energetic and often mischievous in their naivety, they seek out new adventure and new friends at every possible opportunity.

Minji are available in a variety of 30 limited pieces in unique colorways.

Also, range of customised pieces will be made available as an artist series. Each customised Irikanji features a one-off design specifically created for Taipei Toy Festival 2017 and will be released over the four days of the festival. The first limited editions of Irikanji will be released at booth A19 at the Taipei Toy Festival in October 2017! 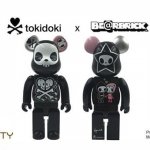 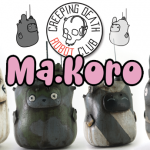