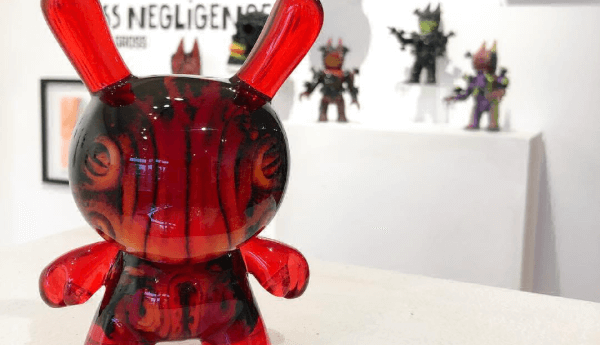 Oh, bloody hellfire! These new Hellfire 🔥 Octodunny by American Gross are bloody beautiful. As part of a special pop-up gallery show tonight at Clutter Gallery, alongside the Kyle Kirwan Cacophony Solo Show, American Gross (aka Josh Kimberg) will be releasing a new special colourway of his resin Octodunny – Hellfire. Using blood from the local hospita…. what, wait… that doesn’t sound right. We all know Josh doesn’t get his blood from the local hospital, he has far too many connections within the underworld of Beacon to both the hospitals for his supplies. 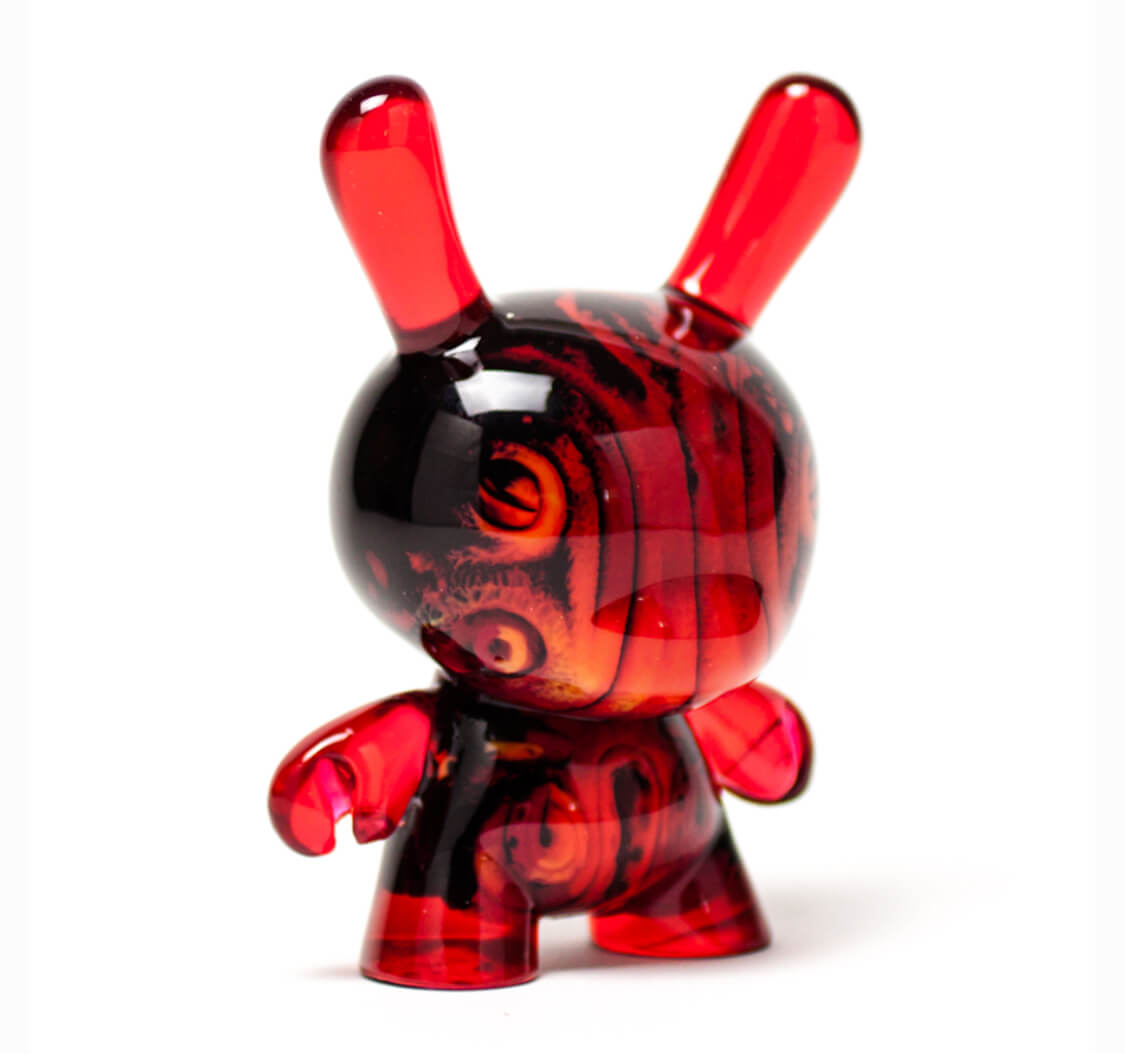 Clutter have made 40 of the Hellfire Octodunny, and 10 of these will be made available online following the show. We’ll keep you up-to-date with information on an online release, as we know you guys love these Octodunny releases from Clutter. In other new 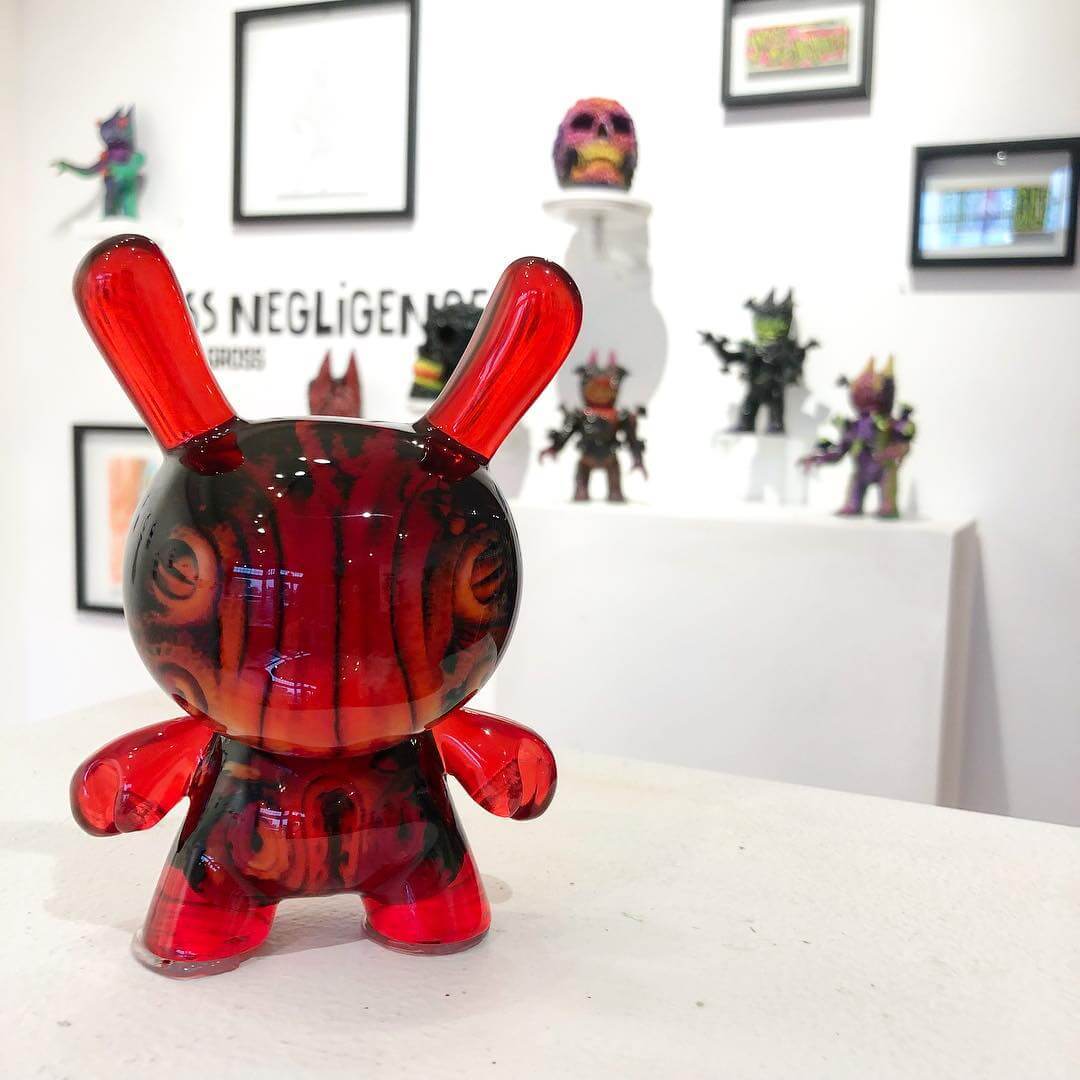 Keep your peepers on the TTC Mobile App for more information. Designer Toy news the EASY way! Cos that’s the way it should be. You want to be squinting at terrible non-mobile responsive Designer Toy blogs, or looking at the TTC Mobile App on your smartphones? We know which we prefer. The TTC Mobile App will also notify you when posts are published. You’ll get that information first before Facebook add their crazy algorithms. Best bit: totally FREE. Also, totally ACES. Search ‘The Toy Chronicle’ on both the App Store and Google Play store.