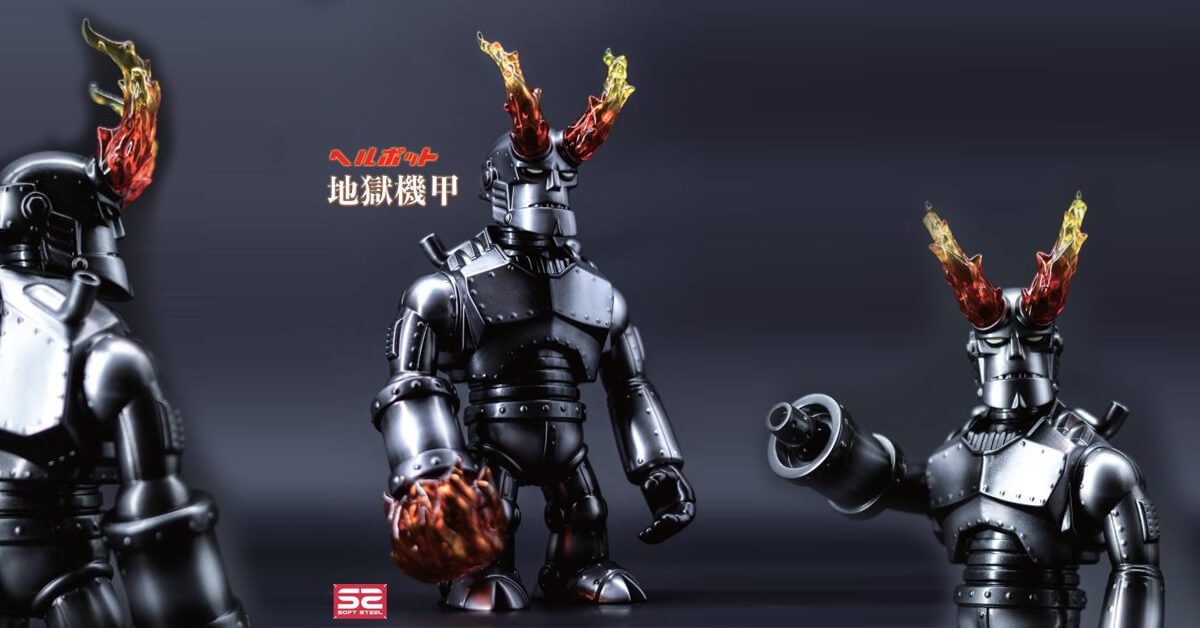 Taiwan based designers, Soft Steel took on ToyCon UK 2019 last weekend and boy did it have a great reception! 25.5cm tall Soft Vinyl figure “Hellbot” was on show at Code Corner and gave Hellboy and mecha fans a treat. Mixing pop culture references *Cough Hellboy with mecha and overall top quality production from ToyZero Plus it was no doubt going to make heads turn. Now with plenty of collectors asking how to own one, we have been notified online sales are now available.