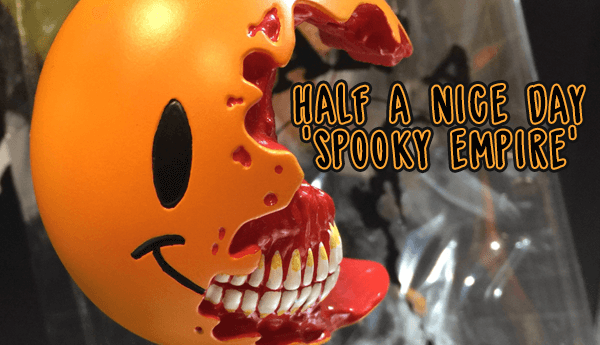 Before we give a wee look at the front of this art piece, let us just take a second to appreciate the glutes on this Half a Nice Day Spooky Empire edition! Workout much?! Half a Nice Day competing for DTA Best Designer Toy Ass, right up there with Huck Gee’s fine ass, right?! 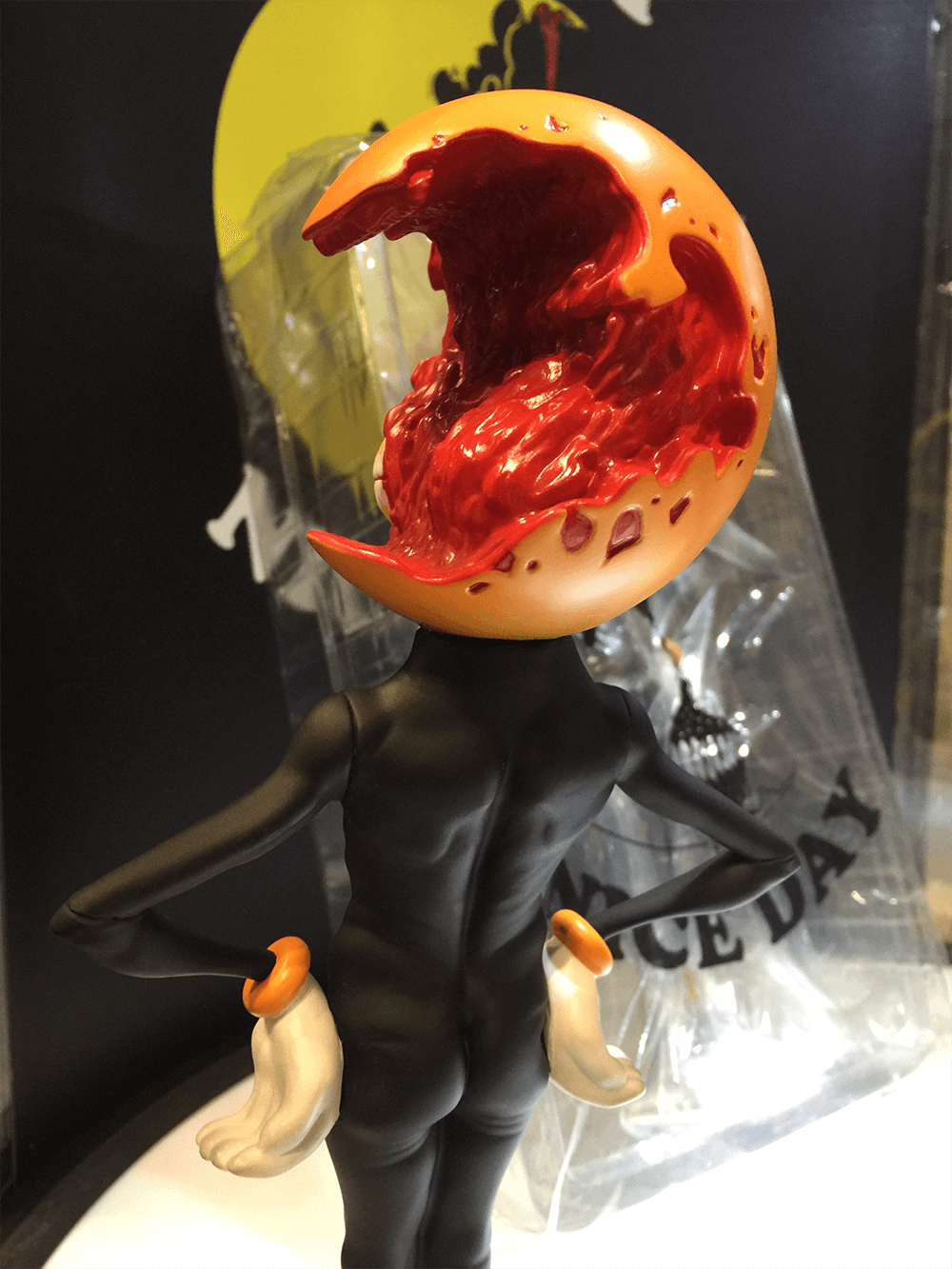 Now that we’ve spent far too long checking out his ass, let’s now enjoy the front of Half a Nice Day Spooky Empire edition! Standing at what looks to be around 12inches tall, designed by Alex Pardee & produced by ToyQube, this Halloween exclusive for Strange Cat Toys will be available at Spooky Empire on October 27th in Orlando, Florida. Mr Pardee has prepared a special print for all those that purchase Half a Nice Day from the Strange Cat booth at Spooky Empire (Horror Convention in Orlando). 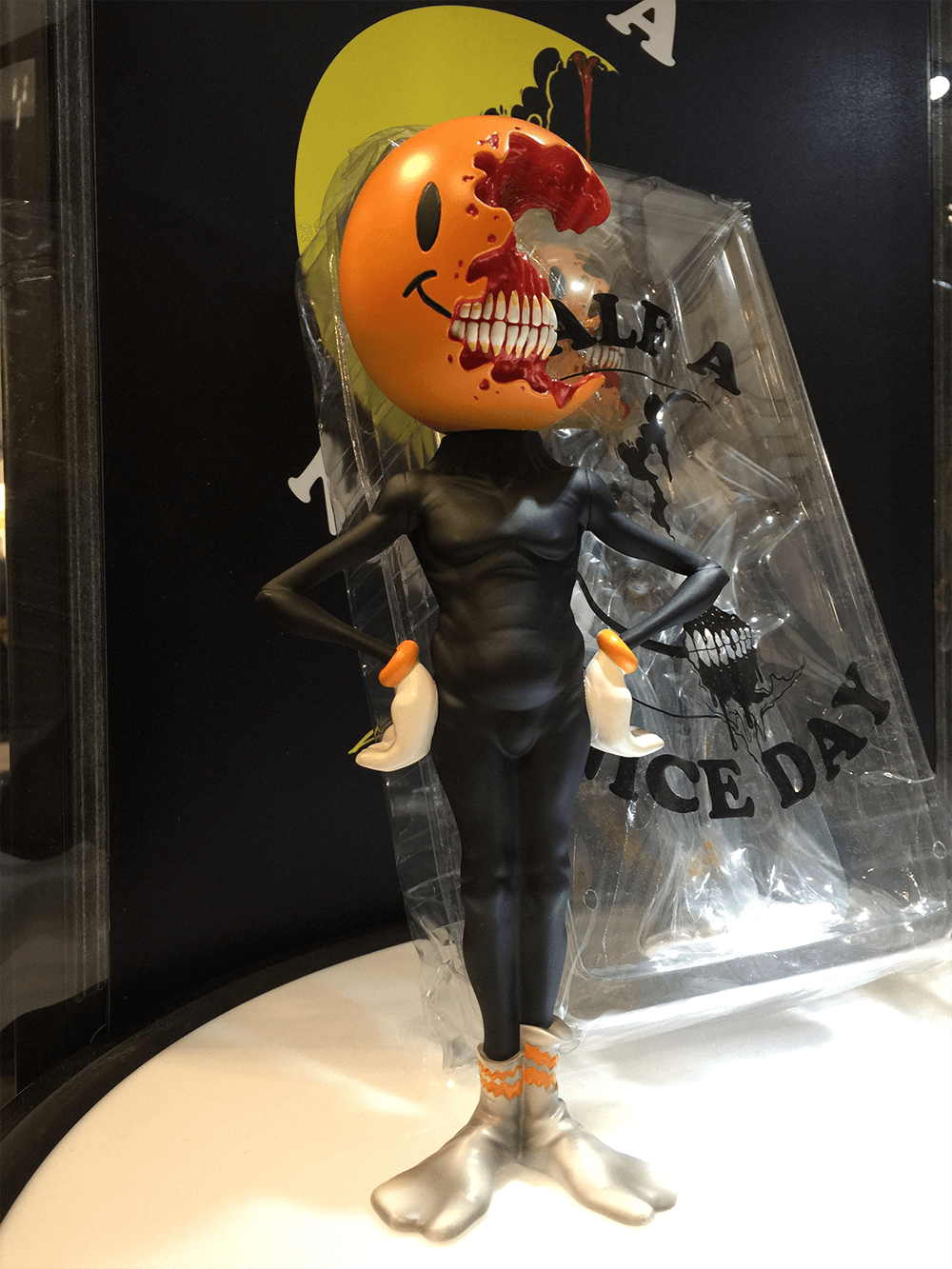 For all those that are unable to attend Spooky Empire in October, Strange Cat Toys will have an online release of Half a Nice Day Spooky Empire edition on October 28th. This will retail at $100/£77 and is an edition size of 110.