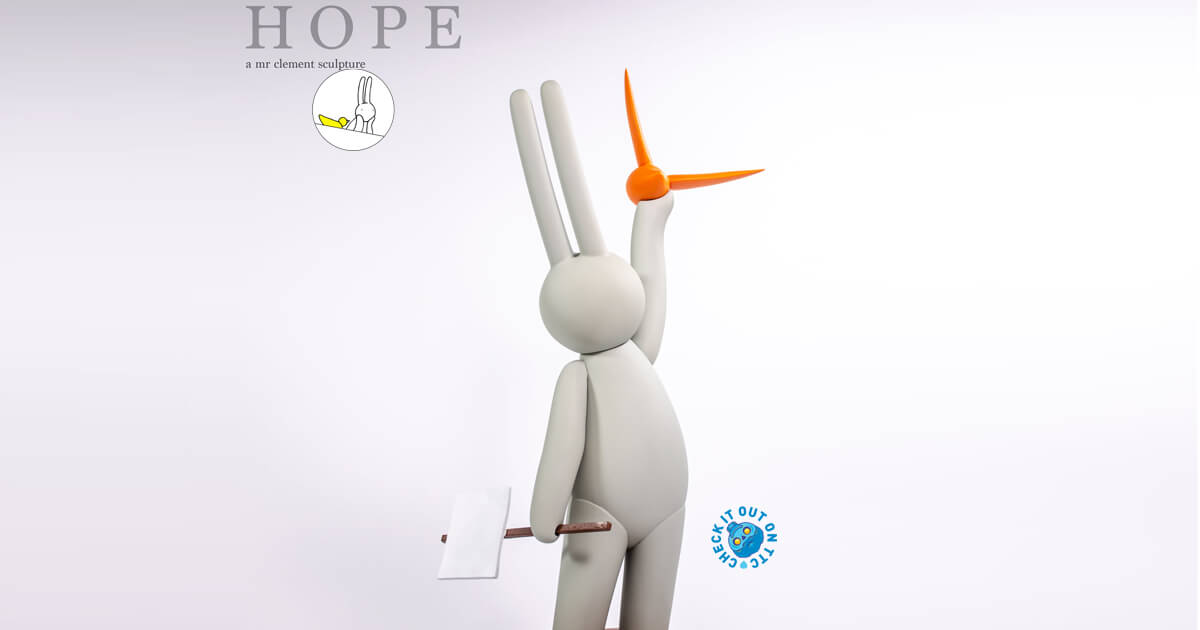 Here comes a new chapter in the world of mr clement. Lapin’s journey unfolds this weekend as mr clement presents to you his all-new mr clement sculpture. Being fans of mr clement we love to see how people put mr clement’s art collectables into their own perspective and interpretation of what mr clement is expressing. H O P E #3 does that, to give the bird H O P E of flying and releasing into the world? Giving us all an example that there is HOPE out there? The possibilities are within the eyes of the beholder we reckon. We are sure mr clement has a story behind H O P E but for now, we brace ourselves for the release of H O P E #3.