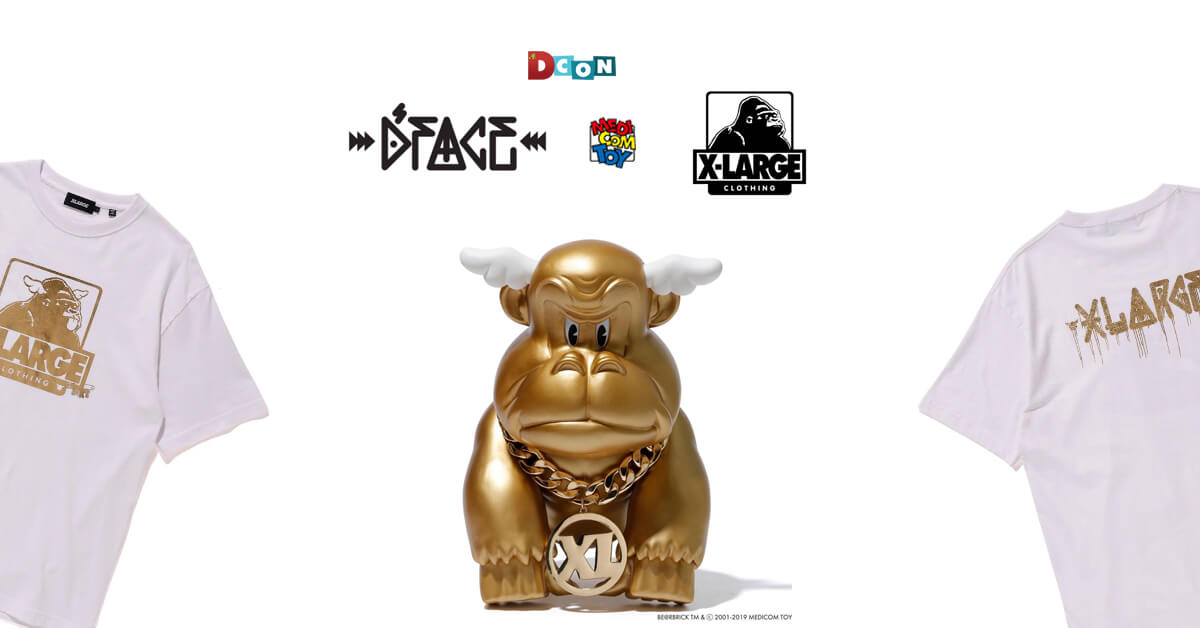 Last month, XLARGE x D*Face x Medicom dropped some HEAT on us as they announced the [email protected] release as well as XLARGE gorilla! Right outta the blue Streetwear brand XLARGE linked up with D*Face and MEDICOM to release a designer toy. Both already having previous designer art toys before. This time around with DesignerCon just over the horizon a gold edition has been touted along with a T-Shirt as Medicom will be present again at Dcon 2019.

If you’ve never heard of D*Face before which rock have you been living under for the last decade & half? D*Face”, a.k.a. Dean Stockton, grew up in London and is an English multimedia street artist, who uses spray paint, stickers, posters, and stencils combined with Los Angeles streetwear culture, XLARGE.

Check out the XLARGE BBALL COURT at Dcon too!

A pioneer of Los Angeles streetwear culture, XLARGE started as a shop in the LA neighborhood of Los Feliz, on Vermont street in 1991. Opened by Eli Bonerz and Adam Silverman, the store catered to their diverse community and was quickly adopted by personalities such as Mike D of the Beastie Boys, Spike Jonez, and Chloe Sevigny. The XLARGE clothing brand was a true reflection of its surroundings and Los Angeles lifestyle. The brand drew inspiration from work wear, vintage, and club scene aesthetics; to mid-century design, skateboarding and music influences. Iconic for its Gorilla logo, XLARGE is established as one of the originals and continues to influence generations of streetwear culture worldwide.