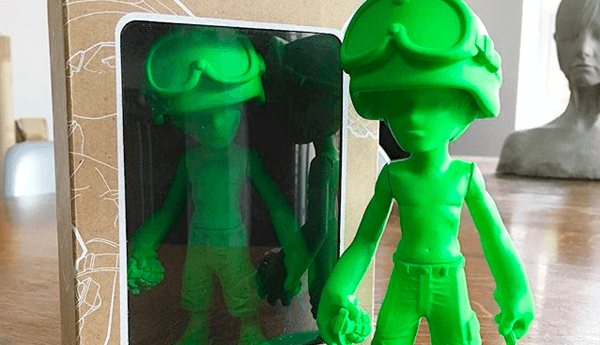 Sometimes all it takes is a second. A second to recognise that something is so f’n beautiful that it’ll instantly sit well within your Designer Toy collection. That’s exactly what happened today. We got a message from London artist, Schoony, who we have long admired for his art work and also featured his work on The Toy Chronicle – which you can read HERE. Schoony is a well-known London urban artist, his Hyperrealist sculptures question war, mortality and contemporary society. Schoony, however, is moving over to the toy world and bringing along his most iconic sculpture – Boy Soldier. His first release will be a 6inch vinyl GLOW-IN-THE-DARK release of the Boy Soldier, and to say we’re excited would be an understatement. 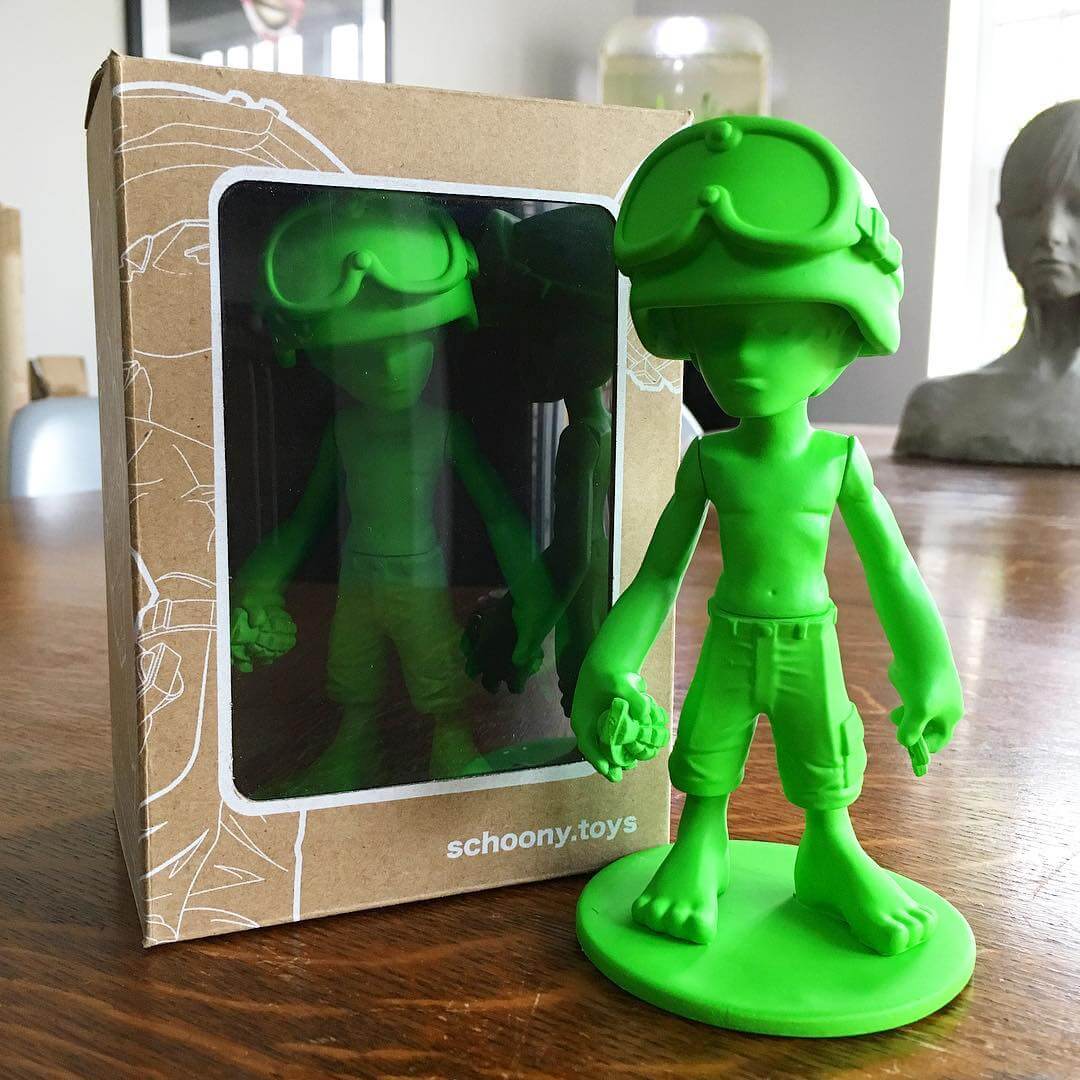 There are no definite plans on the release of Vinyl Boy Soldier, yet, but late September looks to be in play. We’ll obviously keep you posted on more details, once they become available. For now though, go give Schoony a follow on Instagram, Facebook and Twitter!