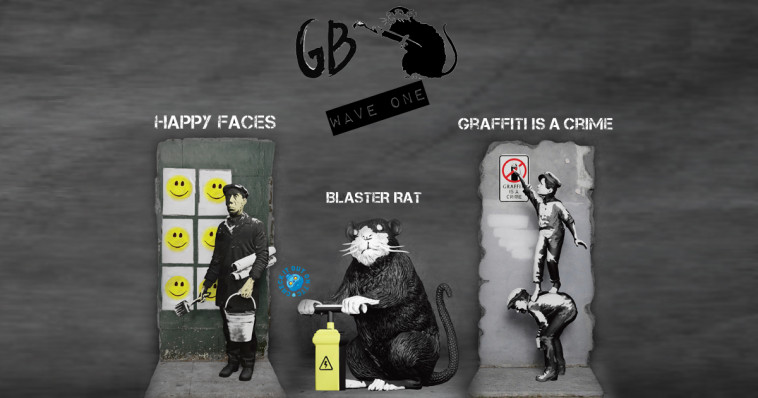 Get your display space ready as the notorious Brandalism are ready to invade your collection with more art collectables inspired by the works of Banksy! Queen M and UK anti-advertising initiative Brandalism have teamed up to release what is to be a line of exclusive limited-edition figures inspired by the works of Banksy.  The Brandalism catalogue keeps on growing and now prepare for GRAFFITI IS A CRIME x HAPPY FACES and BLASTER RAT.

First up is an 8-inch collectable figure that is a homage to Banksy’s statement on vandalism in general, depicting two young boys standing on one another, ready to vandalize a posted sign stating “GRAFFITI IS A CRIME” with a can of spray paint.

And the last collectable figure in the first wave is the 8-inch “BLASTER RAT”, which features a rat ready to detonate something explosive.

The three limited-edition collectable figures will be sold individually for $199 + S/H or as a set of three for $450 USD + S/H.  Each figure will come individually packaged in a high-end, museum-quality, embossed collector box that will include a certificated NFC chip of authenticity card, a paper certificate and a pair of white gloves.  The inaugural launch of figures will only be sold on www.getbrandalism.com and drop soon on a yet to be announced date. There is an email sign up for drop notification and obviously, keep up to date here at The Toy Chronicle.  More waves of exclusive limited-edition collectable figures will drop in future TBD dates. 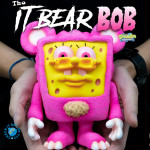