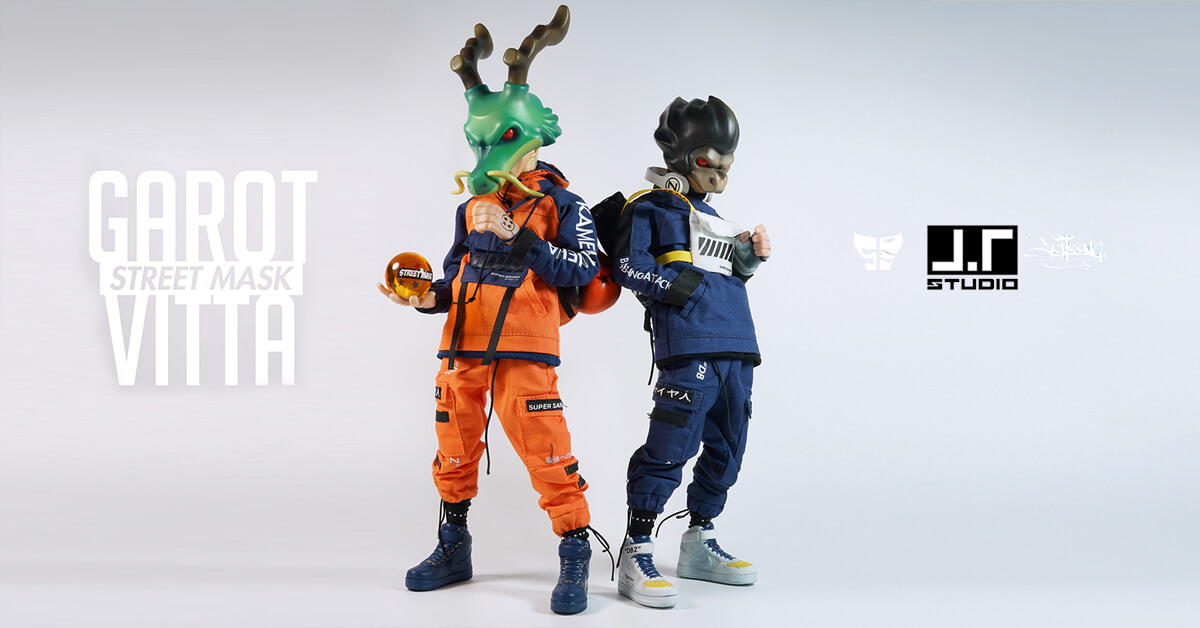 The countdown has begun! Prototypes showcased at BTS 2019 and now its time to go super SUPER SAIYAN for J.T Studio’s “GAROT & VITTA” from the Street Mask series! J.T will be offering you GAROT & VITTA singly or the bonus pack with the exclusive APE GT head. DBZ tuned hypebeast? HA.

Street Mask
In these street that fills with countless hypocrites there are two clans, one is those who fight for their dreams, the “Crazy D”; And the other that seek to destroy their dreams, the “Night M.” had commence a street battle of light and darkness.

“Crazy D.” The fanatics that follows their own dreams, and each being the best in their field of expertise in street style. They formed the “Crazy D” and sworn to protect the dreamers that pursue their dreams.

“Night M.” They wore mask so no one will know who they are, jealous and envy of the people that are better than them, they strike and break their achievement and dreams with despicable ways in the dark just to fulfil their own selfish desire.

Underground Fighting is ruleless fight club in East street. Attracting fighter around the globe to join the fight. Garot is nature born fighter, he indulge himself with fighting technique from around the world to strengthen his own. to the point that he joined Underground Fighting(UF). Upon claiming victory from the UF, he received the ultimate title of UF – the APE – GT mask.

Vitta Upon being defeated by Garot in UF and gaining the runner up title. Vitta started extreme training, but still his effort could not match with Garot skills, which leads him to the usage of power enhancing drug. Night.M saw the opportunity and gave him The Unknown Power.

• Free Shipping to worldwide while Pre-order

• Hair is all handmade, Each one may be slightly different