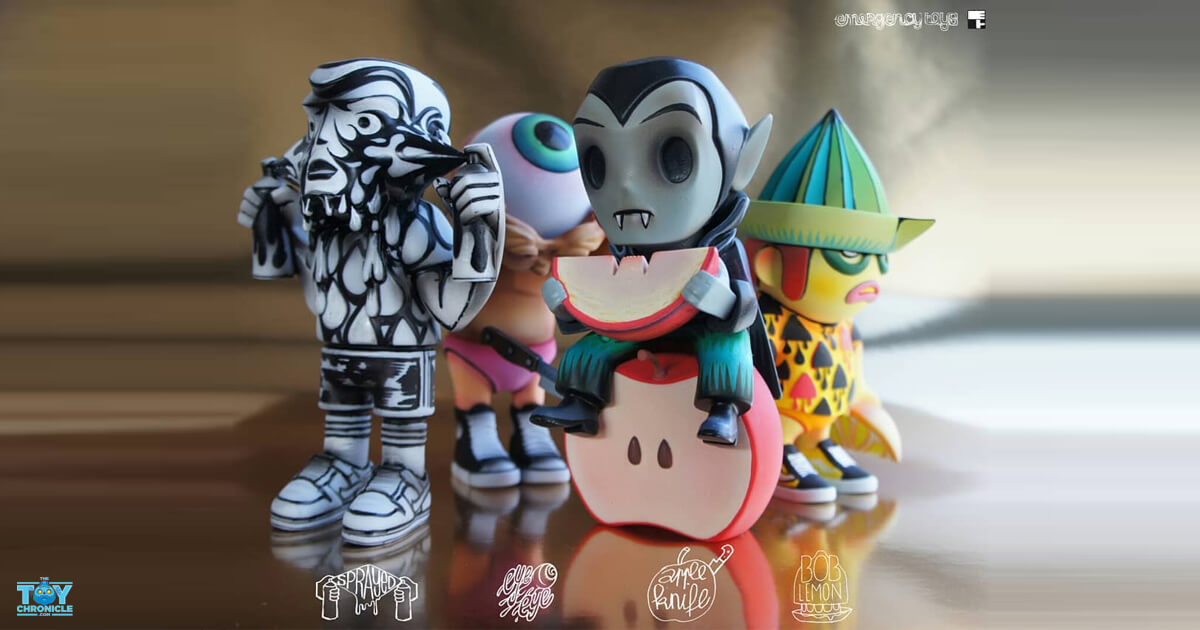 Can you believe it has been over 10 months since we featured our buddy at EMERGENCY TOYS! Right timing as the world is under a state of emergency to check on EMERGENCY TOYS fantastic creations! right? Since the last time HERE, Major developments have been made to BOB LEMON x SPRAYED x EYEYE and our favourite APPLE Knife The Vegan Vampire. Ranging from packaging and rigorously colour testing making us wait in anticipation. We bring you great news if you are after the GANG OF FOUR.

Time to call 999, it’s EMERGENCY TOYS he’s out to take our bank account and shelf space! Ha. After endless months of IG spying, seems like France based artist EMERGENCY TOYS is ready to take his freaking awesome prototypes into final stages of production. It began with a series RIDE and then if you’ve been hooked on EMERGENCY TOYS IG you would know EMERGENCY TOYS just kept upcoming with more fantastic designs. Apple KNIFE the Vegan vampire, SPRAYED, MATCH MAX, EYEYE and many many more. EMERGENCY TOYS distinctive edgy style has certainly caught our eye. Below is a sample of EMERGENCY TOYS, WARNING prepare your bank account.

A sign of the GANG OF FOUR creeping closer for the official launch?

Stay tuned for further updates. If you want to be one of the first to own one before general sale message EMERGENCY TOYS via Instagram and quote The Toy Chronicle sent you for a commission edition of the Gang of Four.