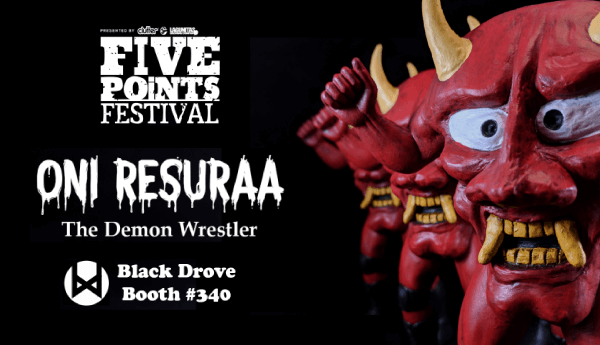 The Demon Wrestler is making an entrance at Five Points this weekend for his debut. Oni Resuraa by PNL Toy Works will be dropping an elbow on all those folks that cross its path in NYC. 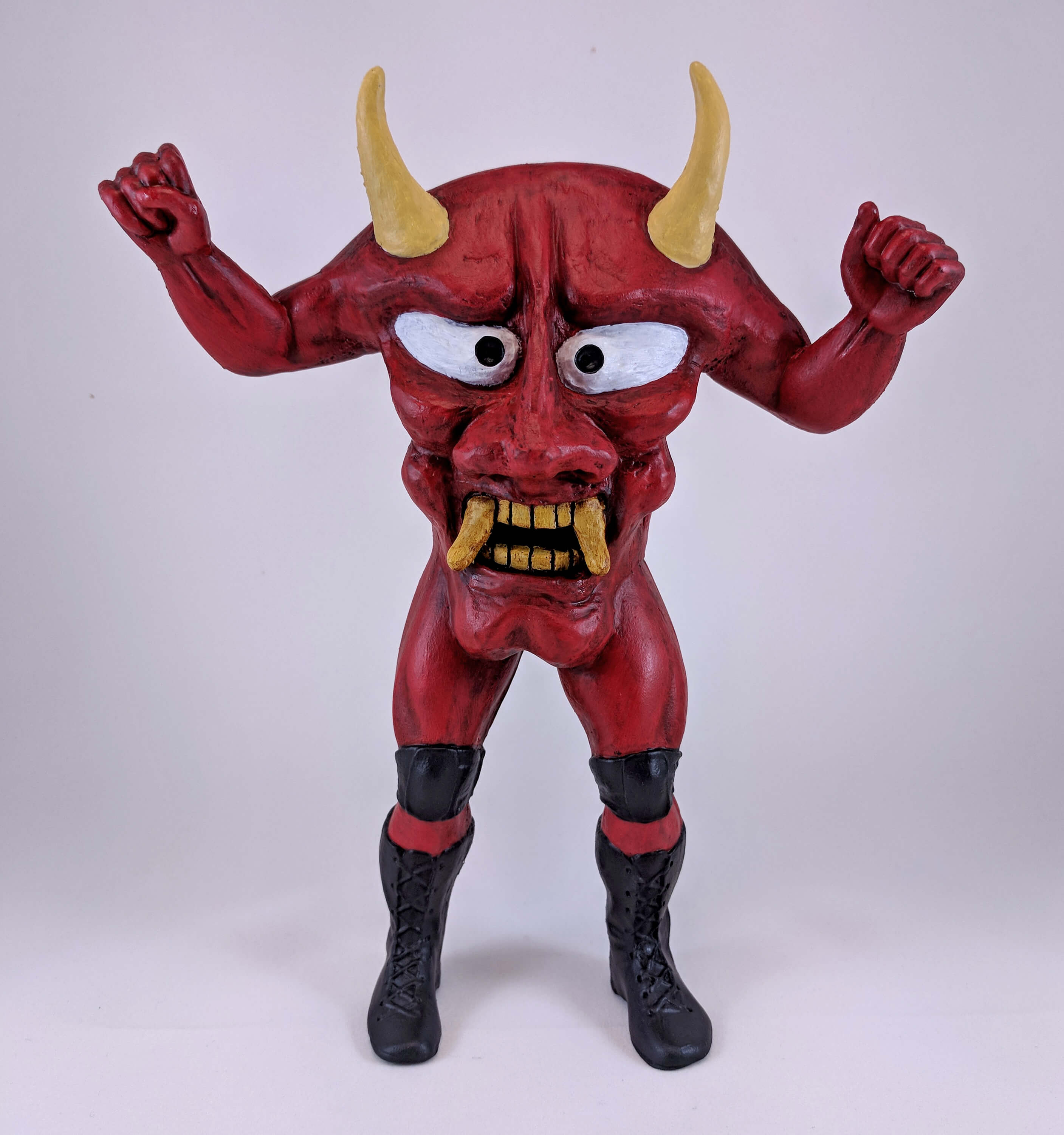 Standing at around 8inches tall, Oni Resuraa will be limited to five pieces at Five Points. Priced at $50 each. M.U.S.C.L.E. fans may recognise the arms & legs of Oni Resuraa, it’s because the toy is based on those lovely rubber wrestling figures. Each Oni Resuraa comes with its M.U.S.C.L.E. tribute header card that explains Oni Resuraa’s tormented past. You’ll be able to find Oni Resuraa at the Black Drove booth #340 as part of a wider collaboration with other similar artists. We have news to bring you from the Black Drove booth, so if this kinda thing is your thang, keep your eyes on The Toy Chronicle over the next day or so. It’s in the queue.