Once again  Violence Toy managed to surprise us in the most awesome way with a brand new toy line. Introducing Creepies, 6 MaBa inspired sofubi figures with amazing backstories and some familiar faces if you’re a fan of the Violence Toy world. Let’s meet them?

“A subterranean freak with an insatiable taste for human flesh. hibernating in his lair until his appetite swells. Watch out for this hairy beast creeping up on you. His bite is bigger than his bark”.

“The Tower is the servant of an ancient alien species that is now long forgotten. Lying dormant for millions of years and only to be resurrected for revenge. If your name gets added to its list, your fate is sealed.“

“Mutant Cop is a slime dripping seasoned veteran of the Death Grid. Forced to fight for freedom after being convicted for a crime he didn’t commit. Get out of his way for victory or he will be required to use deadly force.“

Clawface is a parasite life form that attaches itself to any living matter. Its current host is part of a leftover loser from the Death Grid. Don’t be captivated by its charm since it can be a little clingy.

“Reptoid is a master of disguise. Feeding off the negative life force of weaker beings and manipulating the minds of the feeble. You don’t want to be caught up in his agenda or you may be next on the menu.“

“Madman is the resident surgeon of the Death Grid. He is an expert craftsman that brings out the maximum potential of the Gorelord gladiators. Don’t worry If you need a hand, he has plenty for you to choose from.“

They stand approximately 2-2.5 inches tall, each figure comes with a plug for the bottom and omake accessory.

Available in two painted versions with either an ochre or blue base.

So, do you have a favourite yet? We love em’ all.

Want a solid piece of advice, go now to violencetoy.com and grab them while they last! 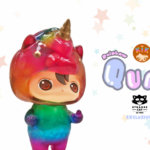 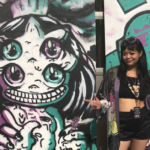