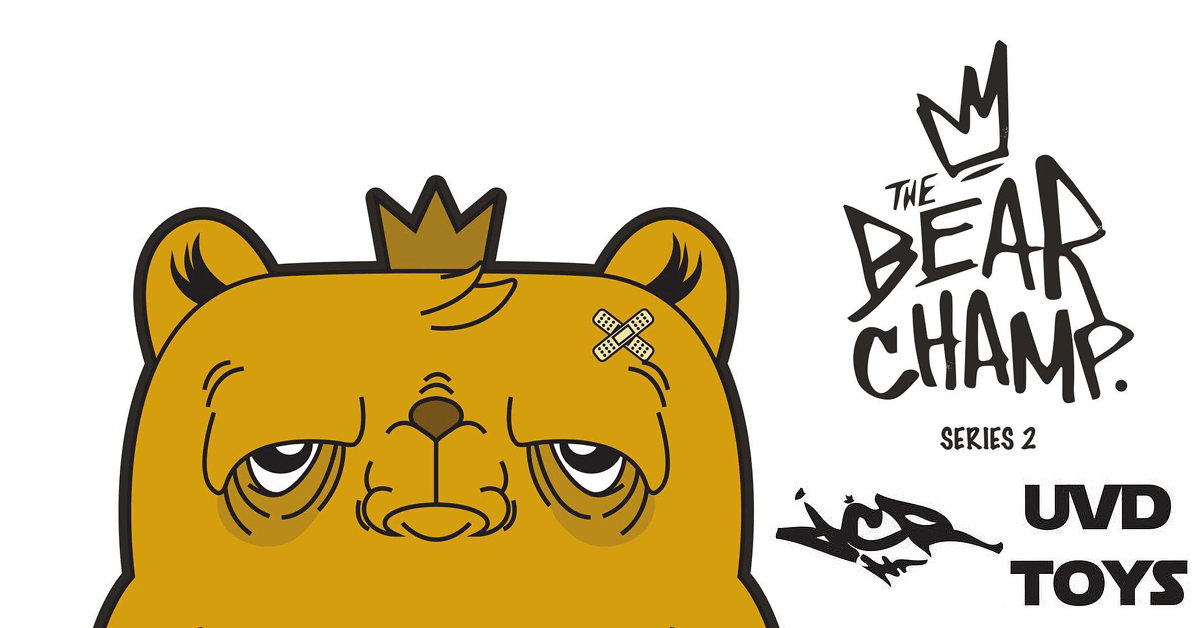 Following a widely successful series one release since DesignerCon 2018 and early part of 2019, the JC Rivera Bear Champ will see its second series begin its reveal at ComplexCon in Chicago later this month.

The full reveal & release of the first Bear Champ of series 2, the exclusive Galerie F colourway (pic above) will be available July 20-21 at ComplexCon, limited to 100 pieces. Expect an online release soon after ComplexCon if any remain of this particular colourway. Priced at an expected $50. We can’t wait to see the rest of Bear Champ Series Two as it is revealed, keep tuned to TTC for more details as they are known.