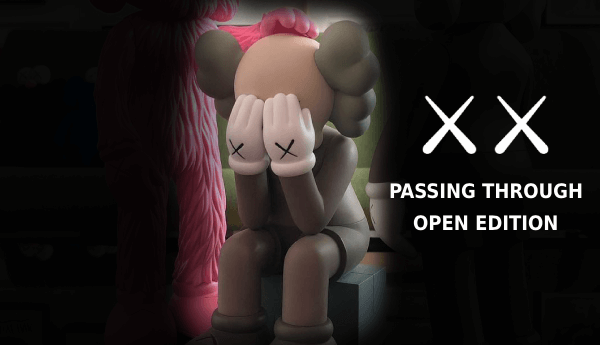 Prepare your wallets. Call your bank. KAWS is preparing for another Open Edition drop in the near future and if you’re already part of the Open Edition game, you’re not gonna want to miss out on the next instalment, right? As teased by KAWS via the power of his Instagram, Brian will be releasing Passing Through (pictured in the centre above) in the near future. For those that missed out on the 2013 original Passing Through, this is your moment to own an iconic stance of the KAWS Companion without shelling out thousands of dollars in doing so. These will likely run at around $200-$300 we would guess and Passing Through Open Edition will likely be available in all three colour ways – Brown, Mono & Black. We’ll bring you more release details once they are known. We imagine that they’ll drop early next week.