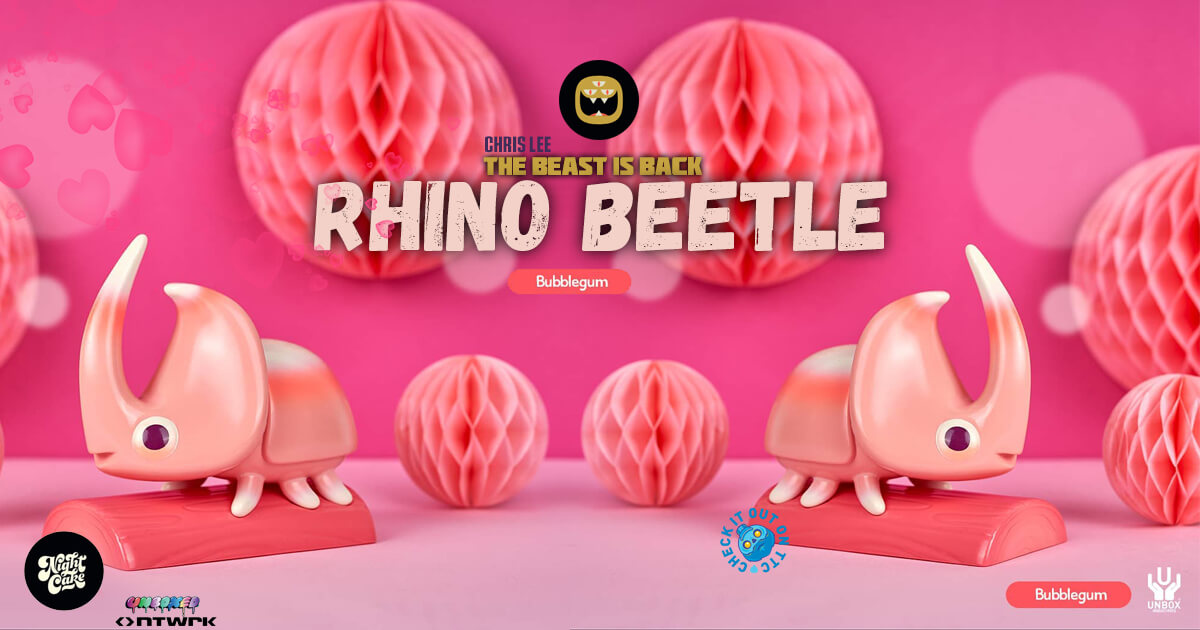 Breeding season has begun! the return of Chris Lee’s “RHINO BEETLE” Excess Bubblegum can cause the cutest evolution! Like we said on many occasions, we fell in love with the Rhino Beetle since we laid eyes on it way back in 2018 and it seems like you guys have too with each release sold out in a flash. Collectors have been wondering when the next species is coming and now you don’t have to wait much longer.

NEW species has been spotted! like we said previously, Los Angeles based illustrator and designer, Chris Lee has his uber-cool Rhino Beetle transformed into a resin art figure and now into vinyl powered by Unbox Industries. Rhino Beetle comes straight out of his Moss Kingdom series Meet the Bubblegum Rhino Beetle ready to make its debut next month via NTWRK UNBOXED event.

(all media and info lifted from NTWRK)