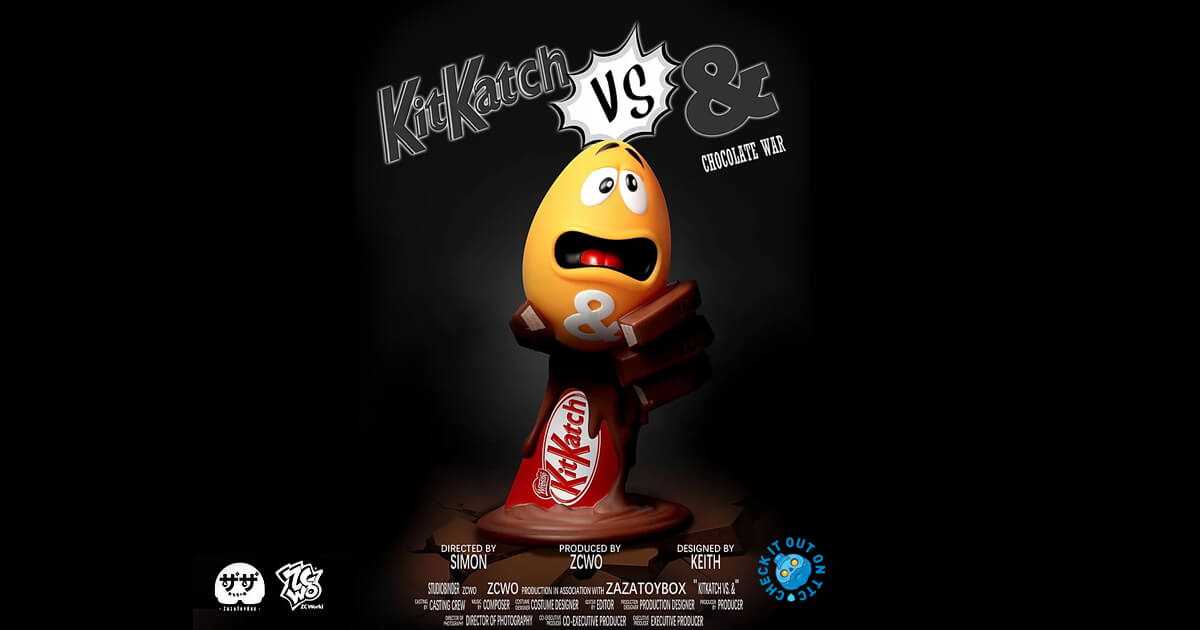 The Chocolate War has begun! One surprising collaboration release even for us! Its official, ZazaToyBox x ZCWO has joined up to present to you kitKatch vs & the first from the Cholocate War series! Two iconic Cholocate’s battle it out and now it can be part of your collection! On a diet, no worries nearly zero calories and these two won’t melt! HA.

ZazaToyBox launched at ToyCon UK in 2018 with its TBear and Zazas vinyl toys and has since collaborated with UK and US artists showcasing these designer toys in London, New York and California. In 2020. “Kitkatch vs &” is a new design by Keith from ZazaToyBox and produced by ZCWO.