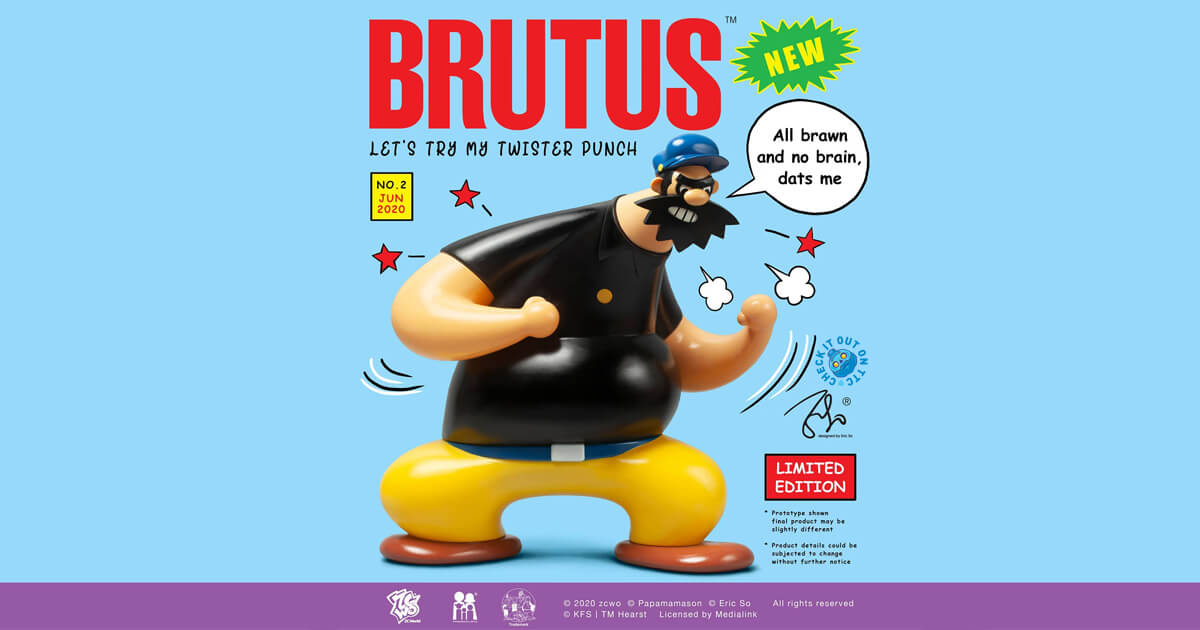 Last year you guys saw Eric So’s the rendition of The Sailor Man by Eric So x ZCWO x POPEYE and now we get to see “BRUTUS” Once again, Eric So the Multi-media artist, Creative Director of Papamamason, Art and Toy design for more than 20 years. Designer Toy OG mastermind Eric So, the living legend of the designer toy scene joins ZCWO in honour of Popeye’s 90th birthday, ZCWO are pleased to invite Eric So for another adventure on working on a POPEYE™ artist mix project. Got to dig Eric’s spin on BRUTUS! Look at his strong hands, HA! Here is Eric So’s BRUTUS whos ready to snatch Olive Oyl from POPEYE, HA.

Eric So x POPEYE ™ is going to release in this week. In the meantime, Popeye would not feel alone, his friend BRUTUS is waiting for him!! New Sailor man is coming, Eric x BRUTUS™, stay tuned!!