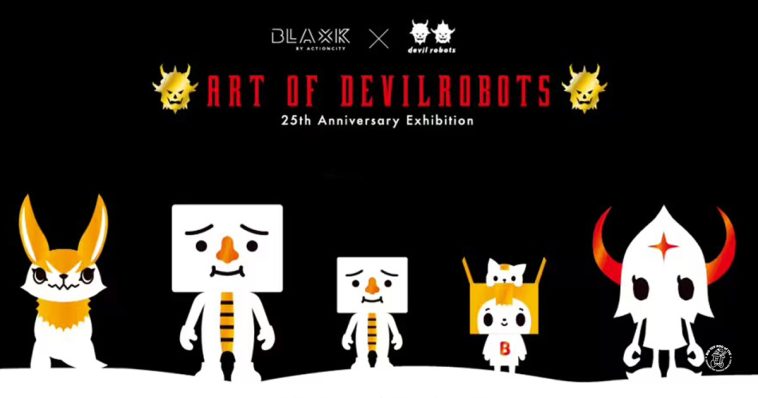 A little part of Japan heads to Singapore as BLAXK by ActionCity is proud to present The Art of DEVILROBOTS exhibition together with the Japanese design powerhouse DEVILROBOTS!

Established in 1997, DEVILROBOTS helped define the era of designer toys. They are best known for their character To-Fu Oyako and other playful creations like evirob, BOXY and MIMILA. This exhibition puts together a collection of original artworks, collectible art prints, and exclusive art toys to celebrate DEVILROBOTS’ 25th anniversary for fans worldwide.

To commemorate the 25th Anniversary of DEVILROBOTS THE ART OF DEVILROBOTS exhibition puts together a comprehensive collection of original artworks, collectible art prints, and exclusive art toys to celebrate the iconic characters and amusing art which has created a strong following of fans and collectors worldwide. All paintings in this exhibition were led and painted by the Art Director of
DEVILROBOTS, Mr. Shinichiro Kitai (“Shin”). Original DEVILROBOTS Artworks In Singapore

THE ART OF DEVILROBOTS exhibition comprises of more than 40 artworks, specially created by DEVILROBOTS to commemorate its 25th-anniversary milestone. This includes the original hand-drawn sketches specially flown in from Japan to Singapore by Shin, offering a firsthand experience of the studio to visitors from these seldom-seen-before manuscripts.

Beyond these priceless sketches which are not available for sale, the exhibition will also showcase an exciting collection of 25 pieces of hand-painted DEVILROBOTS original artworks by Shin, offering collectors the golden opportunity to own one of them.

These canvas paintings pay tribute to the muse for DEVILROBOTS’ art – especially iconic characters such as the To-Fu Oyako as well as evirob and BOXY. At the same time, to commemorate the 25th-anniversary exhibition, DEVILROBOTS specially created only one original drawing – “DR 25th Anniversary”.

Adding to the art collection showcase, there are a total of 7 MURART digital art prints with 25 editions each. MURART (“Mural + Art”) refers to the next level of art-print production, using specialized paper made from the material of Japanese traditional wall, which allows the resulting art print to resemble real art drawn directly on the wall. Among the most interesting prints displayed include the popular spoof series of To-Fu Oyako, as DEVILROBOTS spoofs world-famous paintings such as “The Scream” and “Girl with a Pearl Earring” with cheeky To-Fu Oyako characters.

Exclusive DEVILROBOTS Collectibles for Singapore Together with BLAXK by ActionCity, DEVILROBOTS produced a special series of art toys to mark this milestone exhibition in Singapore. A very limited number of event-exclusive To-Fu Oyako and evirob 5” sofubi (vinyl) figures casted in a special black-marble colourway – reminiscent of BLAXK’s signature gallery setup – will be launched exclusively at the exhibition.

DEVILROBOTS will also be releasing a ‘Artist Custom Colours series’ of 5 These are specially-painted evirob 5” vinyl figures, with each unique colourway designed by Shin and then meticulously painted on. The ‘Artist Custom Colours’ evirob figures are limited only to 30 pieces across 5 colourways. To further mark this 25th anniversary exhibition in Singapore, the studio has specifically
created 3 unique Merlion To-Fu Oyako 10” vinyl figures, each being one-of-a-kind custom colour designed by the artist. In conjunction with the upcoming Year of the Rabbit, DEVILROBOTS is also releasing their unique ‘Rabbit Kaiju’ character MIMILA in 5” vinyl figures in 2 exclusive 25th-anniversary colourways, each highly limited in numbers as well.

Beyond the various limited and highly-exclusive vinyl figures to be launched at THE ART OF DEVILROBOTS exhibition, there will be a large collection of other DEVILROBOTS collectibles available for collectors – including the highly sought-after vintage original To-Fu Oyako 100% Kubrick figure that goes all the way back to 2002. As the design journey of DEVILROBOTS started with To-Fu Oyako Kubrick, to celebrate their 25th anniversary, the team invited Medicom Toy of Japan to reboot the classic To-Fu Oyako 400% Kubrick set. This new version of Mother and Son To-Fu
Kubricks showcasing at the exhibition retains the original ratio of the figures from more then 20 years ago, but has smiling expressions to reflect the rising optimism of this year instead of the usual worried look.

Celebrating 25 Years of DEVILROBOTS’ Art DEVILROBOTS has introduced many local collectors into the world of Japanese designer art toys, with their most popular To-Fu Oyako and evirob characters gaining a huge international audience. THE ART OF DEVILROBOTS exhibition marks the 25th-anniversary milestone for this iconic brand and proudly displays the world’s first Okan To-Fu Oyako 2000% Kubrick standing at 1.4m tall. Visitors can also look forward to receiving other
event-exclusive premiums including postcards, autographed blank To-Fu Oyako
minifigures and many more.

This exhibition will be open to the public at BLAXK by ActionCity from
Saturday, 26 November 2022 to Sunday, 5 February 2023.

About DEVILROBOTS
The design team DEVILROBOTS from Japan was established in 1997 and lead by
Art Director, Shinichiro Kitai. The team is involved in many aspects of art and design
production, including graphic design, fashion, cartoon character sets, animation, and
music creation. Art Director Kitai’s most famous work, the To-Fu Oyako series, is loved
by people all over the world.
A series of Kubrick figures, in collaboration with the Japanese trendy brand Medicom
Toy, established the To-Fu Oyako figure as one of the trendiest products in the market.
To-Fu Oyako was inducted into the 7th Annual Designer Toy Award Hall of Fame
(2017), which was awarded by Clutter Magazine in NYC.
IG: @dvrb_sis and @devirobo

About BLAXK by ActionCity
BLAXK by ActionCity (BLAXK) is a space for all things pop culture, design and art.
Set up by ActionCity in September 2021, BLAXK marks the 21st anniversary and
growth milestone of the brand as the industry thought-leader spearheading the
convergence of pop culture, art and collectibles in Singapore.
Beyond curating pop art collections through partnerships with world-class artists &
brands, BLAXK inspires meaningful and deep connections between all who share a
common love for pop art and collectibles through serving as a creative and interactive
hub celebrating the vibrant growth of pop culture and community.
IG: @theblaxkspace 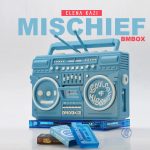 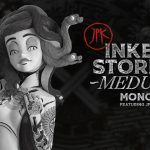