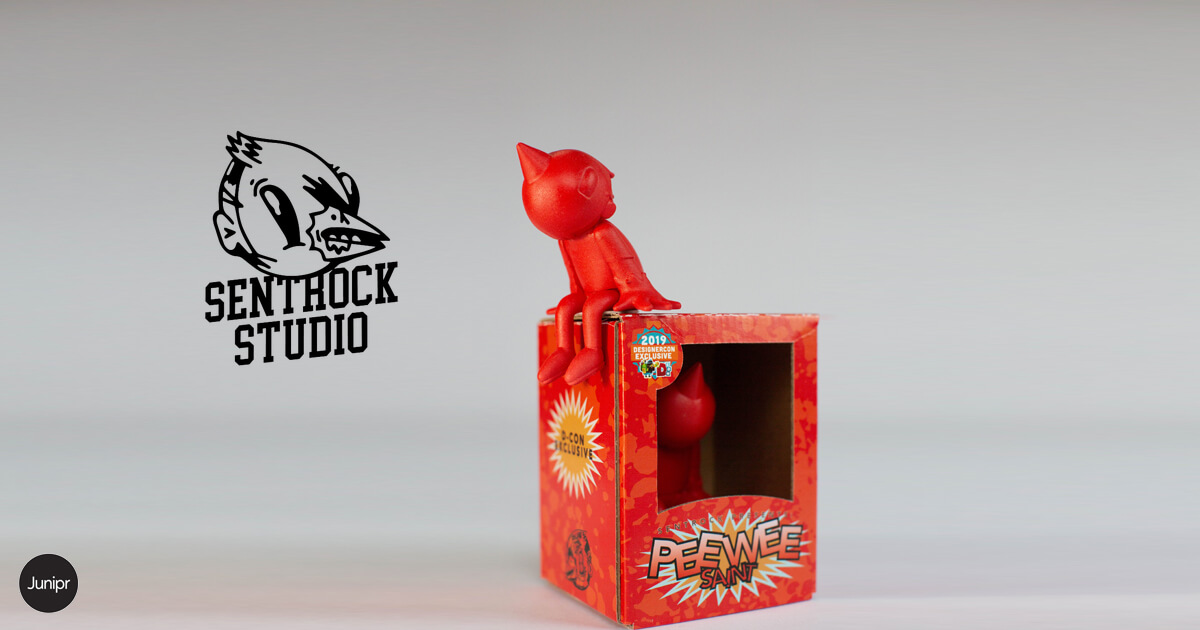 Making its debut at DesignerCon 2019 is BirdCity PeeWee by Sentrock Studio. Powered by the folks at Juniper. Chicago-based street artist Sentrock links up with Juniper to transform his 3D art into a resin figure! The inaugural piece with Chicago based street artist Sentrock, Bird City Saint wears a mask as a symbol for freedom and liberation. A reflection of the youth growing up in the hoods of America, Bird City Saint strives to add positivity to a society shackled by their circumstances. Inspiring them to strive for more and to reach higher, Bird City Saint reminds them – It is not where they are from, but what they do that defines them. Sentrock’s Second art figure comes in red as a Dcon exclusive!

BirdCity PeeWee turned out well right? We can’t wait to see what other colourways Sentrock will come out with.

Can’t make it to Dcon? any leftovers will be made available after Dcon at https://sentrock.bigcartel.com/

Sentrock is a Chicago-based street artist. Born & raised in West Phoenix, growing up in the streets quickly adapted young Sentrock to the environment surrounding him as he picked up a spray can as his first channel of expression. His early works were developed from graffiti writing in Mexican-American neighbourhood murals. Sentrock is currently developing a visual narrative with his signature bird-masked character and creating public works all across the United States.